Out now! Comic Heroes No.27 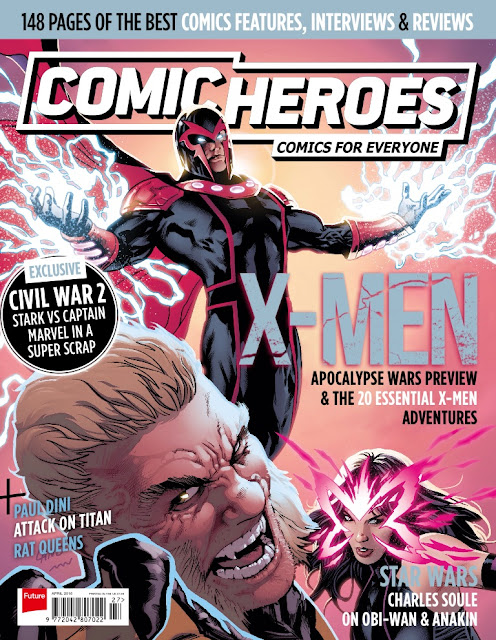 The latest issue of Comic Heroes has just been released from Future Publishing with another 148 big pages of news, reviews, and features on contemporary comics. Although the emphasis is on American comics there are a few features that should also interest fans of UK material. One such item is a look back at forgotten British indie comic The Savior, which was Mark Millar's controversial debut. As a bonus, the article includes pages drawn by Nigel Kitching of the never-published seventh issue of the title. 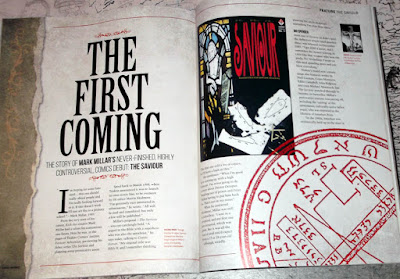 There's also a nice lengthy feature on IPC's Action weekly with comments from Pat Mills. Anyone well versed in the comic's history won't really find much new information here but it's still an important article for readers who are unfamiliar with the title. It's good to see Comic Heroes again devoting some space to covering UK comics history as it really is in danger of being forgotten. 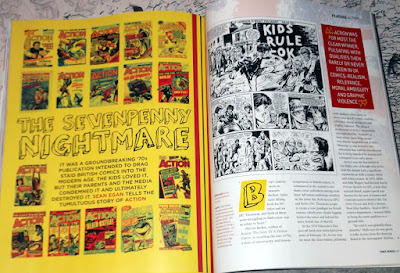 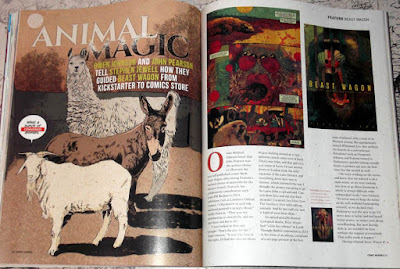 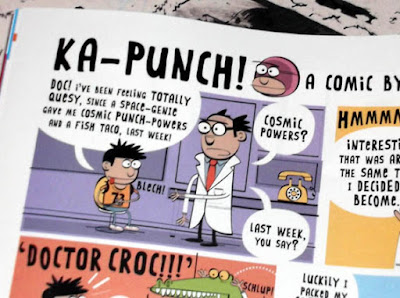 There are tons of other features in this issue of course. As the cover shows, the X-Men are quite prominent inside, and there are articles on Attack on Titan, the revamp of Archie comics, interviews with actor/comics writer Noel Clarke, Daredevil writer Charles Soule, Civil War 2 writer Brian Michael Bendis, and much more.

It's just a shame that Comic Heroes is only published quarterly, as there's so much going on in the comics industry that it really needs a more regular magazine to keep up with everything. Yes, websites have supplanted print news mags for the most part, but personally I still find print a more comfortable experience for long term reading. Whether Comic Heroes ever increases its frequency again is down to sales of course (it used to be bi-monthly) and sadly I've noticed less shops are stocking it now. My local newsagents and WH Smith have dropped it, despite it selling, and I had to travel ten miles out of town to buy a copy, where it was still in short supply.

Comic Heroes No.27 is in shops now at £7.99. If you have problems finding a copy, you might consider subscribing at:
http://www.myfavouritemagazines.co.uk/CHSUB
Posted by Lew Stringer at 00:12

The problem with Comic Heroes is, as in its previous incarnation, it's so blooming expensive at £7,99... a few quid more than the similar-sized SFX from the same stable.

I suppose the higher price is an incentive for the news trade to keep it on their shelves for three months but it is a bit steep for the consumer. Then again, three US comics would cost more, and take less time to read.

My local WH Smith seem have dropped it too, which is a shame, and a shock. Their sci-fi mag section is well-stocked.