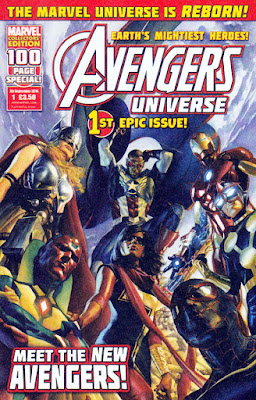 With the Secret Wars crossover saga ending in Panini UK's 'Marvel Collectors Edition' reprint comics this month, it's all change for the titles in August. Most of the comics will be revamped with new first issues kicking off new storylines. Avengers Universe No.1, goes on sale 11th August, reprinting the first issues of Marvel's All-New, All-Different Avengers.

That same day will also see two other Panini comics relaunched with new first issues. The Incredible Hulks No.1 bids farewell to Bruce Banner, as Amadeus Cho becomes the new Totally Awesome Hulk, while Wolverine's female clone takes the title role in Wolverine and Deadpool No.1.

Also coming up, Doctor Strange replaces Daredevil in The Mighty World of Marvel. If you haven't been following Marvel comics for a while, August will be a great time to jump on board. You'll find the Marvel Collectors Editions in most branches of WH Smith (and some selected newsagents) with 76 to 100 pages an issue for just £3.50 each. With prices of imported U.S. comics set to rise thanks to the falling pound, this is a perfect way to keep up with Marvel at a reasonable cost. 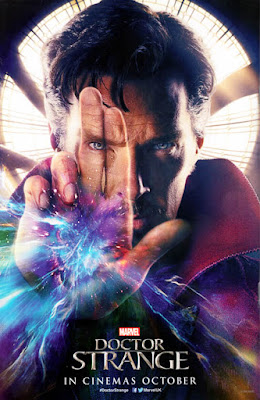 They really shouldn't have used the headline "meet the NEW Avengers", because New Avengers is actually the name of another team.

I'm surprised they kept Incredible Hulks. Totally Awesome Hulk is currently the only Hulk comic book being published, so they'll have to fill it with either classics or non-Hulk material.

I see they're returning to the Collector's Edition branding. Should've done so with the Secret Wars tie-ins really, because those are not Marvel NOW! comics.

In one of the latest CE's it says that "most" of the CE's are relaunching - so I wonder which one (or more) won't. I would have guessed MWOM as there is no need to, although as you point out Lew if they are going for the Doctor Strange audience with the reprints perfect time to get people on board with an all new #1.

Astonishing Spidey doesn't look to be relaunching immediately - it's gone from Secret Wars straight into a new story (Spider-Man vs the X-men). Also Marvel Legends always seems to be way behind the curve when it comes to revamps.

On the Marvel Now brand, no sooner are Panini dropping it, than Marvel US are bringing it back for Marvel Now 2.0!

Marvel Legends has been trying to catch up with the other MCE's recently by running two pages on one page, sideward, occasionally but time will tell if it relaunches again.

I must admit I buy very few U.S. Marvels now (except for Amazing Spider-Man, Silver Surfer, Captain America, and Vision) but I'll be following some of the stories in the Panini reprints.

Half size printing? I bet that makes the text hard to read. Unfortunately, you can expect more of the same once they get to the Standoff event, as then they'll need to make room for Captain America: Steve Rogers, and the four slots would already be filled up with the two Iron Man titles (Invincible and International), Captain America: Sam Wilson, and Mighty Thor.

Essential X-Men will be late relaunching too, the current issue wraps up the Black Vortex event, they're still a couple of months away from even hitting Secret Wars.

Spider-Man & the X-Men only ran for six issues between Death of Wolverine (which has recently run in Wolverine & Deadpool) and Secret Wars. Running it any sooner could've been considered a spoiler, but it's short enough that Astonishing Spider-Man can clear it out in two issues. I expect it'll relaunch after that.

The text was fine. I think they enlarged it a bit to compensate for the half size printing. As the lettering is on a separate layer they can do that.

As for them falling behind, I don't think it'd be necessary to reprint all the Sam Wilson issues. They need to be selective. After all, they don't reprint all the X-Men comics, and they skipped all the Hickmsn Avengers comics (thankfully).

I have stated to pick up the odd UK Marvel title recently and enjoying them , very good value for money and excellently packaged. The recent Dr Strange reprint being my favourite so far with the new Silver Surfer not far behind. I understand why they don't do too many reprints from 60s/70s but wish they would.

Checked in WHSmith, you're right about Hulk's backups. Advert for next issue specifically mentions them.

Whilst I've been reading the CEs for donkey's years, I'm looking forward to what happens next. I love how Marvel Comics constantly evolves. Change is stagnant, I feel. Whether it's Peter Parker eventually leaving high school or Peter David's remarkable run on The Incredible Hulk, change has been good (for the most part).

So whilst the new CEs won't be a jumping-on point for me, I'm as excited as ever. Scott Gray and Brady Webb do an excellent job with consistency and building a readership. The CEs are in good hands.

So the Collector's Edition logo is back? Surprised they didn't do it for the tie ins as they weren't really Marvel Now related. As for Marvel Legends yeah, I did notice they were doing half size printing. I guess it's because Marvel Legends is a bit behind unlike all the other titles.

So the Collector's Edition name is back eh? I'm pretty sure it would have been better if they used it for the tie ins as they weren't really Marvel Now related. Also I can kinda understand why they're doing half size printing for Marvel Legends due to the fact it's the only one that's more behind in terms of content.

So the Collector's Edition name is back eh? I'm pretty sure it would have been better if they used it for the tie ins as they weren't really Marvel Now related. Also I can kinda understand why they're doing half size printing for Marvel Legends due to the fact it's the only one that's more behind in terms of content.

Retro, there's no need to keep posting the same comment. Comments won't appear immediately as they require my approval when I log on, in order to keep out trolls and spammers. Thanks.

Paul, the comics used to feature a lot of classic material but sadly they weren't as popular as the newer stories so they were dropped. Now they only use them as fillers.

I do miss the classic slots - hell, I'd love 60s X-Men tales in Essential X-Men - but we are living in a time of easily accessible classic stories via both reprints and the likes of comiXology. I bought Batman #232 (first appearance of Ra's al Ghul) for a very good price from comiXology recently, far, far cheaper than the copies on eBay, I might add.

There's so much great Marvel stuff happening now, I'd hate to miss out on it due to classics being reprinted. I'd have a different view if classic stories weren't so accessible via reprints.

My local WH Smith's closed in 2014 and Tesco doesn't sell the Panini Marvel comics. They don't sell Comic Heroes either even though they did sell it before it was cancelled :(

I sometimes travel into the next town or city to buy comics. Isn't there a Smiths out of town you could visit, Colin? Failing that, why not subscribe?