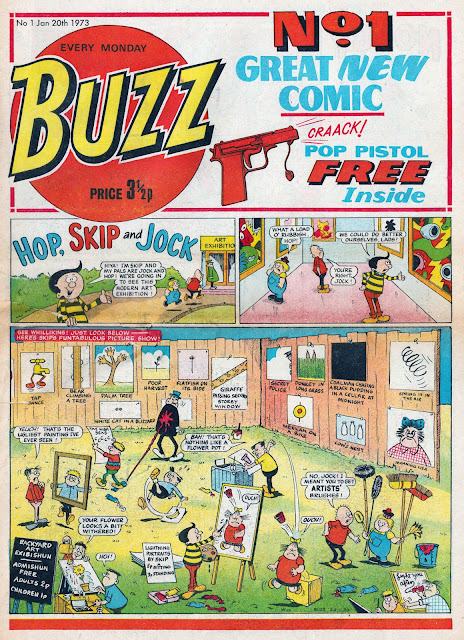 In 1973 D.C. Thomson launched their first new humour weekly since Sparky eight years earlier. Its name was Buzz and it was in the 16 page tabloid format like Topper and Beezer. This seemed unusual at the time, considering that the tabloid size wasn't as popular as it used to be.

Perhaps its size proved to be a disadvantage, as Buzz only lasted for two years before merging into Topper. For today though, let's have a look at a few pages from Buzz No.1, published on Saturday 13th January 1973...

The cover strip, Hop, Skip and Jock, was drawn by Mal Judge, who had been the original artist on Billy Whizz for The Beano. The Buzz cover strip ended with a busy large panel every week in the style of Casey Court in Chips of decades earlier.

Buzz featured no adventure strips and was 100% dedicated to humour. Amongst its contents was Skookum Skool, a typical "naughty classroom" strip, drawn by Ken Harrison... 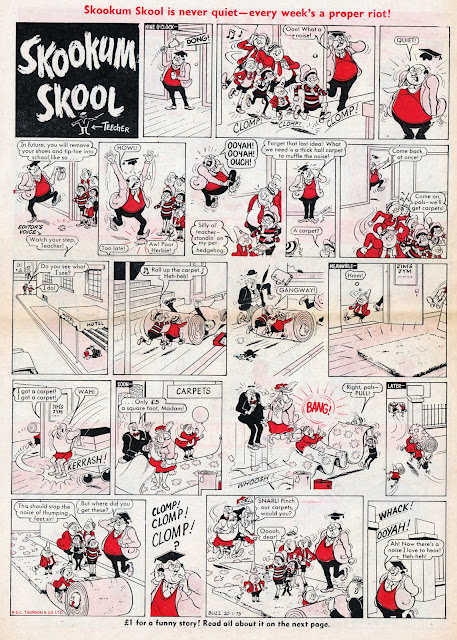 Like Topper and Beezer, Buzz had 16 pages consisting of 8 in full colour and 8 in red spot colour. The centre pages of the early issues featured The Twitz of the Ritz drawn by Bill Ritchie... 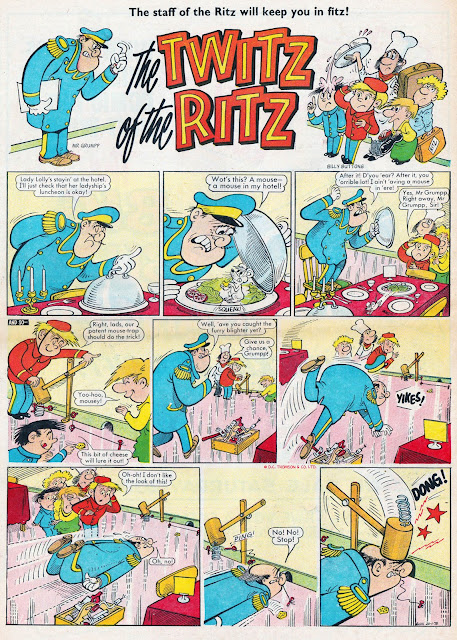 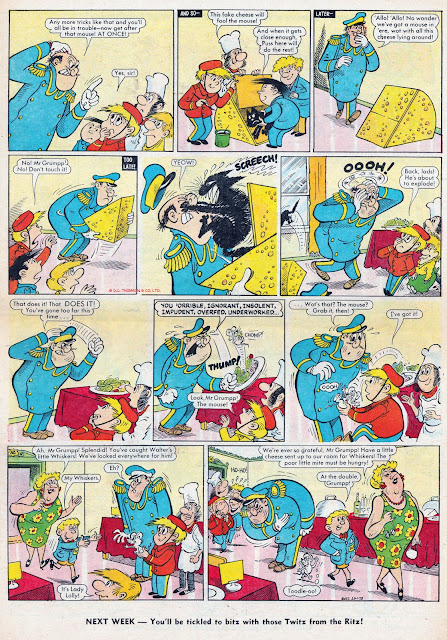 Another strip drawn by Ken Harrison was Jimmy Jinx and what he thinks, featuring a boy struggling with his conscience... 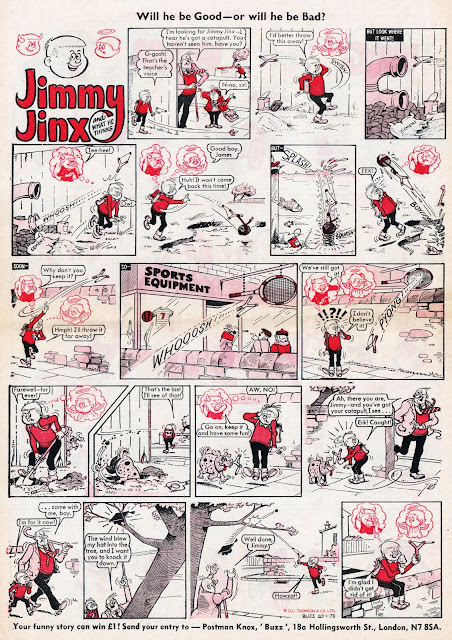 On the back page was Calamity Kate, drawn by George Martin, a master of visual slapstick... 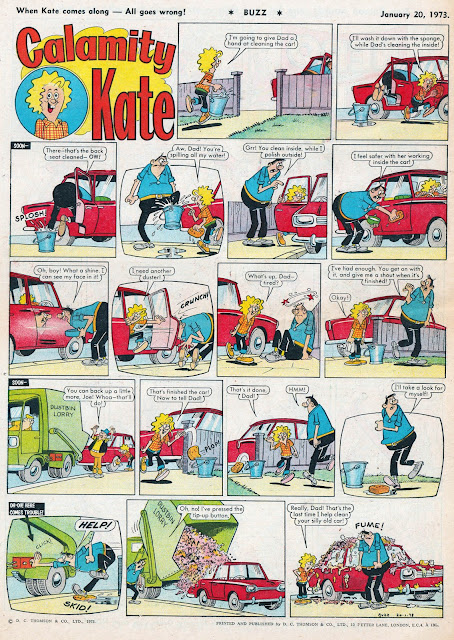 I was 13 when it was launched so I was a bit too old for Buzz but I'm sure it had its followers who enjoyed it. The comic is barely mentioned these days and I suspect some collectors have never heard of it. If you have any thoughts about Buzz, leave a comment below...
Posted by Lew Stringer at 18:52

When did school teachers stop wearing the mortar-board hat in comics (surely they did eventually)? And in real life? I don't think I ever saw one in a school.

Teacher in The Bash Street Kids was wearing one until a few years ago.

I think it was mainly boarding schools where teachers wore the cap and gown. In comics it was just a bit of comedy shorthand so readers could immediately identify who the teacher was.

Skookum Skool rings a bell. I'm sure there was a similar strip in Cracker.

It's surprising to see Ken Harrison early pages - it's so different from his later stuff like Our Wullie or Desperate Dan ! And yet, not that much dissimilar - there's already his polished inking and sense of details. Thanks for the discovery !

Ken's such a brilliant artist that he can modify his style to suit the subject matter. You're right though that his early work was a bit different. Artists take a while to develop anyway but I imagine that in his early days he was simply required to draw in a similar style to Leo Baxendale (as so many artists were required to do, to keep a formula look). His more distinctive style would be allowed to develop later when Thomsons realised what a great artist he was.

Sid, you're right, and you've inspired me to do a post on Cracker, where Skookum Skool continued as 'The Headhunters'.