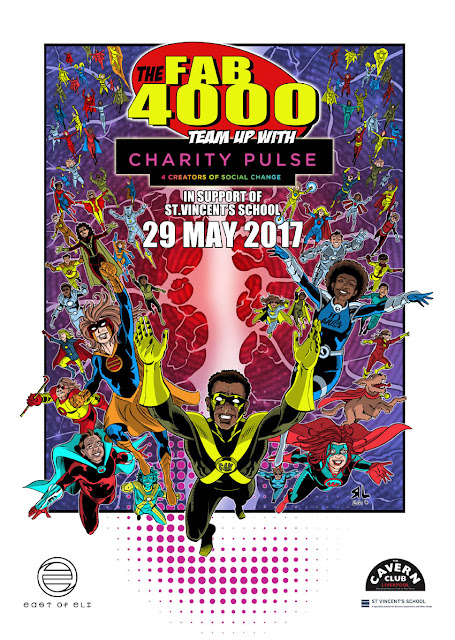 News from Tim Quinn of a very worthy project including a concert at The Cavern on Monday 29th May...

A project created by the children of St Vincent’s School for the blind in Liverpool has inspired two Hollywood stars to fly over and pay a visit to the school. Chyler Leigh, star of the US TV series, ‘Supergirl’, and her musician/actor husband, Nathan West, were so impressed by the students’ creation of a brand new super-hero comic book featuring the pupils themselves showing how everyone can help to make the world a better place, even without super-powers, that they have arranged to drop into the school and give a few drama lessons at the end of May. 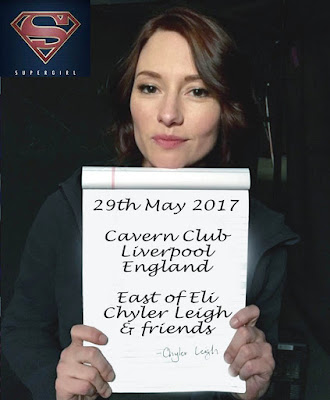 Word about the comic book spread through the cast of ‘Supergirl’ who all agree that it is a beautiful idea. Chyler and Nathan intend to help make the comic book go global via a website they are creating. They have also arranged to play 2 benefit concerts for the school at Liverpool’s legendary Cavern Club on 29th May. Chyler will be singing with Nathan’s band, East of Eli on the night and they will be welcoming the school choir on stage for a few numbers. They are also promising special surprise guests to join them on the gig, and will be holding a celebrity auction of Hollywood items. 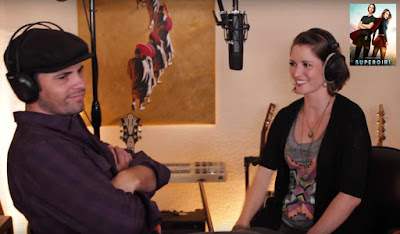 Before her role in ‘Supergirl’, Chyler was one of the leads in the award winning TV series ‘Grey’s Anatomy’.

Having spent many years of my career editing the extraordinary characters of Marvel Comics, the last thing I expected on my return to my hometown of Liverpool was to find real-life super-heroes wandering the corridors of a local school. But that is exactly what happened when I visited St Vincent’s School. I’d been invited into the school by the Head Teacher, Dr John Patterson who told me that his pupils were crazy for all things super-hero.  I hadn’t realised it was a school for the blind until I turned up there early one morning. I was moved to see that all of the students were dressed as super-heroes. It was an extraordinary sight to see them walking the school corridors with capes, masks, canes and seeing eye dogs. 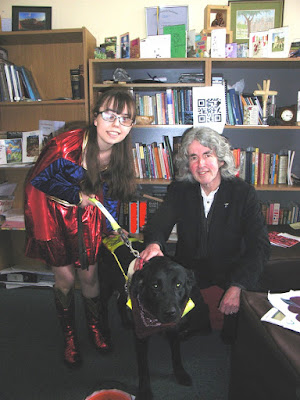 Sitting chatting with the students later that morning, I asked them what it was about super-heroes that they enjoyed so much.
“I love the colours,” said a girl, blind from birth.
“I like that they want to help everybody,” explained another student.
The children had been pulled into the super-hero world by listening to the award winning American TV series ‘Supergirl’.

Turns out that the students also enjoyed helping everybody. They had come up with a project to raise funds to send to people suffering from the blight of Black Fly in Africa. The dreaded Black Fly lays eggs in water systems causing people to go blind. Obviously a cause close to the children of St Vincent’s hearts. I’ve found a lot of heart at St Vincent’s School.

Inspired by the children, I worked with a fellow Marvel artist to create a brand new super-hero team based on St Vincent’s amazing pupils. The comic book tells the story of how they have come together to help people less fortunate than themselves. We call the team THE FAB 4000 – The World’s Largest Super-hero Team. We invite readers from other schools to get involved and become members of the team by following a simple super-hero charter that is featured in the comic.

I’m very happy to relate that the work of St Vincent’s pupils has come to the attention of the stars of ‘Supergirl’. Chyler Leigh and her actor/musician husband Nathan West were so moved to hear the story that they have arranged to fly over to the UK to visit the school and produce 2 benefit concerts for the school at the Cavern Club in Liverpool. Chyler and Nathan will be making a documentary about the children of the school and their extraordinary concept while they are in town. Chyler explains, “We think this idea is brilliant and we want to help to make it go global. We are so looking forward to our first visit to Merseyside.” 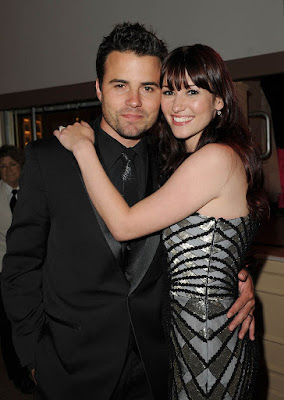 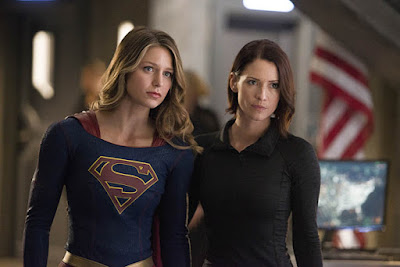 Flying straight from the cast of TV’s ‘Supergirl’ series, actress Chyler Leigh and her actor/musician husband Nathan West’s band East of Eli will be playing 2 very special gigs at Liverpool’s Cavern Club at 4pm and 8pm on Monday 29th May. The concerts are to benefit Liverpool’s St Vincent’s School for the blind. Chyler and Nathan are also bringing unique Hollywood and DC Comics items to include in an auction during the shows. PLUS: A brand new comic book will be launched by the pair that night! Look out for ‘The FAB 4000!’ 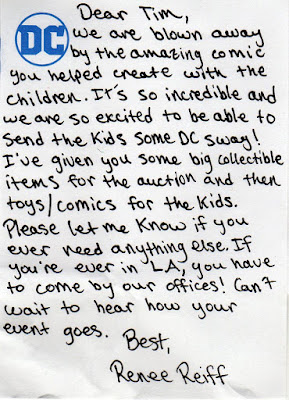 I'm hereby failing to contain my amusement at the idea of telling a school of blind children that Supergirl has flown over from America to visit them. It sounds as though they have a sense of humour themselves.

Also I remember when Marvel UK's largest superhero team was the Fantastic 400...

Well Robert, you've spectacularly misread the post entirely because that's NOT the case at all.

Also, The Fantastic 400 was created by Tim Quinn so I'm sure you'll allow him the use of The Fab 4000 for his latest project.