Out today from Panini UK... 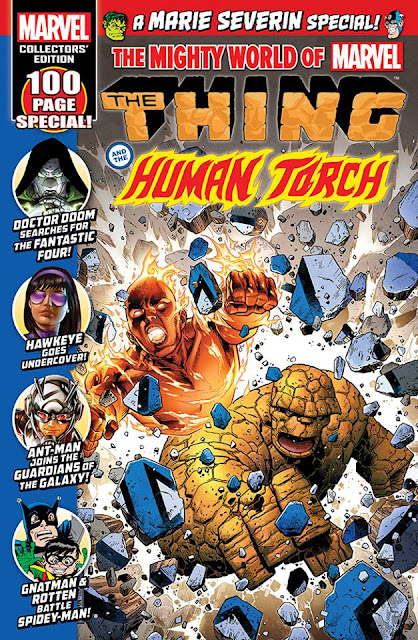 THE MIGHTY WORLD OF MARVEL #9. On sale 15th November. £4.50.
100-PAGE SPECIAL!
We celebrate the life and art of Marie Severin, Marvel’s First Lady! Don’t miss a special 5-page feature on her career, rare artwork and some of her best Marvel humour stories!

A new series begins! The Thing and the Human Torch are still in despair over the end of the Fantastic Four – but Doctor Doom has plans for them both! By Chip Zdarsky and Jim Cheung!

The Guardians of the Galaxy go in search of the Infinity Stones – with a couple of unexpected stowaways! By Gerry Duggan and Rod Reis!
Hawkeye enters the lair of the Take Back Control cult! By Kelly Thompson and Leonardo Romero!

A Marvel classic! Doctor Strange confronts the Dread Dormammu for the first time! By Stan Lee and Steve Ditko!

The Aging Spidey-Man battles Gnatman and Rotten! By Stan Lee and Marie Severin!

The Inedible Bulk tries to remember his own origin! By Gary Friedrich and Marie Severin!
Plus! Marie Severin reveals all her secrets in… “How to be a Comic Book Artist!”
Featuring material first printed in Marvel Two in One #1, All-New Guardians of the Galaxy #12, Hawkeye #32, Strange Tales #126 and Not Brand Echh #2, 3, and 11. 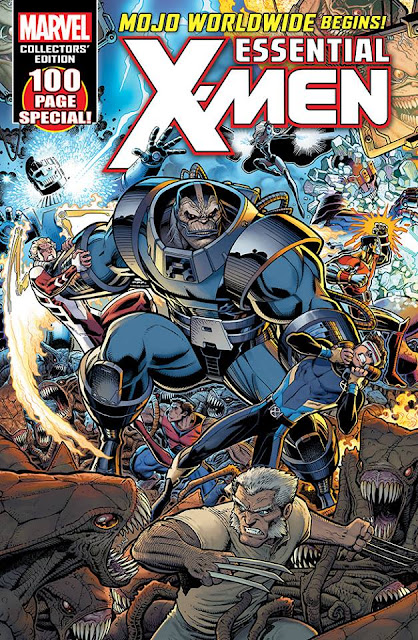 The ‘Mojo Worldwide’ saga begins now! The maniacal madman kidnaps both the Gold and Blue X-Men teams, and throws them into a nightmarish series of their greatest battles! 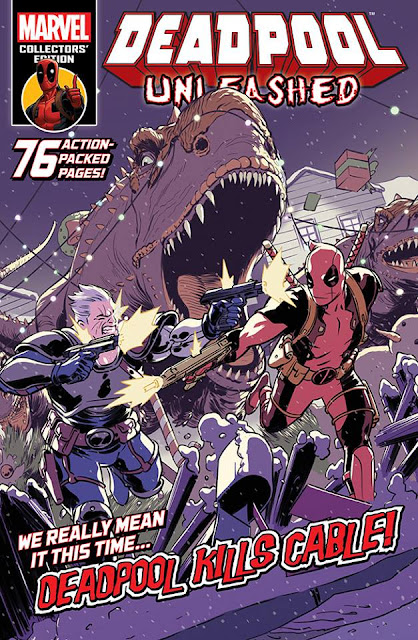 Deadpool makes a deal with Cable to take down Stryfe – but the sinister clone has a few tricks of his own! Also: will Deadpool actually kill Cable for real this time?! By Gerry Duggan and Scott Koblish!

The conclusion to ‘Too Soon?’ is here! Deadpool teams up with the Punisher, Doctor Strange, Squirrel Girl, Spider-Ham and Howard the Duck to take on a shadow demon! By Joshua Corin and Todd Nauck! 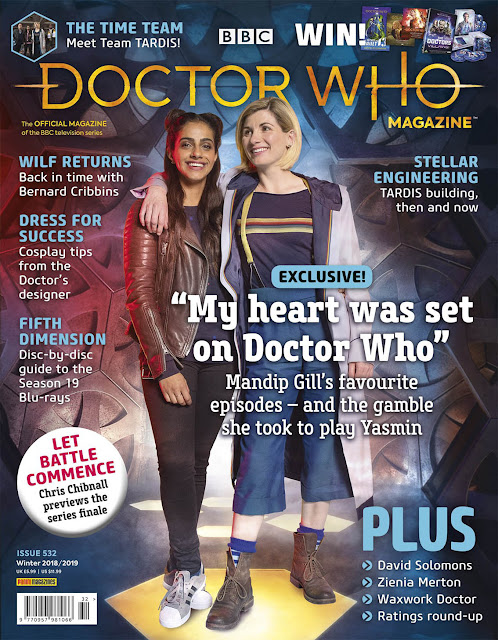 84 pages. Exclusive interview with Mandip Gill in issue 532 of Doctor Who Magazine! Plus previews of the final four episodes of Series 11, Ray Holman's Team TARDIS cosplay tips, Bernard Cribbins answers questions from our TARDIS tin, comic strips and much more! 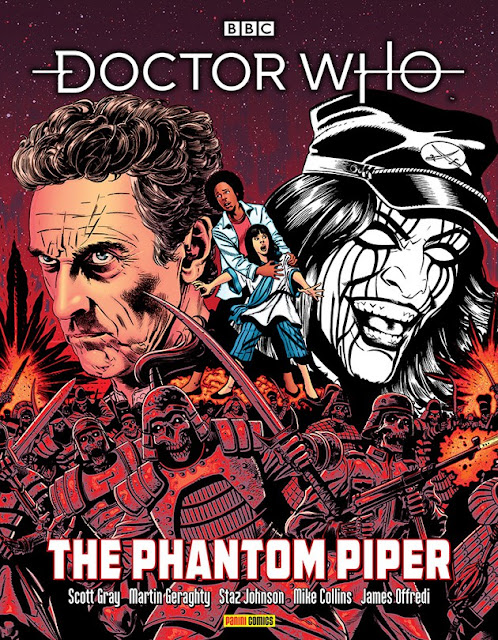 The latest Doctor Who graphic novel from Panini Publishing is here, collecting the acclaimed comics series from the award-winning Doctor Who Magazine!

The Phantom Piper stars the Twelfth Doctor (played on TV by Peter Capaldi) and his companion Bill Potts (Pearl Mackie). The Doctor and Bill are plunged into four incredible adventures…

THE PARLIAMENT OF FEAR
A journey to America’s Wild West leads the Doctor and Bill into a lethal showdown with a myth come to life: the legendary were-owls known as the Stikini!

MATILDUS
Bill finds herself in the alleyways of the spaceport Corncucopia, and meets the streetwise Kaballus Kids!

THE PHANTOM PIPER
The Time-travellers arrive in the lunar city Athenia, home to the world-famous code-breaker Alan Turing – and the android race called the Galateans! But a malevolent creature from humanity’s darkest dreams is ready to strike… The Phantom Piper!

Also: a 15-page commentary section by the creators, revealing the secrets behind the stories! Featuring never-before-published artwork, photos and character designs!