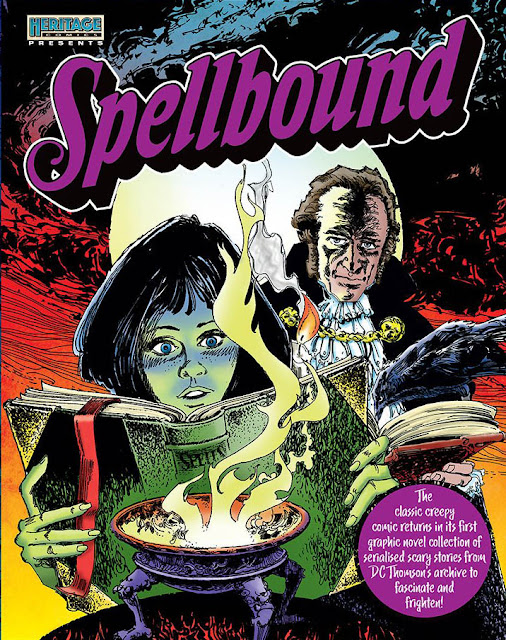 There have been rumours from D.C. Thomson's Heritage Comics department and now it's been revealed on Twitter that they're releasing a Spellbound digital book on 30th October! A mixture of classic and new stories. Info in the image below. 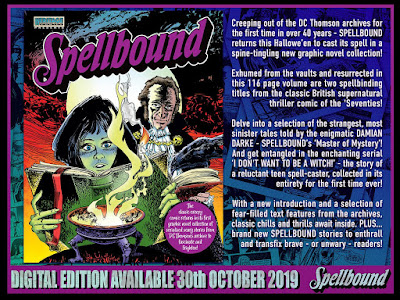 Spellbound was published by D.C. Thomson from 1976 to 1977, and I looked back at an issue the other day on a blog post here.

UPDATE: Looks like Spellbound may have encountered some gremlins. I'll post more news when it's available.
Posted by Lew Stringer at 15:01

Email ThisBlogThis!Share to TwitterShare to FacebookShare to Pinterest
Labels: Spellbound

mm.. and it just so happens to use part of the issue 8 cover you kinda 'reviewed' a few days ago ^_^

Yes, a pure coincidence I assure you. That was my favourite cover of the few for sale on eBay so I chose that one.
Obviously the editor of the new book liked that cover too!

^_^ yeah, I knew it was coincidence but I like them and it is a good image.

Well, the new cover is actually a composite of that one and another one, so I assume that art was picked because it depicts the characters in the two featured stories?

Yes, but there are other covers they could have chosen. It's a good image so they went with that one.

Yes, as I said, Spellbound has encountered some gremlins. The project is on hold for the moment but will hopefully be online again soon.