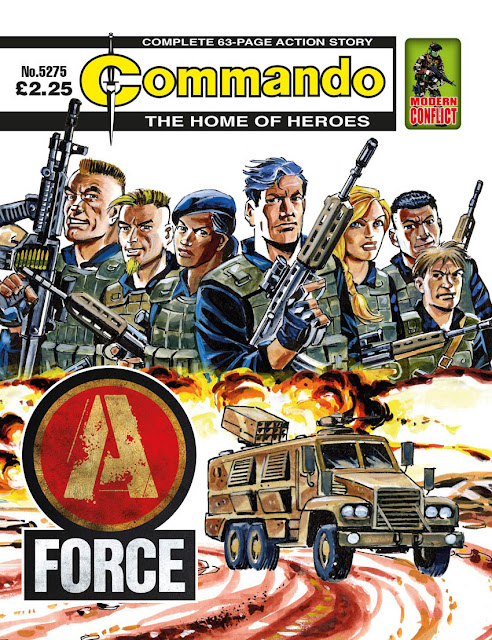 A-Force is the name of a new team of military characters making their debut in Commando No.5275, out this week. Good to see D.C. Thomson still generating not only new material in these pocket sized comics but also creating new characters to return in future issues. Here's the info direct from Commando HQ...

From the mind that brought you ‘Ramsey’s Raiders’ comes ‘A-Force’! A modern day Commando following the exploits of Jack Ramsey, Grandson of Captain Jimmy Ramsey of Ramsey’s Raiders fame. Given a crew of his own, operating behind enemy lines, fighting terrorists — can Jack live up to his grandfather’s reputation or will he be trapped living in his shadow?

It’s 1944, and the Odd Bod Squad are pushing into Germany with the rest of the Allied invasion.  Little do they know that some diabolical Germans have a last ditch plan to halt the invasion once and for all with something called the ‘Red Death Virus’. The virus is so deadly it could kill a person before they finished their final breath. And where were they developing this virus?  In Castle Sinister, of course! 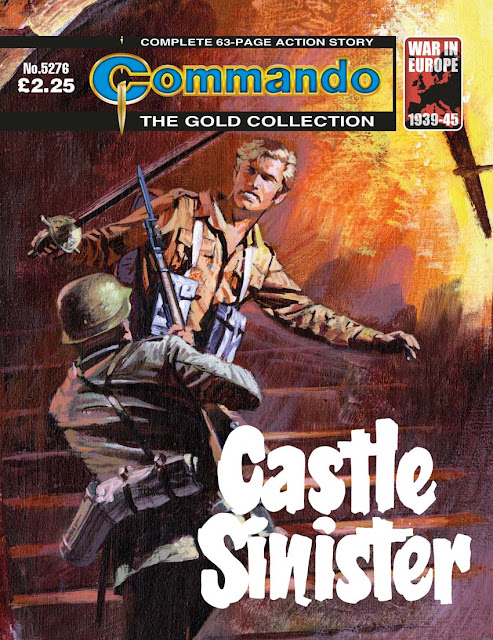 5277: Action and Adventure: Commandos Vs Zombies

Commando goes Horror for Halloween! A routine raid on a heavy water plant in Norway goes horrifically awry for a team of Commandos when they come face to face with a horde of flesh-eating zombies! A Commando issue of firsts, the Halloween issue features the first Commando comic to push the limits of art and production with edge to edge art where the only bleeds come from the zombies! 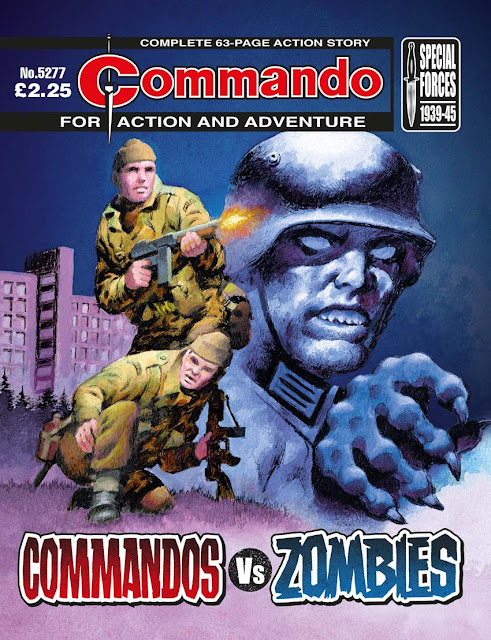 A gang of ruthless SS Death’s Head soldiers led by a savage officer called Karl Schwarz are on the loose in Bavaria, hunting and killing whoever they please. On their trail is a Wehrmacht Oberleutnant named Werner Lang, whose life depends on him catching them! If he doesn’t he’ll be up in front of an American firing squad on the charge of murder. 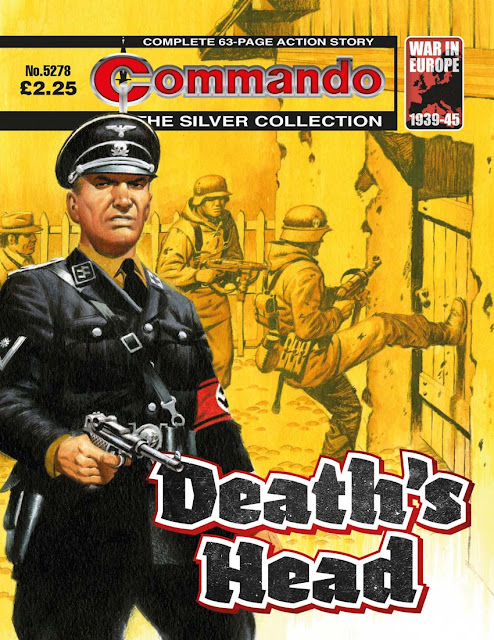 Is the Commandos Vs. Zombies issue the "something" coming from DC Thomson at Halloween you mentioned in an earlier post, or is there something else?

"A-Force". Also the name of Marvel's all-female superhero group with rumours of becoming a possible movie.

Y'know, I thought it sounded familiar! Hmm, that's unfortunate. Perhaps they can rename it Action Force. No, wait.... 😄

Carlos Pino is still around? To this diehard 2000AD reader (and also Battle for a few years - with fond memores of Charley's War, Johnny Red, etc), Carlos Pino seemed to get the B, C & D-list gigs for '-AD': E.g. Disaster 1990.
The Hunters I suppose was higher-profile, frequently being Battle's cover-story but its appeal soon faded when you realised it was a Professionals rip-off (I know, harsh, considering Hookjaw= Jaws, Death Race/Spinball= Rollerball, Dredd= a lot of Eastwood-as-Dirty Harry/Death Wish etc).
I had the pleasure of seeing Ian Kennedy talk at one of the 2000AD 40th birthday bash's panels.
- Pete Woodhouse

Not only is Carlos still working but he's also on Facebook! (As is Ian Kennedy.)