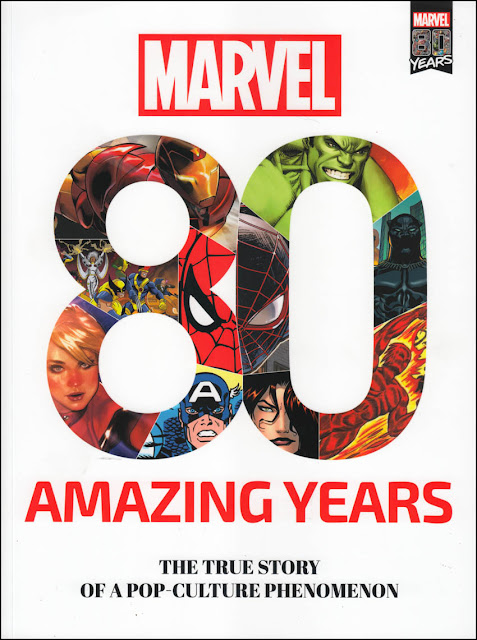 Just published by Panini UK is this 176 page bookazine celebrating the 80th anniversary of Marvel Comics. This is the English language version of an international edition and the translation from Fabio Lacari's original Italian text seems a little stilted in places. However that may be due to it being written for all ages, as this is mainly a book for readers unfamiliar with Marvel's long history. 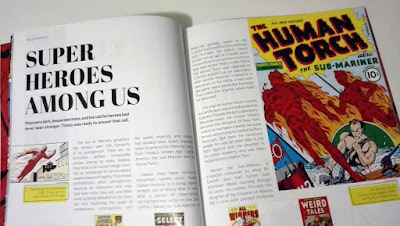 Chapters take us through key points of 1939 up to the present day, and the bookazine is richly illustrated with plenty of artwork from each era. It reaches the 1980s halfway through the publication so it's evenly balanced chronologically. It's firmly focused on the history of Marvel USA though, so don't expect to see anything about Marvel UK beyond one measly sentence on page 110. Surprisingly the Marvel movies aren't covered either, or the games, but it makes a refreshing change that the text is solely about the comics and their creators rather than diverting off at a tangent. 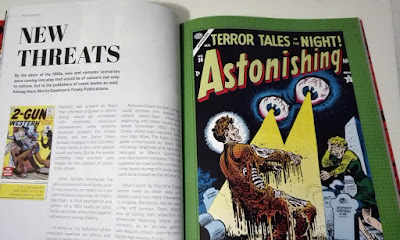 If you have a youngster (and these days I include anyone under 30) who's into Marvel then this would make an ideal Christmas stocking stuffer. Older readers may already know Marvel's history inside out but it's still worth it for hardcore collectors too. 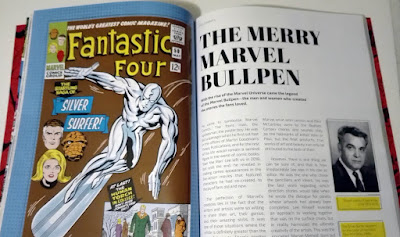 Marvel 80 Amazing Years - The True Story of a Pop Culture Phenomenon is out now in WH Smiths (and hopefully elsewhere) for £12.99. 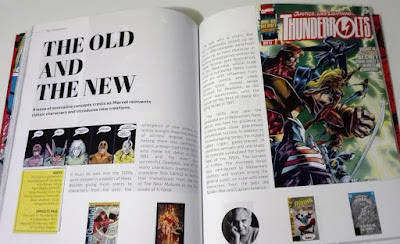 Forbidden Planet in London had copies yesterday with £2 knocked-off the cover price.

Is it hardcover or tpb?

As said, it's a bookazine. A magazine, not a book.