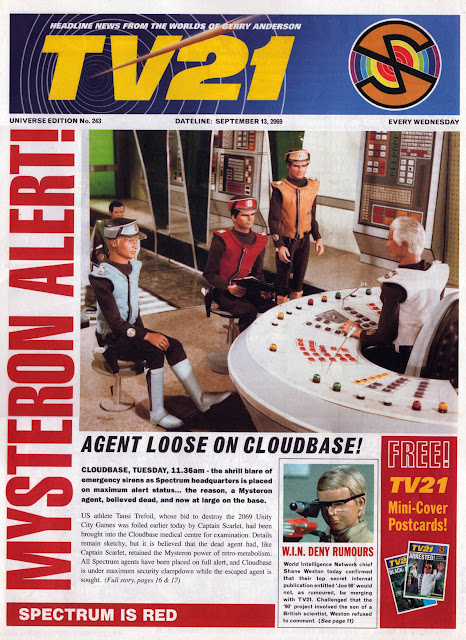 Five years ago, Network produced a special one-off issue of TV21 as part of their Supermarionation box set. Well, the good news is that copies of that comic, and its free gift, are still available to buy from the Official Gerry Anderson Store! 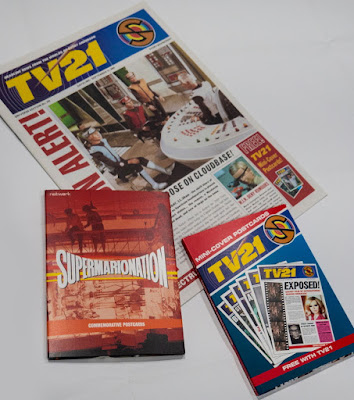 Basically, this is a complete 24 page comic, tabloid sized like the original TV21 of the 1960s with all-new material. Its numbering continues from TV21's first series before it was relaunched as TV21 and Joe 90. The premise is that it's an issue from an alternate history where that revamp never took place and TV21 No.243 was published in September 1969 instead of TV21 and Joe 90 No.1. Brilliant eh?

Strips include all the Gerry Anderson properties that were around had the comic actually been published in the 1960s, so that means Fireball XL5, Stingray, Thunderbirds, Joe 90, Secret Service and more! 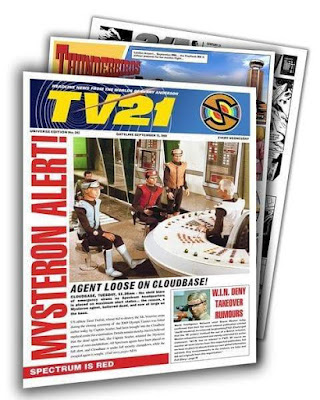 That's not all. The comic comes complete with a set of six Mini-Cover Postcards showing the next six covers (had they been published)... and an exclusive Supermarionation Nostalgic Postcards set.

So, set course for 1969 on a parallel Earth... or just visit the following link to order your copy!
https://shop.gerryanderson.co.uk/products/tv21-special-edition-universe-edition-243