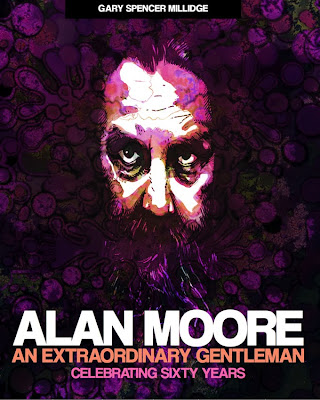 A biography of Alan Moore's life is now at a screen near you. An iPad screen that is, as comic creator Gary Spencer Millidge has unleashed Alan Moore: An Extraordinary Gentleman as a full colour 16 page comic exclusively on the iPad and the iPad mini. And it's free! 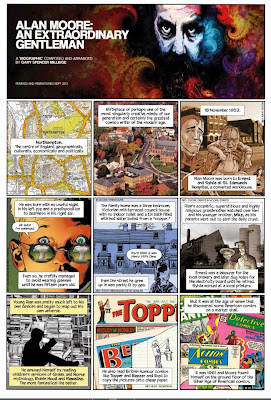 A version of the strip appeared ten years ago in the book Alan Moore: Portrait of an Extraordinary Gentleman, along with contributions from many other comic creators (including myself). That book was published to commemorate Alan's 50th birthday, so Gary decided to update his story for the writer's 60th (which is on November 18th) with four extra pages. 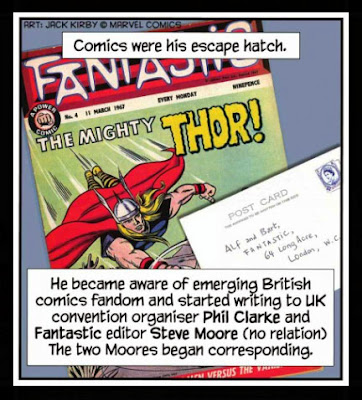 Gary appreciates that not everyone has an iPad so won't be able to access the comic. (He doesn't own one himself either.) However, having downloaded the comic earlier I can thoroughly recommend it for any of you who do have the device. Gary has cleverly used images from comics that are relevant to Alan Moore's life story and it makes for an engrossing read. If only all biographies were as entertaining as this! 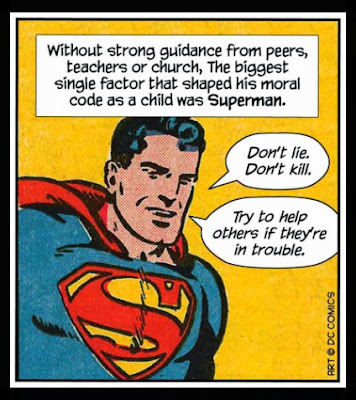 You can read much more about the background to this digital comic at Gary's blog: http://millidge.blogspot.co.uk/2013/11/electronic-al.html

To download the comic Alan Moore: An Extraordinary Gentleman you need the free SEQUENTIAL app for the iPad which can be found here:https://itunes.apple.com/gb/app/id629759394?ls=1&mt=8

I wrote an essay for one of my "A" levels, (probably General Studies - the best part of upper school life), in which I stated that I got most of my moral guidance from Marvel Comics. I got an A. I think Jack Kirby must have been on the marking team.

Yes I can put down a lot of my moral guidance to the writing of Stan Lee in sixties Marvels. I'm talking about truth and honour of course - not stereotyping Communists. :)