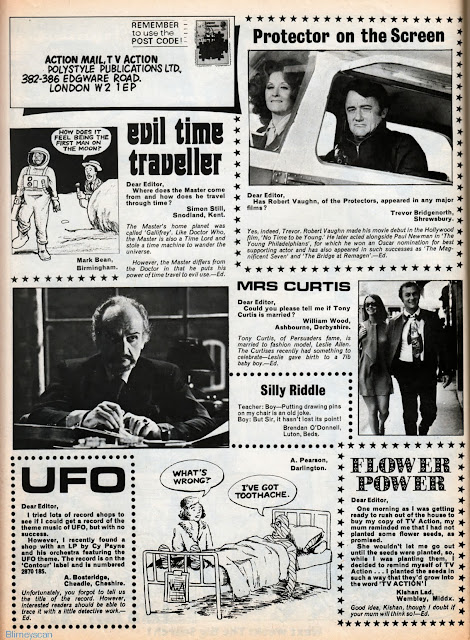 This week's issue of Radio Times is, as you'd expect, dedicated to mostly celebrating the 50th anniversary of Doctor Who. Amongst its 26 pages of features about the series there's a mention that The Doctor's home planet of Gallifrey was first named in the comic TV Action months before it was mentioned in the TV series.

I looked it up and, sure enough, there it was in TV Action No.126 (dated July 14th 1973). Not in the Doctor Who strip, but in an answer to a reader's letter. You can see the scan of the page above.

How could this be? Well, the editor of TV Action (and the comic's previous title as Countdown) was Dennis Hooper, who was a big fan of Doctor Who. He had a close association with the BBC and the producers of Doctor Who, having previously being allowed to attend the filming of the serial The Daemons for a Countdown photo-feature. Hooper had also used several exclusive publicity photos in the comic, so he was clearly on good terms with the BBC. My guess is he simply asked the producers for the answer to the reader's question and they obliged, even though Gallifrey wouldn't be mentioned on TV until five months later in The Time Warrior serial. Today, the comic's revelation would break the Internet, but back in 1973 it passed without fanfare. 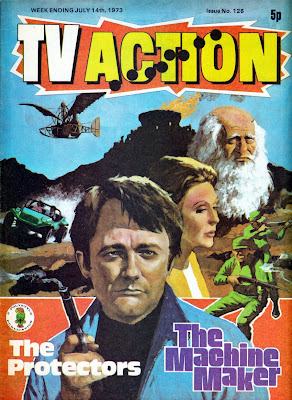 In case you're curious, here's the Dr. Who strip that appeared in that issue.  Artwork by Gerry Haylock, who always managed to draw a superb likeness of Jon Pertwee. Click images to see them larger. 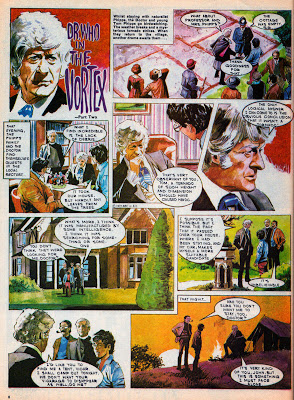 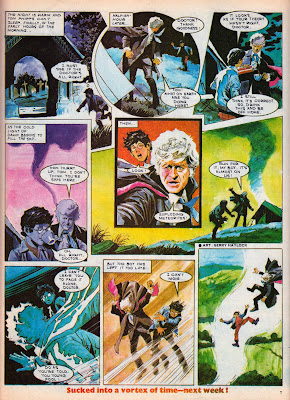 Great piece! Thanks. As a point of interest, the TV adventure that you mention - The Time Warrior - completed recording the month before the letter and answer were printed, so I'm guessing it was either a happy coincidence that the production office was able to supply an answer on the spot, or maybe the letter was a fairly old one and when the production office was asked for a name it put the idea in their mind to create one, which they duly did and informed TV Action, which could then run the letter with an answer.

As you say, it's inconceivable nowadays that such a revelation would be made in such a low-profile way. This leads me to think that it was probably a happy coincidence - although we are talking about the '70s, when things were a bit more laid-back and there wasn't such a tight grip on Doctor Who!