The Power of Panini


When I was seven I (along with thousands of others) discovered the excitement of Marvel superheroes through the 'Power Comics' of the 1960s published by Odhams, which featured Marvel reprints in their UK weeklies. Those comics such as Fantastic and Terrific are long gone but in 1972 Marvel set up a British branch to bring their characters to our shores. (You'll find plenty of information about Odhams and Marvel UK in this blog's archive.) Sadly Marvel UK is also no more but over the last several years Panini UK have held the license to publish Marvel material in Britain. 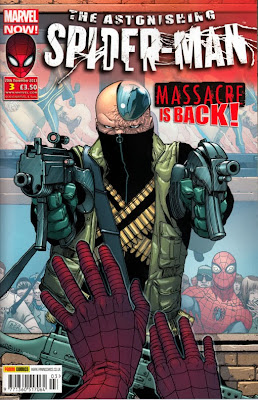 This month the Marvel Collector's Editions published by Panini have reluctantly had to raise their cover price from £2.95 to £3.50. The first rise in four years. Now, £3.50 may seem a lot for a comic but they're actually great value for money compared to the US imports. 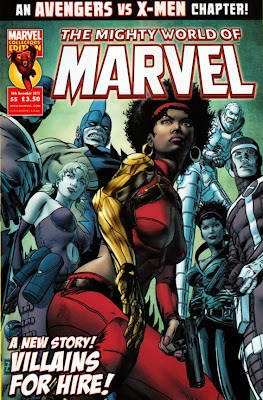 A typical $3.99 American Marvel comic will set you back around £2.25 to £3.00 (depending on the seller) for a 32 page title featuring 20 pages of story. A reprint title by Panini gives you 76 pages reprinting three comics for £3.50. Granted, the Panini comics are still running a year or two behind the US originals, but they're still a great way to catch up on any storyline you may have missed. Even better, they're introducing a new generation of readers to Marvel Comics who can discover the UK editions by visiting their local newsagent. (American comics haven't been sold in newsagents for years and few towns have a comics speciality shop.) 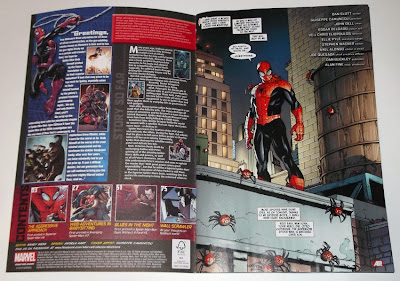 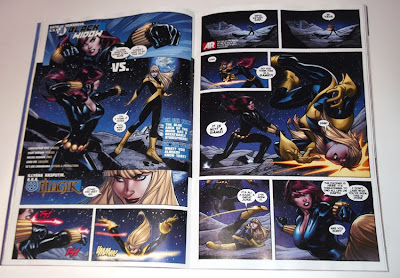 Personally I feel the UK format is superior to the US originals. Panini's comics have laminated card covers and a nicer paper stock. They also carry letters pages (often absent from American comics now) and the occasional pull-out poster that remind me a bit of the 'Power House Pin-Ups' from the days of Fantastic. 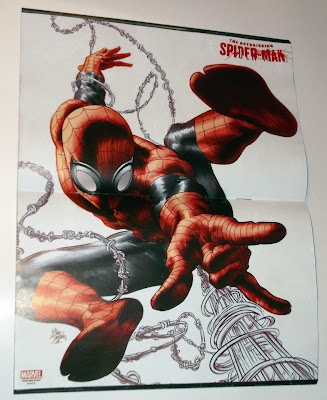 This may be coming across as a promo piece for Panini UK. I guess it is in a way, - unsolicited I hasten to add. I just felt that with the price rise the comics are likely to lose a few readers - so a little push to perhaps bring in one or two new readers wouldn't hurt. 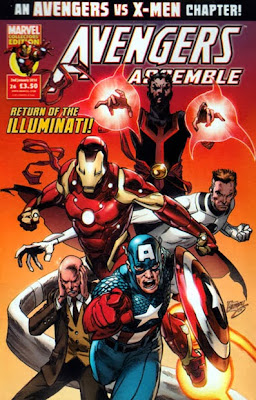 There are seven 'Marvel Collectors Editions' at present: The Mighty World of Marvel (featuring Daredevil, Villains For Hire, and Avengers Academy); The Astonishing Spider-Man (reprints Superior Spider-Man, Avenging Spider-Man and, at present, Spider-Man:Noir); Avengers Assemble (featuring various Avengers titles); Essential X-Men (various X-titles); Wolverine and Deadpool (what is says on the tin); Incredible Hulks (Hulk and Red Hulk) and Marvel Legends (Thor, Iron Man and Captain America). All are available from WH Smith and selected newsagents. Give 'em a try.

There's a Facebook page for these comics here:
https://www.facebook.com/MarvelCollectorsEditions

Panini UK's website where you can find out more on these and other comics:
http://www.paninicomics.co.uk
Posted by Lew Stringer at 22:37

...and in those letters pages you can STILL win a no-prize if you spot a mistake (remember those?) Have Titan put their prices as well? The comics are beautiful , but I stopped collecting them a few years ago, as the stories didn't really grab me.

I don't know if Titan will raise their prices yet, John. The next Justice League issue is out on Thursday so we'll soon find out.

Can you remember exactly which year(s) the US dc & marvel comics disappeared from our newsagents? Here in the North East we just had to grab them whenever they came in ,in the 80's. At one point, 2 shops had boxes full of then recent Marvels marked down @ 10 p. each, which was great for me! But I don't think I ever saw any US comics after that.

I don't know John, sorry. They were still around in the late 1980s but I was buying mine direct from comic shops so I didn't really notice when newsagents stopped taking them.

It's a shame really. As a kid I used to love hunting for various comics around the newsagents. No fanzines back then, so we had no idea what was coming up in the stories. New titles would often be a complete surprise. There were so many comics available in the 1970s - Marvel, DC, Charlton, occasionally Gold Key and Warren... not every title was imported but there were certainly a lot! I remember the excitement at seeing the new Atlas line of comics in January 1975. Ok, not all of them were great, but they had a trashy (sleazy in some aspects) style that appealed to me as a 16 year old. :-)

The latest Justice League (DC Universe Presents)is out now and is still £2.99
However, from next issue it will go from 6 weekly to 2 monthly and each issue will be 100 pages.
If it follows the 100 pages issues of the Batman Titan comics, it will then be £3.99

Thanks Steve. I suspected it might be going bi-monthly when it was delayed last week. I'm not sure a gap of eight weeks between issues will be good for serial stories (who can remember what happened after that long?) but I suppose a longer shelf life for each issue will hopefully increase sales.

Yes, it was bi-monthly previously too. I've already read most of what the Marvel & DC Collectors Editions reprint, but I can't resist them - they always look so good and remind me of when I used to pick up the Marvel UK weeklies as a kid

It seems that Titan's Superman comic has suddenly been cancelled, to be replaced by Batman/Superman No.1 from next month. Superman as a solo title doesn't seem popular at all in the UK, but the Batman titles keep going.

I saw that there was a new Batman/Superman comic coming out....do you know it if will be in the 76 page format ? As I have also seen that Batman Dark Knight is being replaced by Batman Arkham in that format. I prefer those to the A4 sizes, which give less value and seem flimsier

I don't know, Steve. Titan don't send me any info now. I didn't even know they were replacing Dark Knight. It doesn't surprise me though, as some Smiths have it stocked with the children's comics so it would miss its intended audience completely.

I realise this is an old post but in answer to John Pitt, US comics where still being distributed to UK newsagents well into the 1990s. I have an edition of Fantastic Four 371 which had a white embossed cover that bears a printed barcode having been purchased in a newsagents whereas the Direct edition has no barcode - By this time marvel books distributed to newsagents had unsightly COMAG barcode stickers slapped over the original barcodes which themselves were not the Direct Edition barcodes. There was a brief period in the early 90s when a glossy edition and a newsprint edition of popular titles like X-Men were produced and i think the newsprint editions where for newsstand distribution, not certain on this though. If I had to guess I would place the end of UK newsagents selling US comics as 1996 or 1997.

Thanks for the update Betty!