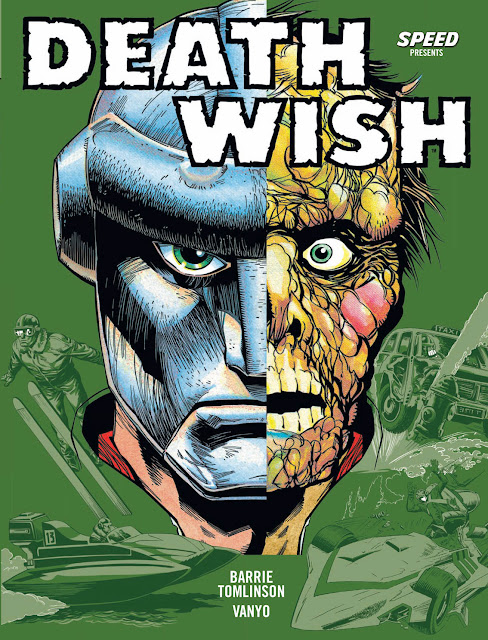 The next book from The Treasury of British Comics arrives on the shelves next week with the publication of Death Wish. A collection of every episode of the serial from Speed comic from 1980, Death Wish is written by Barrie Tomlinson and illustrated by Vanyo.

Death Wish told the story of Blake Edmonds, a famous Formula 1 driver who suffers a terrible crash leaving him disfigured. Instead of avoiding the spotlight, Edmonds takes on ever-more dangerous stunts, not caring if he lives or dies.

A tightly-written story with not a wasted moment, Death Wish hails from the days of British comics when serials had only three pages an episode. Just enough time to resolve the previous week's cliffhanger, develop the story a little more, before ending with another nail-biting cliffhanger. This technique served comics well for decades, and reading such stories today the hectic pace makes a refreshing change from the laborious "deconstructed" style of many modern comics.

The crisp, solid artwork proved that Vanyo was the ideal choice to illustrate the series, showing his ability to convincingly draw vehicles and people with perfect skill.

Some episodes of Death Wish started on the covers of Speed, and those are all reproduced in full colour. The book also includes two complete episodes from Speed Annuals, so all in all it's a nice package.

Here's the PR from Rebellion, plus a preview of the first episode...

Blake Edmonds had it all - fame, money, looks... and then the world-famous F1 driver suffered a terrible accident which left him hideously disfigured. Fashioning a mask to hide his terrible visage, Edmonds has taken on a new career as a stuntman, flirting with death on a regular basis. Mashing together the 70s F1 popularity wave with a macabre, uncanny horror and visceral action, Death Wish was a hit across the nation. Here the original strips are re-mastered in their entirety.
Available in print from: Treasury of British Comics webshop, book stores, Amazon, and comic book stores via Diamond. 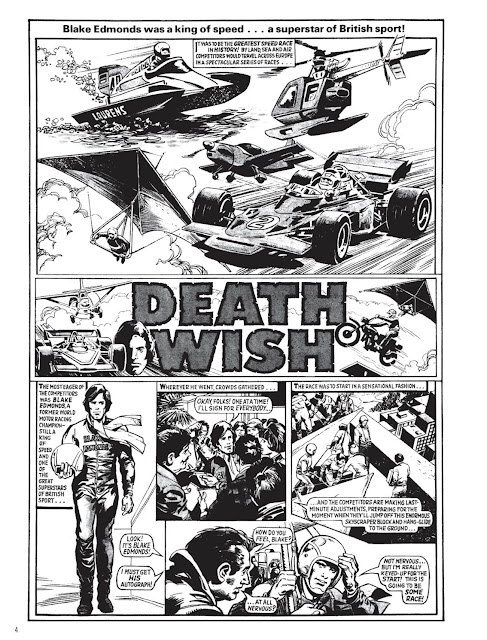 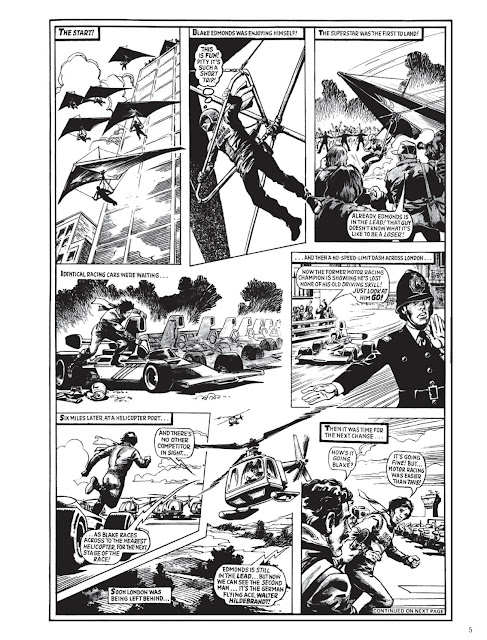 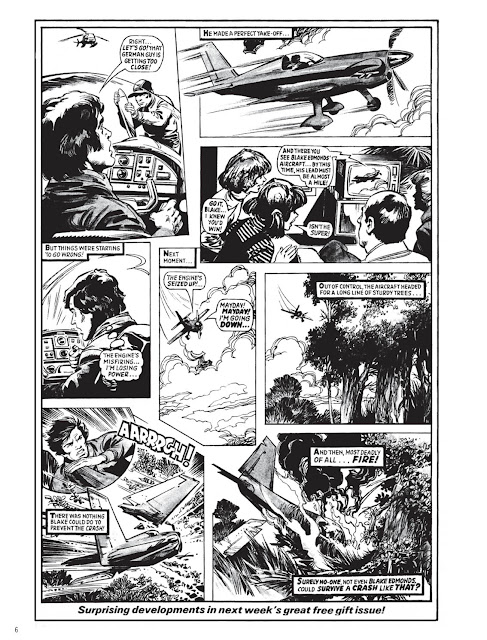 Death Wish goes on sale on 11th July, and later this month Comic Scene magazine No.6 includes a feature on the strip. You can subscribe to Comic Scene from this link:
https://getmycomics.com/ComicScene 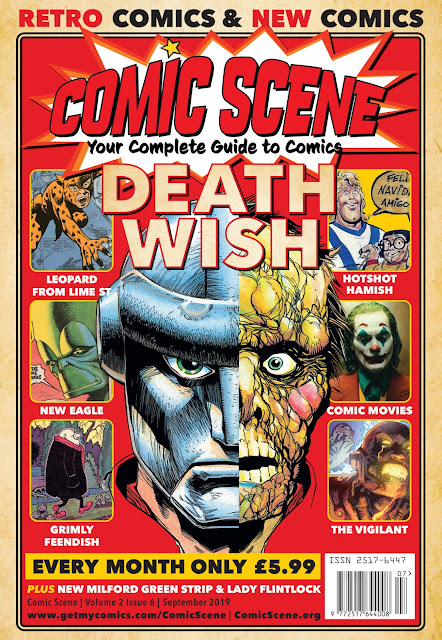