THE DANDY returns for its annual fun-fest! 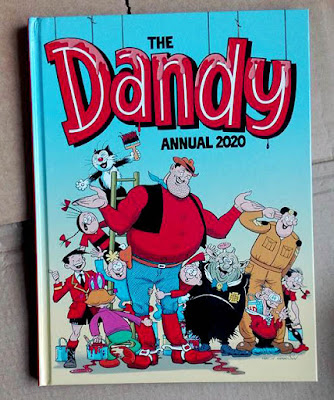 The weekly Dandy ended in 2012 after an impressive 75 year run but The Dandy Annual is still going strong every year. The latest edition, cover dated 2020 as annuals are always dated a year ahead, is out now and the copy I ordered arrived today.

The book has 112 pages and once again is all-new material with no reprint. Full colour throughout, it contains many of the Dandy favourites including Cuddles and Dimples, Corporal Clott, Beryl the Peril, Blinky, and many more. Here are a few snippets... 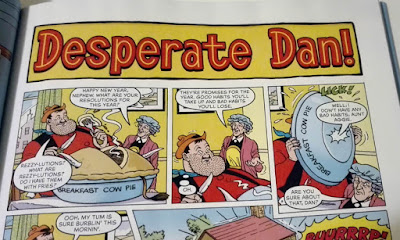 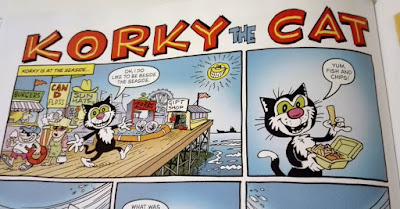 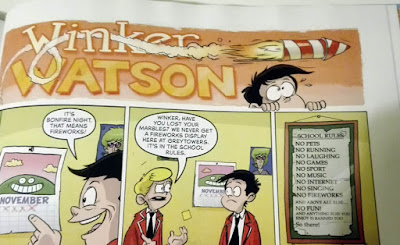 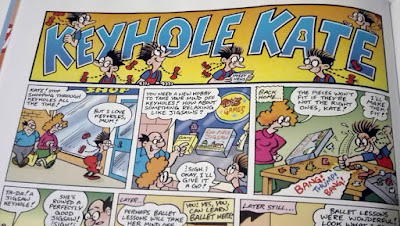 The Dandy Annual 2020 is available now from the D.C. Thomson shop as is the Beano Annual 2020 and will be in bookstores soon!

Good to know that there'll be a 2021 annual - though I wouldn't be surprised if Corporal Clott moves over to the Beano's annual, due to him debuting in the weekly comic a few months ago. Bananaman, of course, was removed from the Dandy annuals once he joined the Beano. At least there's plenty of other characters the Dandy annuals can use. They seem to vary the selection slightly each year anyway.

Bananaman is back in The Dandy Annual this year and he's also in The Beano Annual as part of a crossover.

That must be a first. A crossover between annuals.

Will definitely be buying on Christmas Eve.

Looking at it again it's not really a crossover, just a footnote that Bananaman also appears in the Beano Annual. A crossover could work though, as long as the stories were self contained. It wouldn't be right to disappoint kids on Christmas Day if one story had a cliffhanger into a book they didn't have.