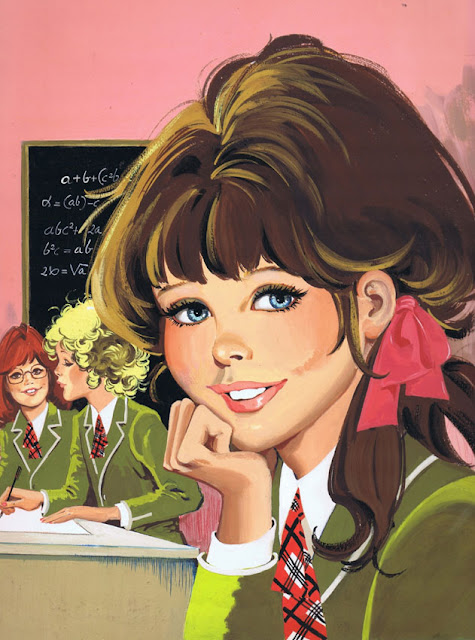 The comic artist Purita Campos has passed away at age 82. The highly regarded Spanish artist was a prolific contributor to girls comics in the UK throughout the 1970s and 1980s. Her most popular strip was Patty's World which began in Princess Tina in 1971. She also illustrated many covers for that comic and others. (One Princess Tina cover is shown above, taken from the Bear Alley blog.)

I must admit that as I never followed girls comics I was unfamiliar with the superb work of Purita Campos until recent years. Even now, my knowledge of her output is limited so I don't feel I could do her justice in a proper tribute. However, the comics historian Steve Holland has written a superbly researched obituary over on his Bear Alley blog which you can read by clicking this link:
https://bearalley.blogspot.com/2019/11/purita-campos-1937-2019.html

My condolences to the family and friends of Purita Campos for their loss. 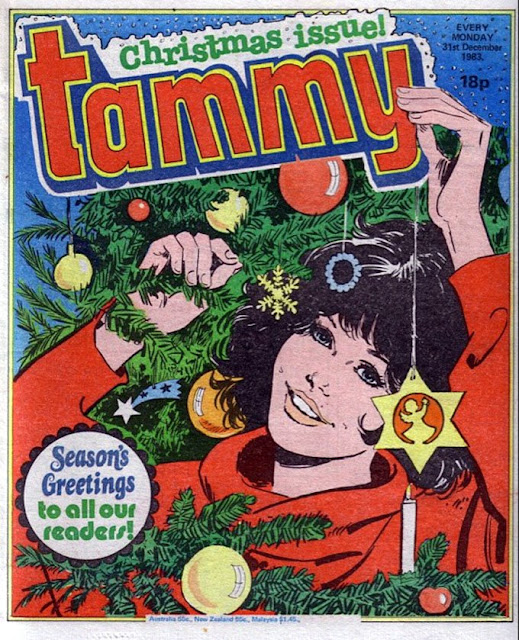 She was truly amazing, may she rest in peace.

Oh boy, am I familiar with that Princess Tina artwork! It was also used as the cover of the School Friend Annual 1977, that I spent months trying to find on eBay so my Mum could complete her collection! But it's lovely artwork, so that's okay!