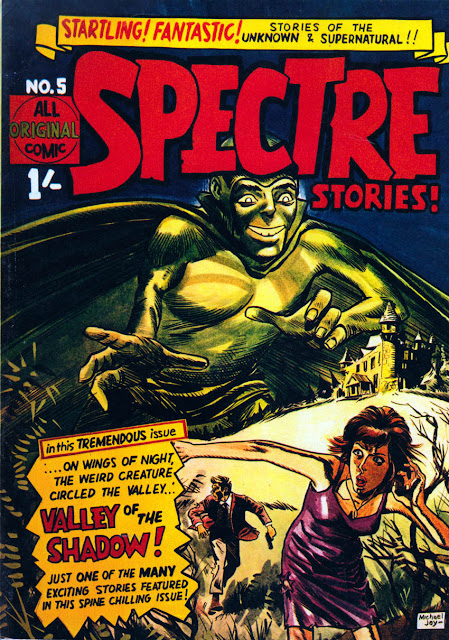 Independent comics aren't a new phenomenon. There were loads of very small companies around decades ago producing comics in the UK, particularly in the post-war years. One company that was around in the 1960s was John Spencer and Co. of Brackenbury Road, London W6.

As far as I can ascertain, they published six titles. Four were mild horror anthologies Macabre, Fantasy, Strange, and Spectre. Two were superheroes; The Purple Hood and The Adventures of Mark Tyme.

Thing is, they weren't very good.

As Steve Holland explained in his well researched Bear Alley blog post back in 2007, it appears that some of the "horror" stories were redrawn and rewritten tales from American comics, and done very badly. And yet, there's a certain fascination in them. The phrase "so bad they're good" comes to mind, although some are just bad.

I have a handful of these comics. I doubt if any of them exceeded five or six issues. Purple Hood and Mark Tyme definitely only ran to two issues each, published in 1967. Here's a gallery of covers and snippets for your weekend entertainment...

This is supposed to be a terrifying merman creature, but instead looks like one of the Bee Gees playing with a toy boat in his bath...


Now personally I thought the later issues improved with the addition of Michael Jay drawing everything. He wasn't a great artist, (Steve Holland calls him "terrible"), but there's a rough energy to his brushwork that I really like. He drew all of the two issues of Mark Tyme and The Purple Hood, so considering they were probably drawn in a rush to a crazy deadline I think he did a decent job. 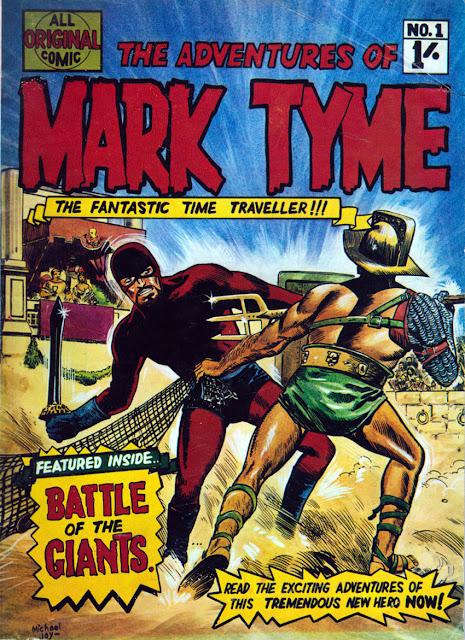 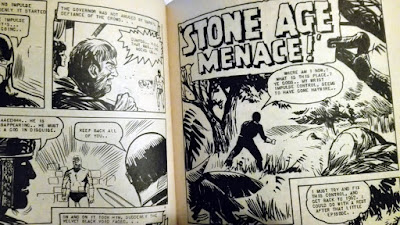 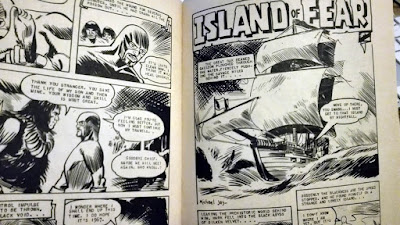 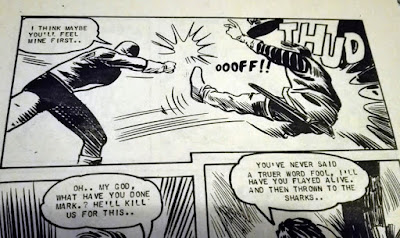 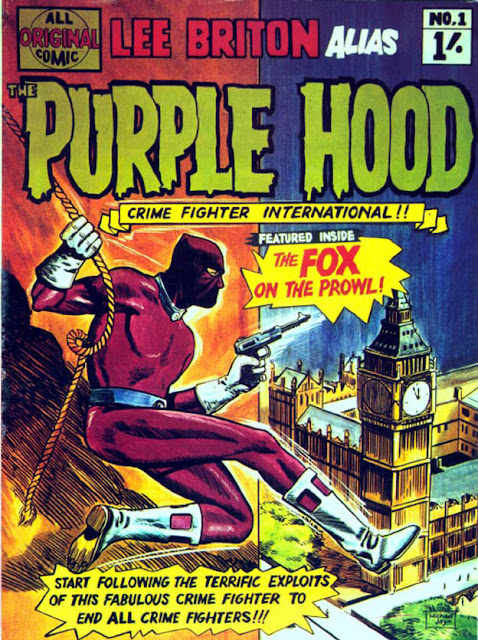 Below is the only issue of a John Spencer comic I had back in the day. Purple Hood No.2. Although published in 1967 I bought it as new from a shop in Blackpool in 1969. I looked forward to issue 3, which never appeared of course. The John Spencer comics were dead by the time I found out about them. 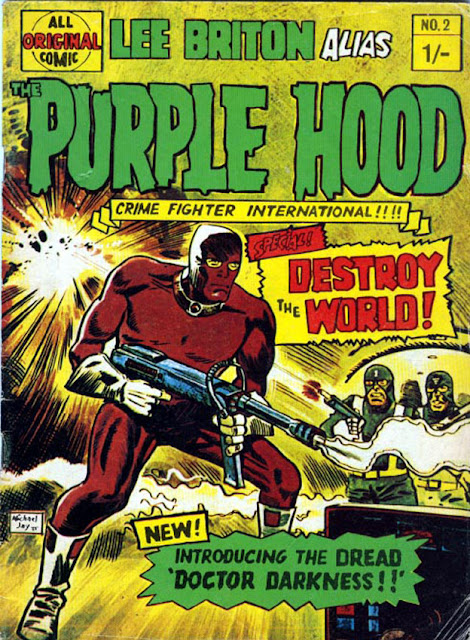 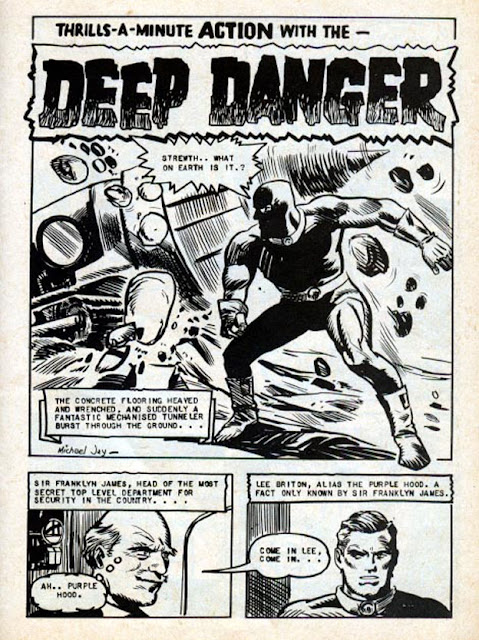 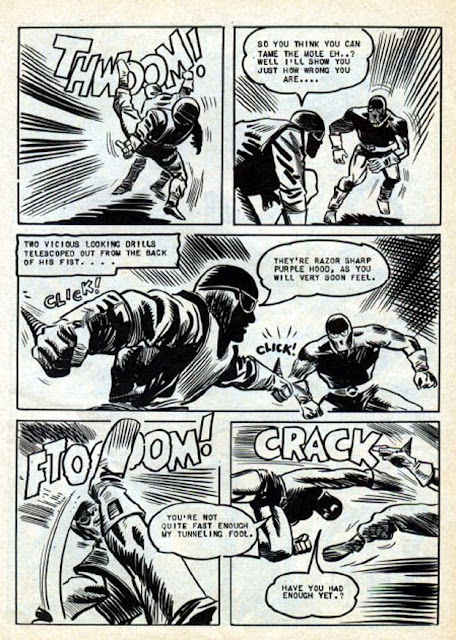 The John Spencer comics may have been considered expensive at the time because they had the same format and price as the Alan Class reprints, but with far less pages. I'm sure distribution wasn't too great either, or I'd have seen more of them in the sixties. It was many years later when I bought most of these here on eBay. Who owns the rights now? Anyone know?

They're curious oddities, but they all add to the charm and depth of the history of British comics, and we wouldn't have it any other way. 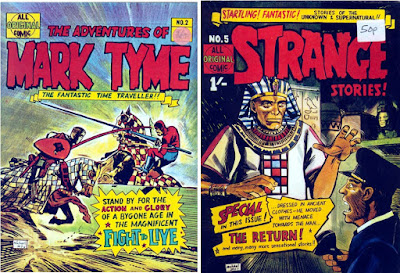 Be sure to check out Steve Holland's item on John Spencer comics, and bookmark Bear Alley for more info on comics and pulps and more. It's a great blog!
https://bearalley.blogspot.com/2007/03/john-spencer-comics.html

I wasnt aware of these titles at all in the 60s or 70s for that matter but I did pick Purple Hood and Mark Tyme up in the 80s. Do you know if they were repackaged at all I've never seen or heard of the other titles. They look awful lol

I bought Mark Tyme No.2 from a newsagent in the mid to late 1970s and it had been re-distributed with a 10p sticker covering up the 1/- price, so I guess they were old copies found in a distributor's warehouse. (This sometimes used to happen.) So although they weren't repackaged, some were sent out to shops years later.