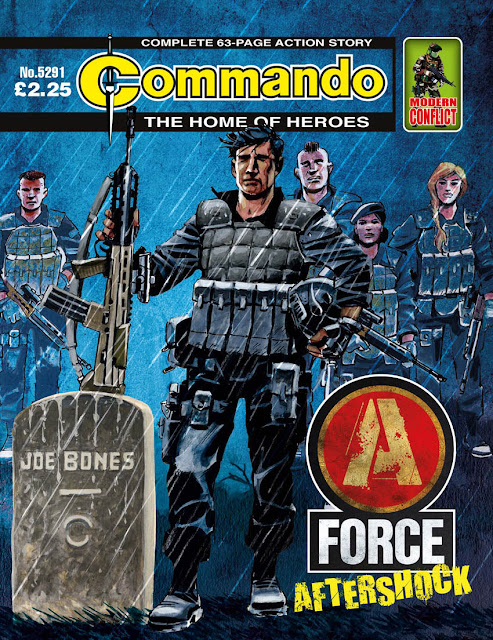 This has been a great year for Commando comics under the editorship of Georgia Battle. The surprise revivals of classic D.C. Thomson characters such as Code Name: Warlord and Braddock in new stories, and other great issues such as Commandos vs Zombies. This week, new characters A-Force return in another story. Here's the info on all four issues that are out now!

A-Force returns in part two of the raucous romp written by Ferg Handley! In Aftershock, Jack Ramsey — grandson of the infamous Ramsey Raider, has just gotten back from his first mission and is shook by the loss of one of his squaddies — Joe Bones! But when they’re sent back to Sarovia on another mission, there’s a surprising waiting! 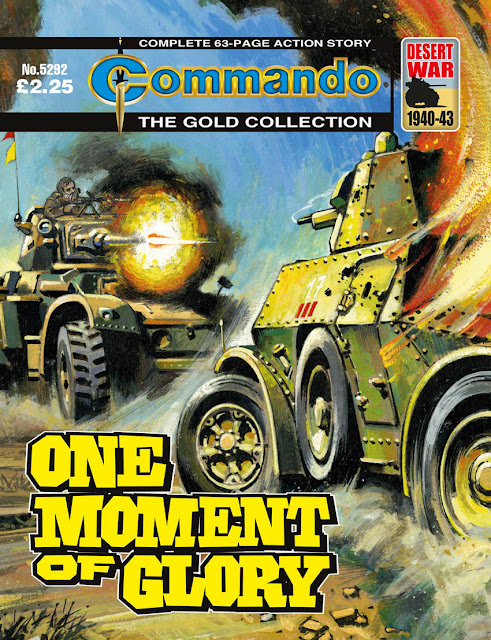 5292: Gold Collection: One Moment of Glory

Jeff Bevan’s fourth ever Commando cover is laid bare on Gold reprint issue One Moment of Glory. An early cover for him but still a goodie — especially when it’s on this issue! A classic Commando tale of a posh boy versus a working-class lad, and the class rivalry comes to a head in the deserts of Libya! But will they each get their one moment of glory? Well you’ll have to read it, won’t you? 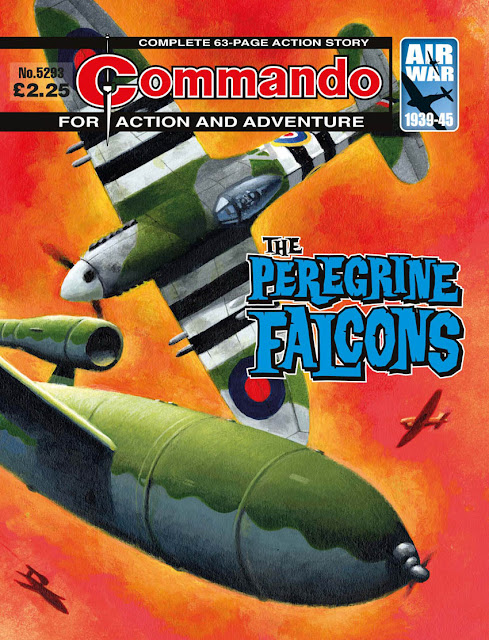 5293: Action and Adventure: The Peregrine Falcons

As the tide of the war turned against Germany, they turned to dirty tactics and revenge weapons like the V-1 rocket. Britain, and London in particular, was besieged by the diabolical doodlebug bombs which actively sought to kill citizens and sow destruction. But one RAF squadron called The Peregrine Falcons, led by Henry Abercrombie, wasn’t going to let the buzz bombs get through. They were the best defence Britain had — and for Henry it was a personal battle! 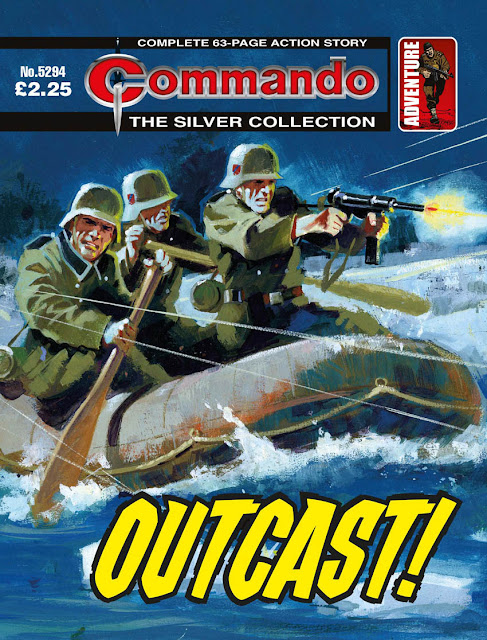 Ian Clark’s expansive plot of Outcast!takes you from Pre-war French Foreign Legion, all the way to World War Two Germany on the Eastern Front, then to Communist East Germany and even further on to the First Indochina War — all in the story of one man! Plus, with art from Denis McLoughlin and a stunning Phil Gascoine cover, this isn’t one to miss!

This will be the last time I'll preview Commando, because Blimey! blog ends in a few days, but don't forget you'll still be able to see previews of future issues if you follow the blogs Down the Tubes and Bear Alley.