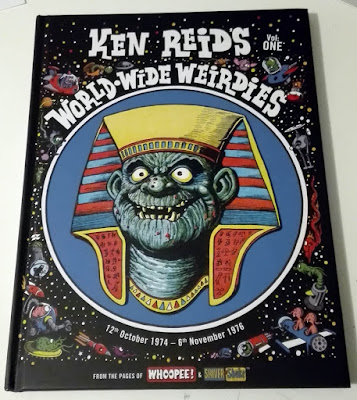 It's kind of become a tradition for Rebellion to release a Ken Reid collection in time for Christmas. 2017 brought us Faceache, 2018 brought us Creepy Creations (not forgetting the superb Power Pack books independently published) and this time we have World Wide Weirdies. 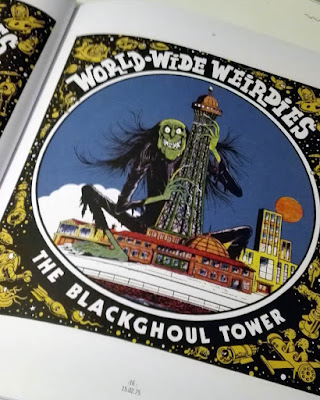 This impressive hardback volume gives us all of Ken's grotesque back page illustrations from Shiver and Shake and Whoopee! from October 1974 to November 1976. Two years of fabulous Ken Reid illustrations! In the original comics, the ideas were suggestions from readers that Ken turned into glorious detailed creatures. The readers aren't credited but each illustration carries the date of the original comic. 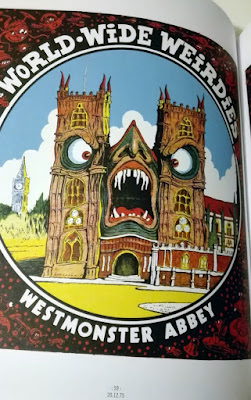 For my money, Ken's best work was his Odhams material for Wham!, Smash!, and Pow!, BUT these illustrations are easily on the same manic, detailed level as any of his 1960s material. IPC tended to restrain Ken a little (especially in his later years) but it's clear from this book that he must have relished the freedom to cut loose and produce such fantastic imagery. 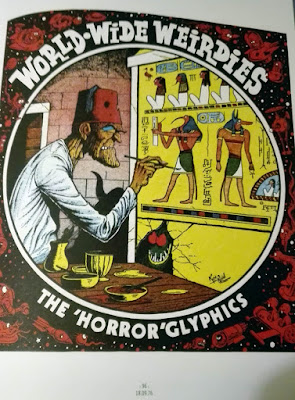 Ken Reid's World Wide Weirdies is a fantastic book showing a unique humorist at the peak of his powers. Although the original art is sadly long gone (destroyed or sold off) the scans from the old comics are sharp and luxurious. Don't miss this book!
https://treasuryofbritishcomics.com/catalogue/RCA-H0012