Preview: The League of Extraordinary Gentlemen: The Tempest No.3 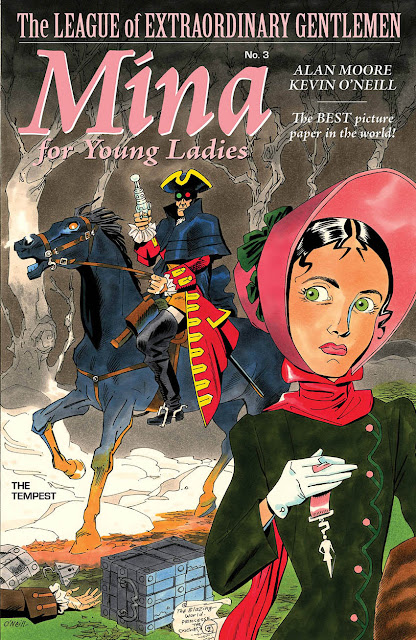 It's clear from these issues of The Tempest that Alan Moore and Kevin O'Neill are having a grand old time producing the comics. Every page is a treat, with plenty of surprises and homages to delight anyone who's been paying attention to comics and pop culture for the past 60 years.

Issue 3, which is published next week, kicks off with a cover inspired by girls' comics of the 1970s, and the story inside includes a satire of the type of strips those comics would feature... 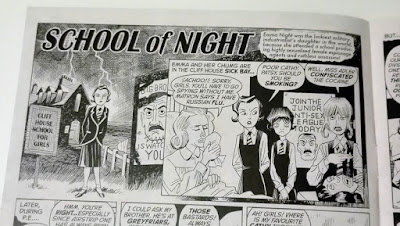 Later on, there's even a photostrip for two pages, which is far more accomplished and better lit and designed than any photostrip that My Guy or Jackie ever published. Not that this issue is entirely about girls' comics parodies of course. The great thing about LOEG is that it ties in everything, including vintage TV show characters, children's books, classic literature, old comics, and even manages a Steranko effect or two. 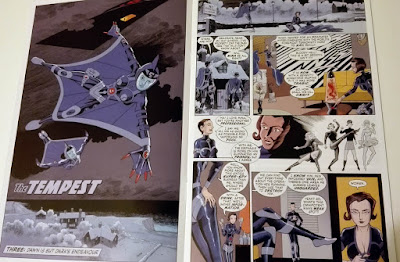 Just as your senses are reeling from all the pop culture imagery, you turn the page and the comic goes into 3-D territory! And, yes, you get a free pair of 3-D specs included! 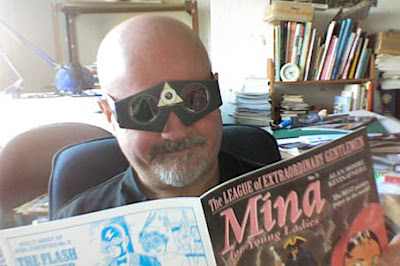 It's absolutely barmy stuff, - in a good way of course! No, a great way! This is what comics should be, - fun, intriguing, and mind-boggling! 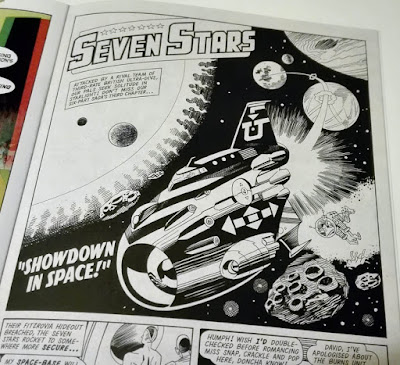 As bonus features this issue there's a tribute to Marie Duval, the first artist to draw Ally Sloper, a fun letters section, and a full page illustration/bio of 1950s hero The Flash Avenger.

The League of Extraordinary Gentlemen: The Tempest No.3 should be in comics shops across the UK and USA on Wednesday 19th December. Co-published by Top Shelf and Knockabout. Price $4.99.

Judging by Twitter on Wednesday this is already in UK shops, except for the one I preordered my copy from. Doh!

I believe it was delayed coming from the printers, and I was told the 19th would be the publication date. Some advance copies got through so perhaps they're the ones a few people have (such as myself).

Sorry, I should of been clearer, the Twitter feeds I saw were shops like Ok, Mega City Comics and Page 45. Though this also happened on the previous two issues where some shops got them before others for whatever reason.

Looking forward to reading it. I’ve got the same buzz reading this new series as I did the very first. That’s not to say everything in between was terrible, far from it. Maybe as this is the final series and Moore’s probable swan song, I’m appreciating it more.

Perhaps it's America that won't have it until the following week? The Previews website has it listed for the 19th so that'd be when it gets there. As LOEG is co-published between Knockabout (UK) and Top Shelf (USA) that may be why there's a difference.