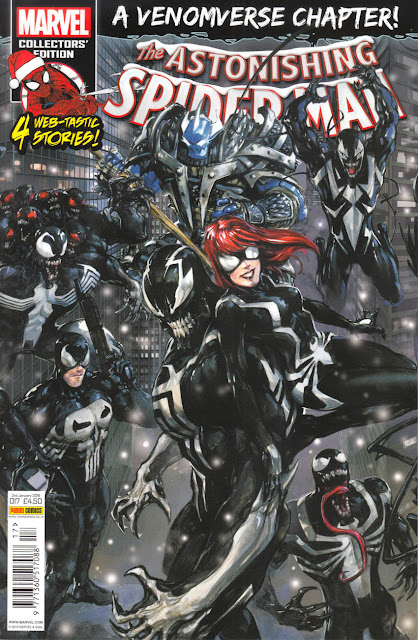 As I've said before, Brady Webb always makes the effort to add a festive touch to the comics he edits at Christmastime. The latest issue of Astonishing Spider-Man, which is out now, has snow on the logo and Spidey in a Santa hat in the corner box. 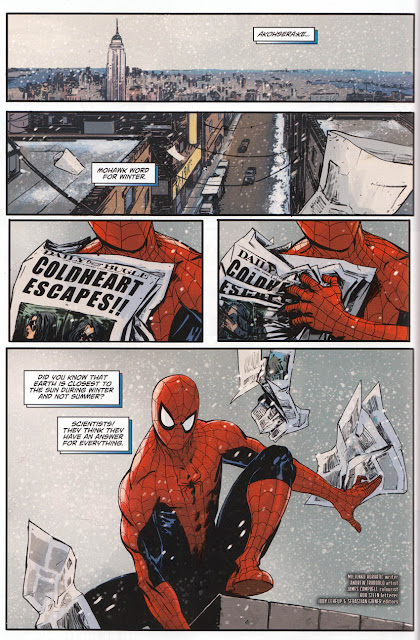 There are three other Spider-Man strips continuing the regular stories, including the next Venomverse chapter.

The back cover marks the passing of Stan Lee, and the next issue will be a 100 page special featuring tributes to the great man. 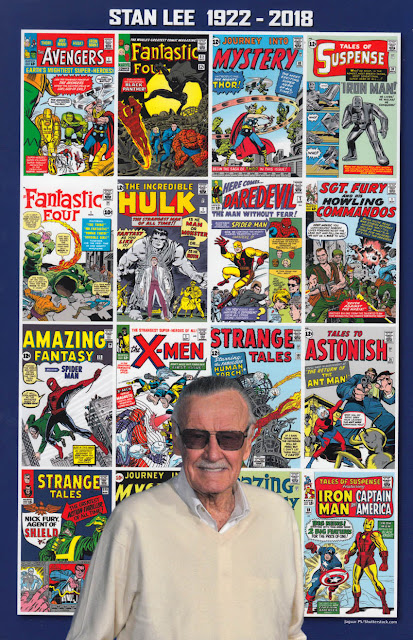 Email ThisBlogThis!Share to TwitterShare to FacebookShare to Pinterest
Labels: Christmas

But those festive touches only appear on Astonishing Spider-Man. I've just bought the latest issue of Deadpool Unleashed and there's no snow on the masthead, no Deadpool in a Santa hat :(

I don't think Brady is the editor of Deadpool is he? He only edits Astonishing Spider-Man and Marvel Legends I think (and some of the graphic novels). The rest are edited by Scott Gray.

yeah i think you're right its only those two he edits

Ah, that explains it. But a festive cover would be welcome on all the CEs.

Yes, as Lew stated, Brady edits Astonishing Spider-Man, Marvel Legends and some of the graphic novels. Each editor has their own touch, and I enjoy what Scott Gray and Brady Webb bring to the table.

Loved this issue, particularly Renew Your Vows. That was a fun tale.

If ever there's a magic money tree, which all UK citizens can take advantage of, I could honestly imagine a second UK Spidey title existing, fitting in all those Spidey tales that Astonishing can't include. Thank goodness it's on a fortnightly schedule, a monthly one would be a nightmare.

Incidentally, as happens every Xmas, or seems to, Avengers Universe, Wolverine & Deadpool and Marvel Legends came in today's post (and Doctor Who Magazine came last week). If anyone ever needs an incentive to subscribe, that's one incentive!