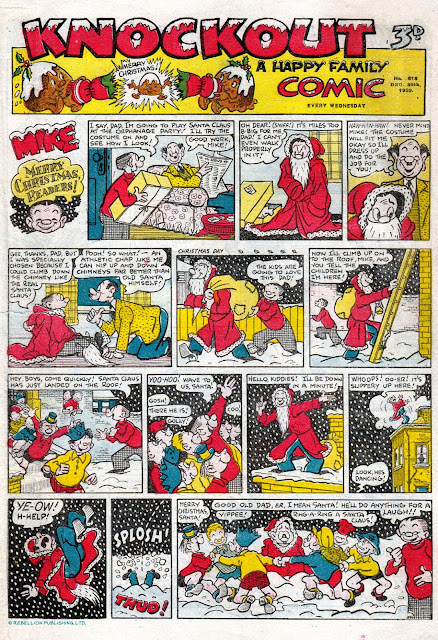 The original Knockout weekly ran from 1939 to 1963, and merged into Valiant, so this 1950 issue is from about halfway through its life. Published by The Amalgamated Press (who would become Fleetway, and later IPC), Knockout was conceived as a rival to Beano and Dandy and was an entertaining comic in its own right.

By 1950 the cover strip was Mike, drawn by Eric Roberts (who would later work for The Dandy on Winker Watson and Dirty Dick, amongst other strips). I always liked Eric Roberts' bold brush strokes and clear storytelling skills and he deserved the cover position on the comic. Some of you may remember that Mike was reprinted and retitled as Smiler in Buster in the late 1960s. (Not to be confused with the Smiler character from Whoopee!)

Inside, one of the company's top adventure characters, Sexton Blake, was involved with The Hidden Enemy. I suspect this popular character may be revived now that Rebellion own the rights. Artwork by Roland Davies, who has put his initials in the last panel. 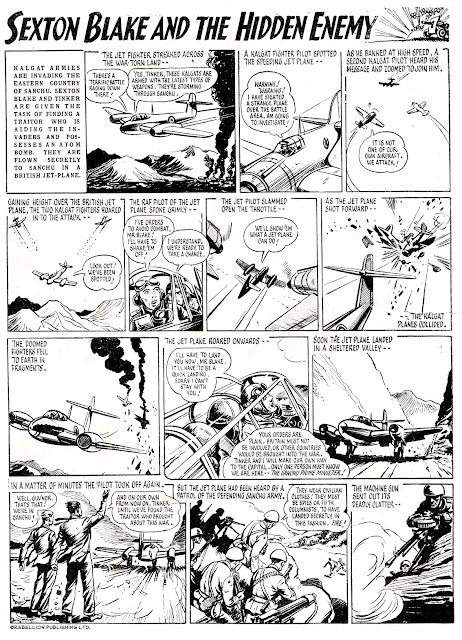 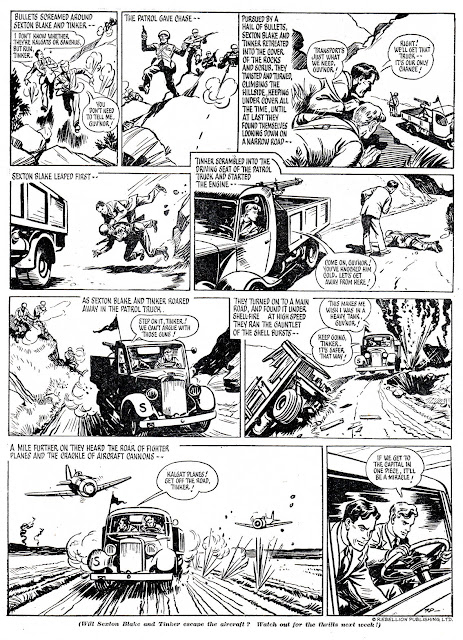 Billy Bunter was another of Knockout's favourites, lasting for the entire run of the comic and for many years afterwards in Valiant. (And originating back in The Magnet story-paper in 1908!) Bunter seems an archaic character and might be difficult to bring back for modern sensibilities, but... who knows? (Not me.) Artwork by Frank Minnitt. 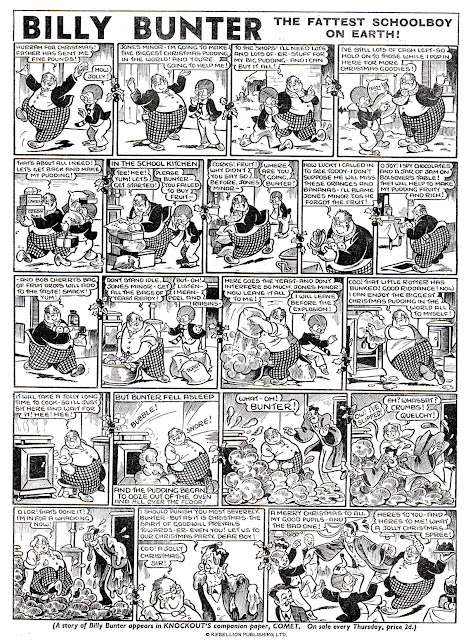 Typical of British comics of the period, Knockout contained a nice variety of humour strips, adventure strips, and prose stories. Buffalo Bill was another of its regulars, with distinctive art by Eric Parker... 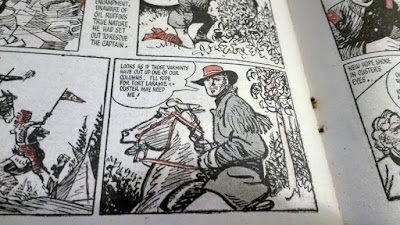 Our Ernie, Mrs. Entwistle's Little Lad was another long-running strip, with scripts as enjoyably barmy as the character. Each strip ended with his dad saying the punchline "Daft I call it!", a phrase that came into general use! So if you ever hear it, you'll know where it originated from. 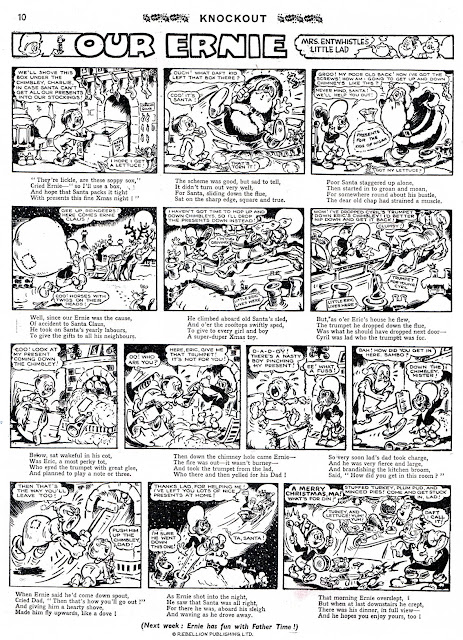 On the back page, - Sporty, by Reg Wooton. A newspaper cartoonist so respected he was allowed to have his name in the title. Wooton was another cartoonist whose style I really liked, and enjoyed Sporty when it was in Valiant years later. 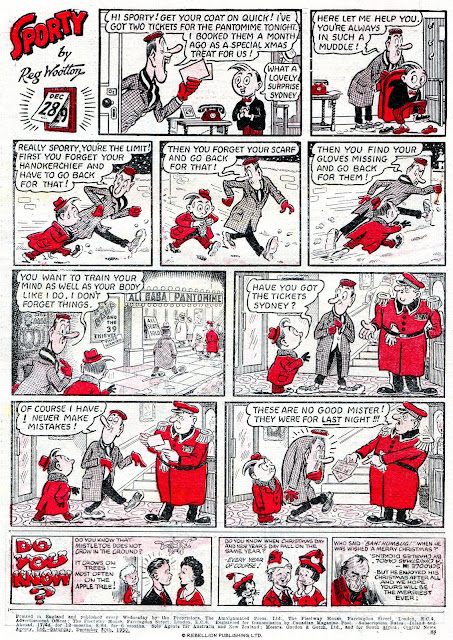 Had I been around back then I think Knockout would have been one I'd buy every week. A great comic!

Coming up tomorrow: our final Christmas comic from the past, as we travel way back in time to... but wait and see on Christmas Eve!

My mum always remembered a story about runaways Annie and Todd but couldn't remember what comic it was in. After a bit of hunting I finally found out that it was in Knockout. Which makes sense because her grandad worked at Amalgamated and would sometimes bring comics for her.

That's interesting, Kevin! What did your great grandad do at AP?

I asked Mum and she's not sure of any details - she was only young herself (this was the mid-to-late 1940s), but he worked there for 60 years... and died not long after retiring. She does rememember him telling her how dirty the rollers (of the presses, I assume) were... and her nan warning her not to use newspaper for toilet-paper (as was common in ye olden days!) because of that! Mum says if it wasn't for her grandad, she wouldn't have had any comics - I guess that was why Annie and Todd made such an impact on her. She also had Film Fun and Radio Fun. He also got her Blondie (as in Dagwood) comics, but they were probably American and she doesn't know how he would have come by them.

Thanks for the info, Kevin. Interesting! Merry Christmas and thanks for your comments.