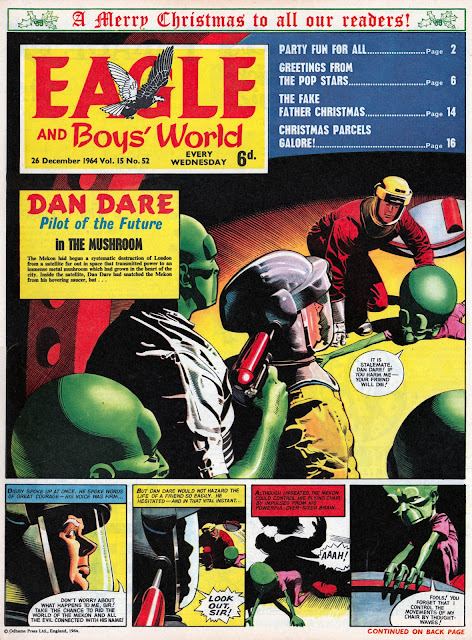 There's not a lot of festive material in this issue of Eagle for 1964 but I've found a bit to show you. Adventure comics mostly avoided festive themes in their stories as it would throw an awkward plot into the serials that would look forced. Some Dan Dare serials managed it (such as the first one in 1950) but they didn't bother with this episode. Dramatic artwork by Keith Watson, although focusing on a lot of close ups and silhouettes. Still, it couldn't be easy turning out work of that quality every week so we'll forgive him cutting corners to meet deadlines. 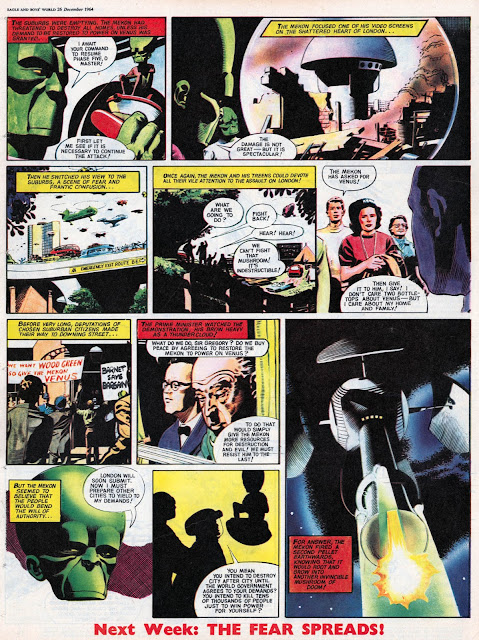 The Pop Pick of the Week focused on "Christmas Greetings from the Stars", complete with autographs. I did a quick Google search and they look convincing compared to genuine autographs. I believe Max Clifford worked for Odhams at the time so it's likely he arranged this. 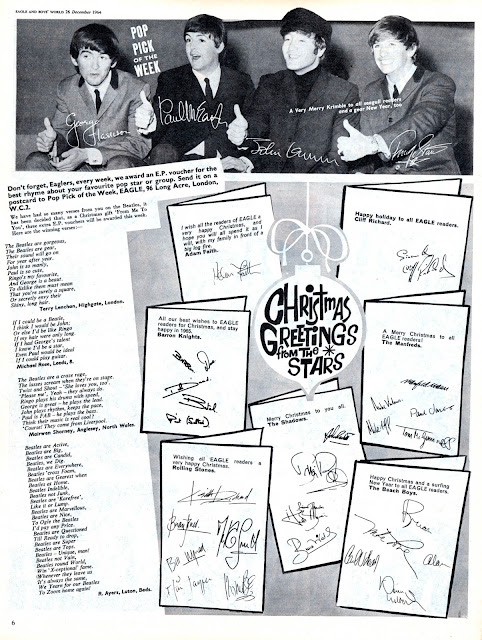 Reg Parlett's Fidosaurus the Prehistoric Poodle may look familiar. It was reprinted a few years later in Buster as Pongo the Prehistorioc Pooch! Christmas in the Stone Age? OK, some Christmas traditions are nicked from Pagan beliefs but this is stretching it. Still, if we can accept that a dinosaur dog existed at the same time as human beings then reality has already sailed. :) 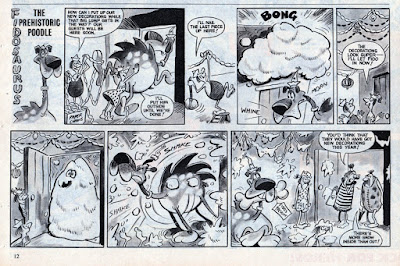 Can You Catch A Crook? Well, can you? See if you can spot the clue in this Christmas story illustrated by Paul Trevillion... 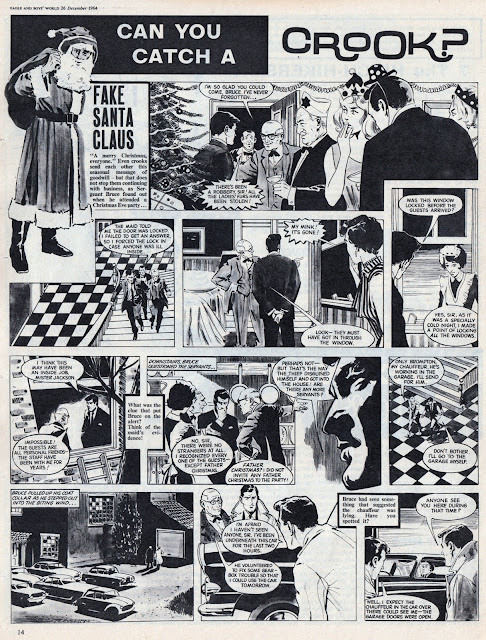 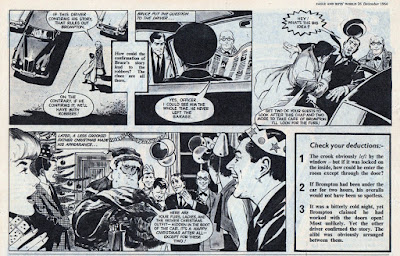 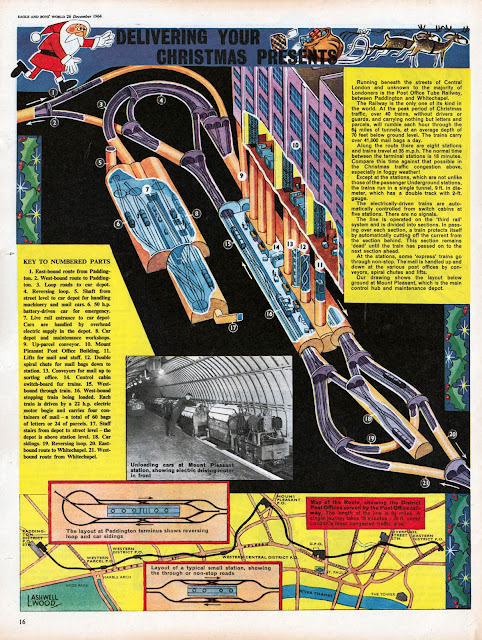 There'll be another retrospective of a bygone Christmas comic soon!

Another one of those comics which I would have loved to have read at the time if I had been old enough. Am collecting them now though.

I bought a complete run of Boys World which I enjoyed reading. It starts out very well with well told stories but as with many UK adventure comics of the 1960s the scripts became full of plot holes and silly contrivances as time went on. The artwork was fantastic though. As always, it's the art in the old comics that appeals to me the most. A good script is a bonus.

Considering they were labour saving procedures, the occasional silhouette in the Dan Dare strips were nevertheless quite effective. Much less so were the pictures of Dan and Digby which had been simply copied from the comic in the one of the late sixties Eagle annual stories.