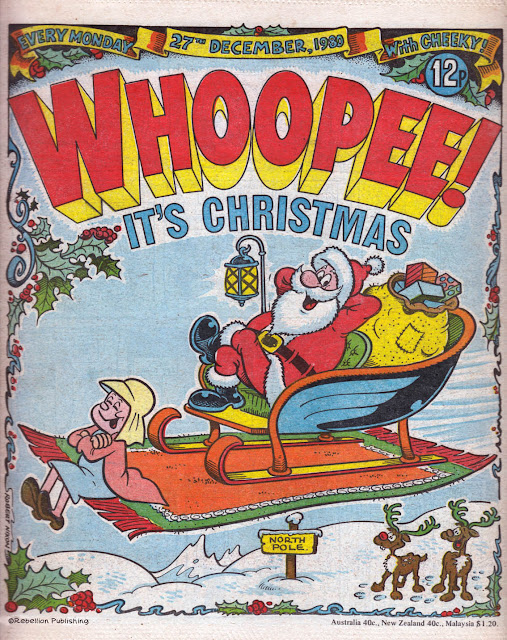 Beginning this year's look back at Christmas comics of the past and to kick off here's a few pages from the issue of Whoopee! that was on sale around this time in 1980. The cover is by Robert Nixon, one of the premier artists in humour comics of that period. Although he was very much influenced by the work of Roy Wilson of the 1940s, Nixon made it more contemporary and cuter.

Inside, Sweeny Toddler started off the festivities with a great strip drawn by Tom Paterson who by this time was making the strip his own after ghosting Leo Baxendale's style... 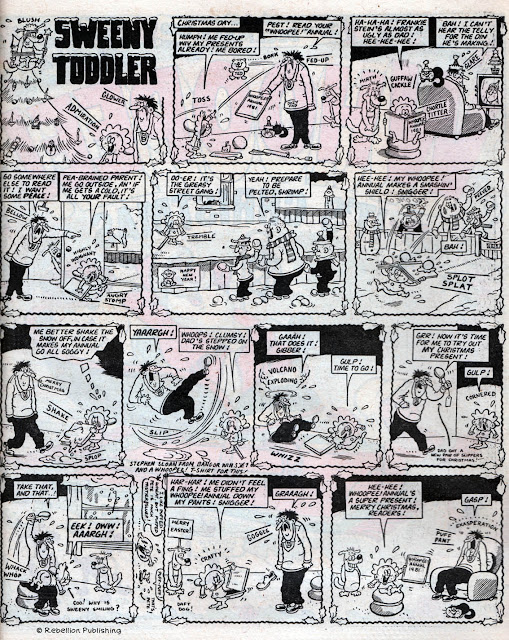 Frankie Stein was pleasantly drawn by Robert Nixon... or was it Rob Lee in this case? Not always easy to tell by this time. One thing's for sure; it's a million miles from Ken Reid's darkly comic original version. 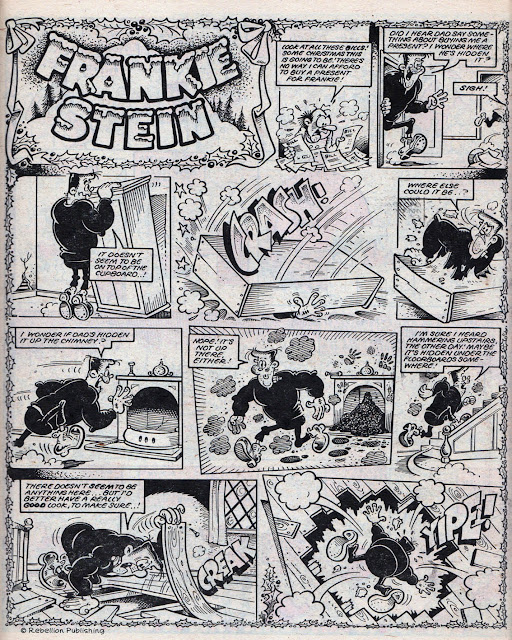 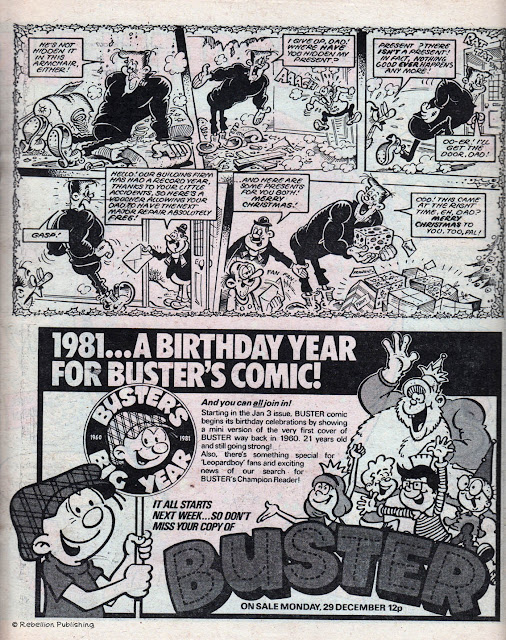 Smiler was drawn by Nick Baker. A very distinctive style... 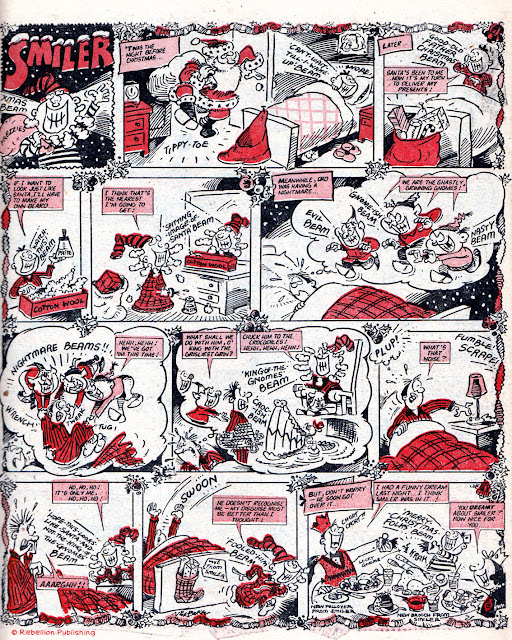 Another distinctive artist was Jack Clayton, a well established gag cartoonist of many years, who drew Paddywack for Whoopee! I always preferred the quirkier artists like Clayton to some who had less personality to their work. 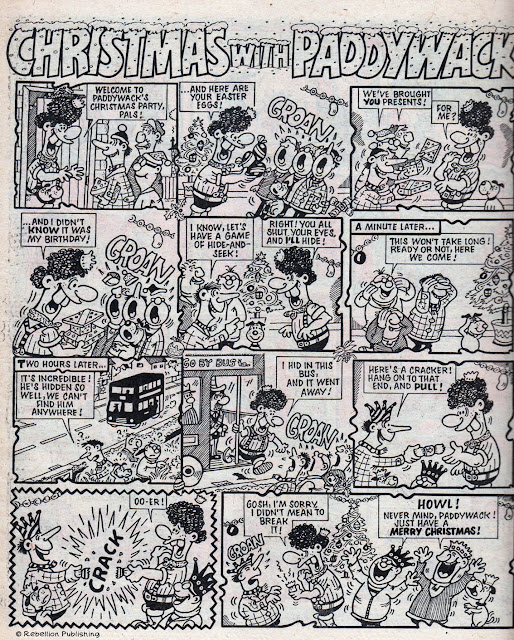 Obviously I can only show a few pages from each comic for copyright reasons (and even then, just showing half a dozen is probably pushing it), but I hope you've enjoyed this little selection. There'll be another Christmas comic along soon. Which year will we visit next?

I must admit, I will miss posts like these when you final stop updating this blog (when will that be? Or haven't you decided yet?)

Yes, it was, Andy. I don't know why I put Nick Miller! Will change it. Thanks.

New Year's Eve, Sid. Seemed the most appropriate time to end it.

Wouldn't RT Nixon have signed his work? That Frankie Stein does look like Nixon's style, but it wouldn't surprise me if it is Rob Lee considering the lack of a signature.

That's why I'm not sure it's Nixon too, James. I think he was signing his interior strips at that stage, unless he forgot. Ken Reid was allowed to sign his Odhams work but didn't sign his very last strip for them (the last Nervs). Although perhaps by then he was just annoyed it was ending.

James and Lew, it's Bob Nixon ok. There are echoes of Rob, but for example, the lettering is unquestionably Bob.