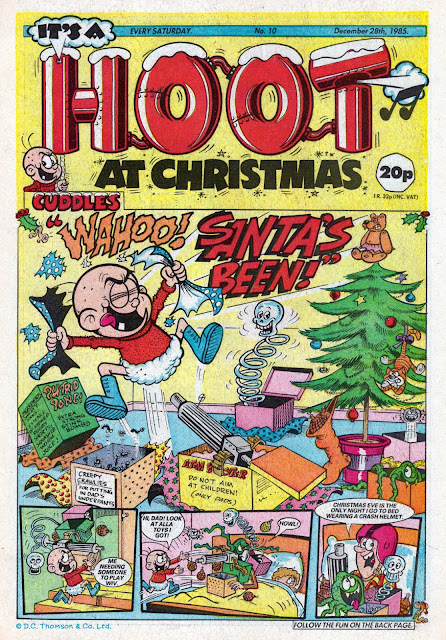 Hoot was a D.C. Thomson comic that had a brief run of just 53 weekly issues before merging into The Dandy. At 16 pages it was smaller in page count than its contemporaries but it contained more colour. A fun, well produced comic, it deserved to last longer. Here are a few pages from its one and only Christmas issue in 1985. 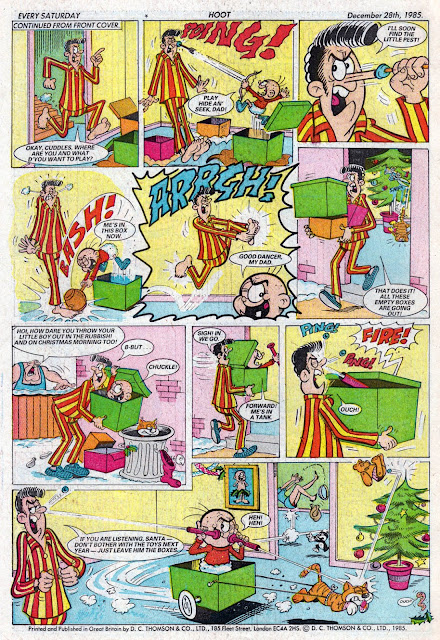 The cover strip, Cuddles, is drawn by Barrie Appleby, a long established pro who's currently drawing Roger the Dodger in the Beano. When Hoot merged into The Dandy, Cuddles teamed up with a similar demonic baby, Dimples, who had been running in the older comic for a while. Soon, it was forgotten they weren't just neighbours, and the strip established Cuddles and Dimples as brothers.

Inside, the thing I looked forward to the most was The Hoot Squad, a glorious full page of chaotic kids running amok in the tradition of Casey Court in Chips or the original Banana Bunch in The Beezer. Artwork by Ken Harrison... 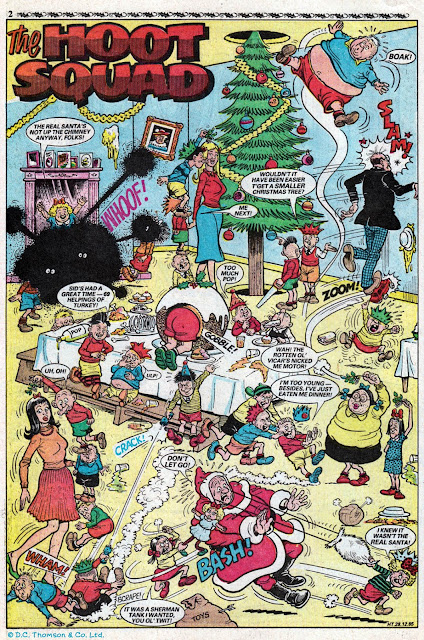 Reviving an old tradition, Hoot featured several mini-strips in order to make the slim comic look packed. Curiously, all the characters were from other comics, but it was a nice way to establish Hoot as the new addition tom the family. Art by George Martin.. 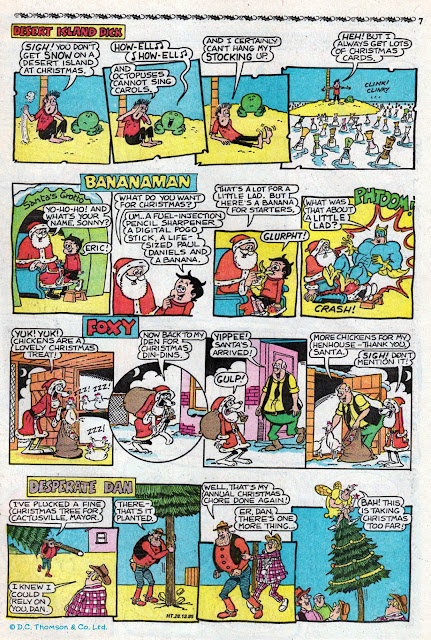 One of my favourite artists of the period was David Mostyn, who brought us Snackula every week. Great style, well drawn. 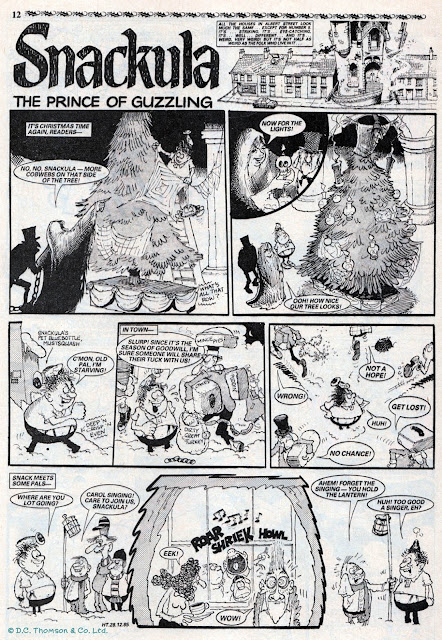 ...and look at the price of those annuals! 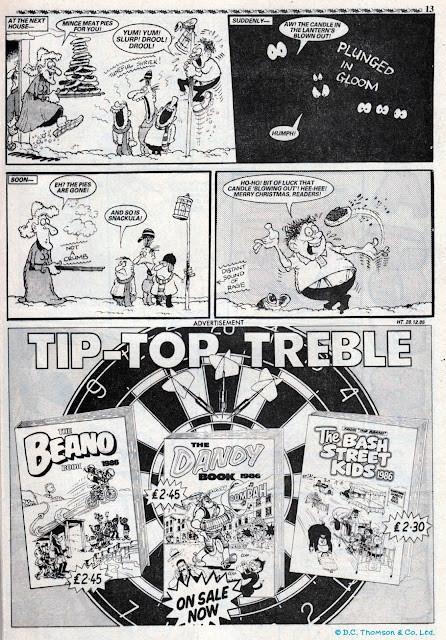 Thanks for stopping by. There'll be another Christmas comic soon!

If I had been a lot younger at the time, I think I would have liked Hoot.

Yeah, Hoot was good fun. I had them all at the time but threw out most years ago when I had a clear out. It's not a comic I'd have read again though so no regrets on that score. I was 26 when it was published so never had the childhood attachment to it as we tend to do with comics we discovered as children.

one of the most memorable Hoot comic was when they did the panto...and filled the whole comic....and what was amazing about it Steve Bright drew the whole comic even the hoot squad...hope you've seen that one Lew..

Yes, it's the issue that came the week after this one. I had every issue of Hoot at the time Peter but threw most out. I think I kept that one.

The Hoot Squad was so good that the Beano later reprinted it as The Riot Squad.

They did, although some parts were altered / edited.