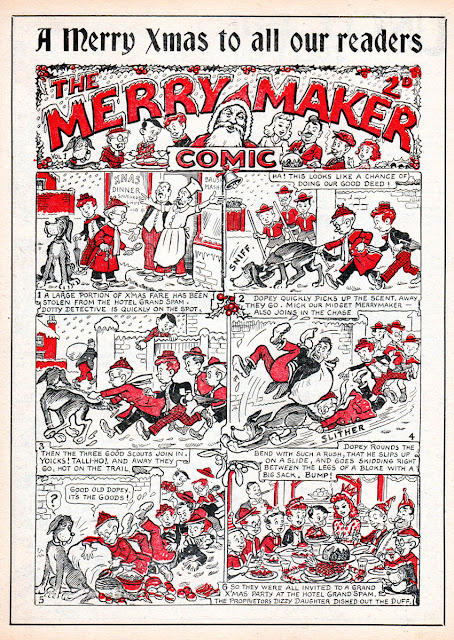 I mentioned before that the UK had a lot on independent comics after the war, and this was one of them. The Merry Maker was a monthly published by L. Burn and Co. Ltd. and was about the size of an American comic but only had 8 pages. Its cover price of 2d was common for the time but there were other comics that offered better value for money.

The cover strip featuring Dippy Dick the Dotty Detective is very basic but it's good to see it end with the traditional slap-up feed.

The first strip inside is Inky the Nib, another example of the racist caricatures that appeared so often in British comics of bygone times. The only reason I'm including it here is because it's drawn by Basil Reynolds, one of the most distinctive artists of the period. I'm sure Reynolds must have been an influence on Ken Reid as there's a certain similarity to the inking methods and of course the sweat drops flying off the characters. 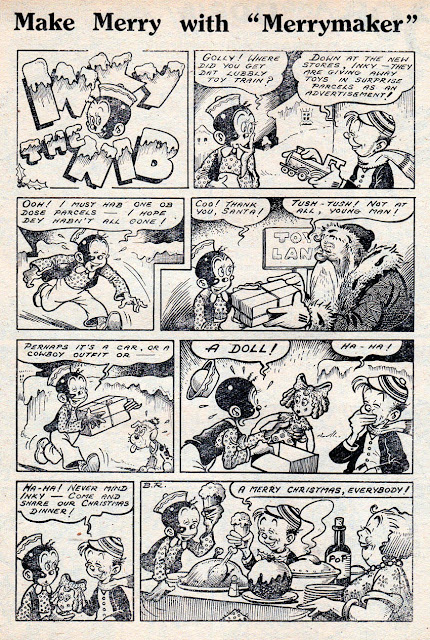 The centre page serial was... Bob and Doris. Hardly the most dramatic of titles for a strip, but the story has a weird dreamlike, stream of consciousness aspect to it. The art is by Stanley White, and I think this is the first time I've shown any of his work here. 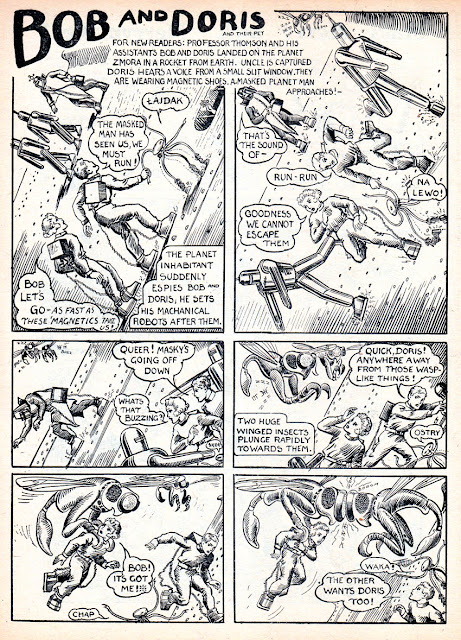 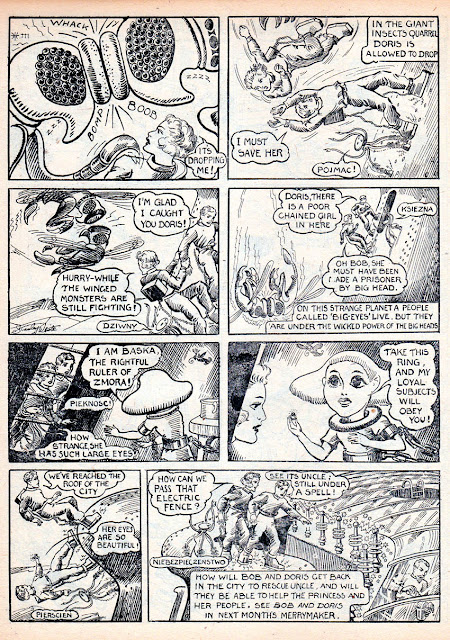 Try Hard Tubby and Maurice his Miserable Mate has a funny title at least, and the art does the job admirably, but it's a very basic slapstick routine. I'm sure I saw this whole routine performed by Charlie Cairoli and his fellow clowns at Blackpool Tower Circus. 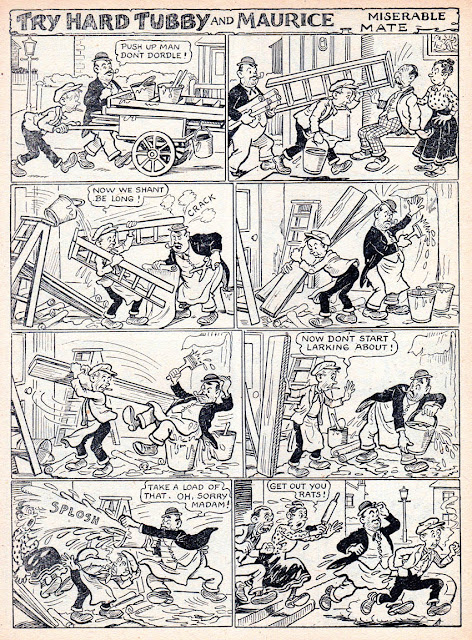 On the back page, another case for Dippy Dick the Dotty Detective. I'm not sure why the crooks would think that someone covered in coal dust was a ghost but it's a lively strip that I'm sure must have amused the readers. 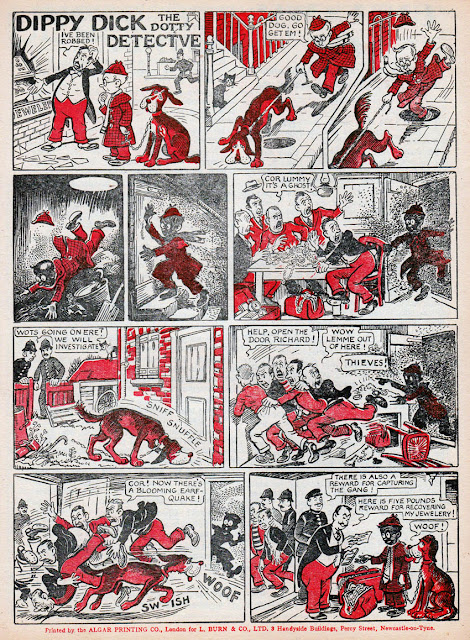 So... a Christmas comic that starts out Christmassy and then runs non-festive stories once we get past page three, but a curious little comic all the same. According to Denis Gifford's Complete Catalogue of British Comics, this comic only ran for 11 issues. As this one is un-numbered I've no idea where it falls in the series. The seller I bought it from said this was from 1947, although it could be 1946. Anyway... it's over 70 years old.

interesting.. the Title banner says 'Vol 1'.. I've seen an example of Issue 3 which says 'no 3' in the title bar, I've seen an example which is unnumbered but has .. I think that's 4 colour printing (added pink, red and brown to the blue/black ink) which was 3d. Issue 11 was in that colour, and some places try to say this is issue 9... hard to tell.

But I would say I'm 90% sure this came out in 1947 as the second page (which you don't show) which has a Christmas competition which states the closing date is 14th January 1948. I kinda refuse to believe that it was open for over a year.

The first balloon in panel 8 of Dopey Dick references Jack McVea's hit novelty song, "Open the Door, Richard," which debuted in October 1946 and spent a few weeks on the Billboard charts in early '47. I thought it was a hit only in the US; I guess England dug it, too.