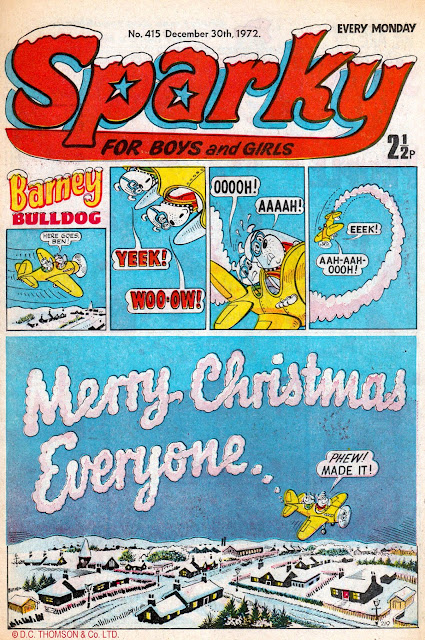 We've arrived at the early 1970s. Flared trousers are in, as are chopper bikes, clackers can't be far off, and this issue of Sparky was in newsagents this week in 1972. The cover is drawn by Bill Ritchie, with a novel approach to wishing the readers a Merry Christmas. 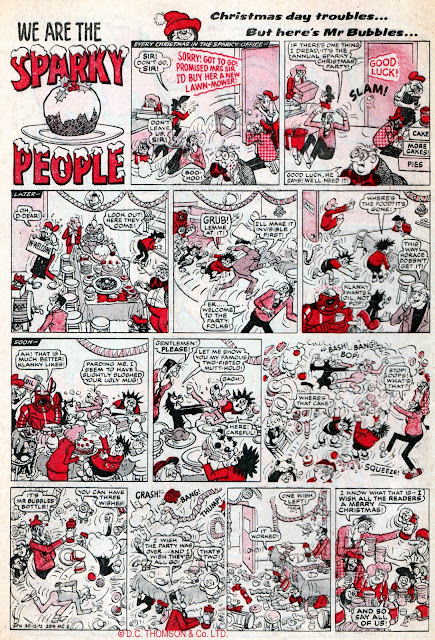 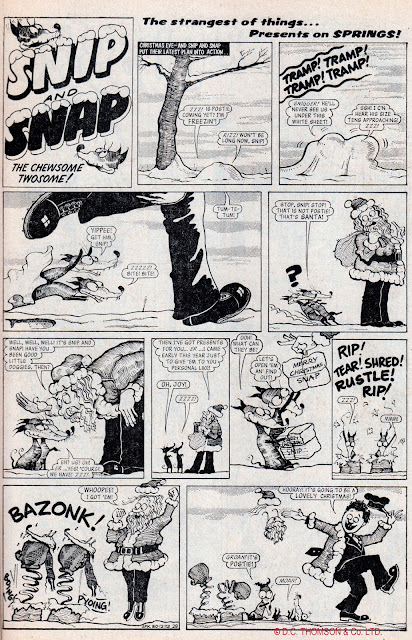 Sam's Snake and I Fly were both drawn by Phil Millar, who'd been a gag cartoonist for men's mags in the 1950s. 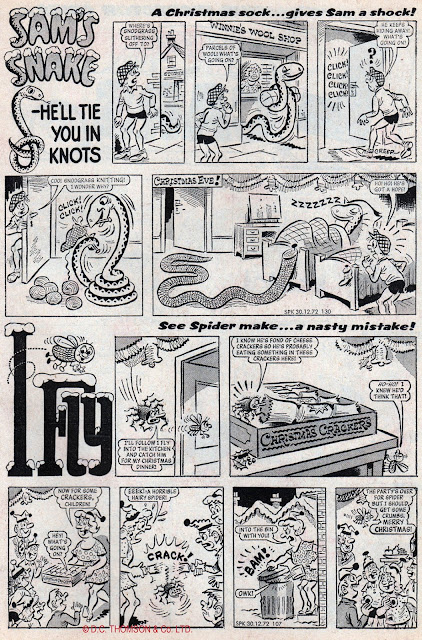 Spoofer McGraw (He Tells Tall Tales) reminds me of someone I encountered online recently, but that's a story for another day. This great strip was drawn by Gordon Bell, the original Pup Parade artist. 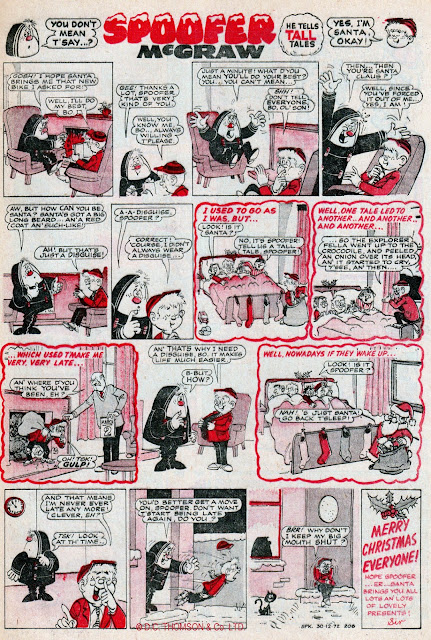 ...and on the back page of this 24 page comic was Puss and Boots, one of Sparky's most popular strips. Drawn by John Geering it encapsulated the off-the-wall humour that Sparky was famous for at this time. 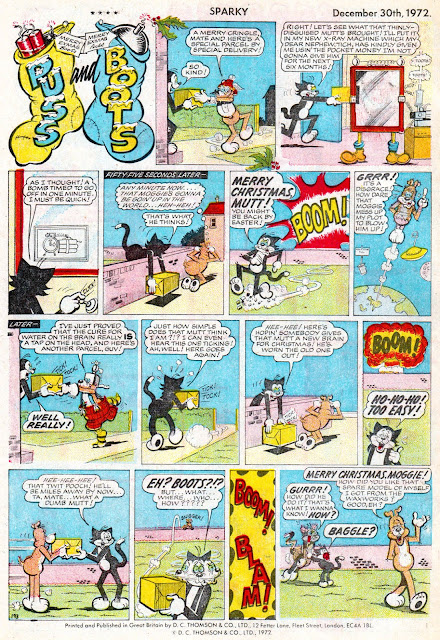 Sparky was a great comic from 1968 onwards and strips such as Puss and Boots, I Spy, Sparky People, Spoofer McGraw and others deserve to be reprinted. Maybe one day, but don't hold your breath.

I Fly is obviously a revival of Freddy the Fearless Fly from the 1940s Dandy, which isn't surprising since Sparky also brought back Hungry Horace and Pansy Potter, two other early Dandy and Beano characters.

Sam's Snake is just a rip-off of Sid's Snake from Whizzer and Chips.

A rip off of Buster too, judging by his cap.

If Wikipedia is to be believed, Sam's Snake first appeared in issue 244, coverdated September 20th, 1969.

First issue of Whizzer and Chips was about a month later.

That's right, but companies have their spies, despite editors trying to keep things confidential.

The Sparky People and Puss and Boots were brilliant strips. I had given up on kids comics around 1970/1 but it looks like Sparky maintained its high standards from previous years