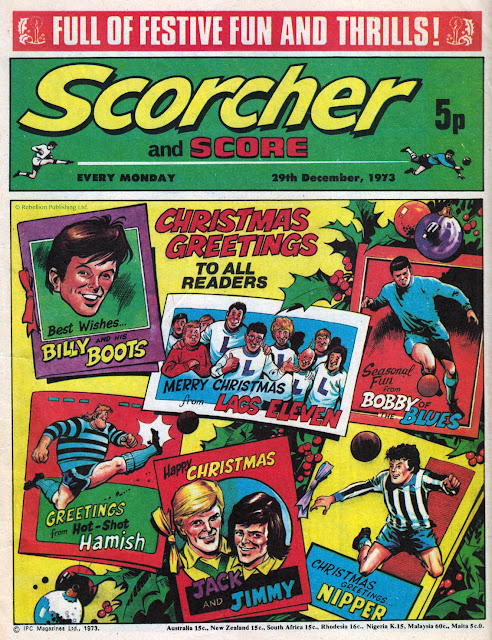 Adventure comics didn't always bother with Christmas episodes but this issue of Scorcher made the effort for a few of its characters. No snow on the logo, but a nice festive cover by Mike Western.

Inside, footballing brothers Jack and Jimmy (which had started out as two separate stories in Score and Roar) concluded their latest story with preparations for Christmas. Art by Barrie Mitchell... 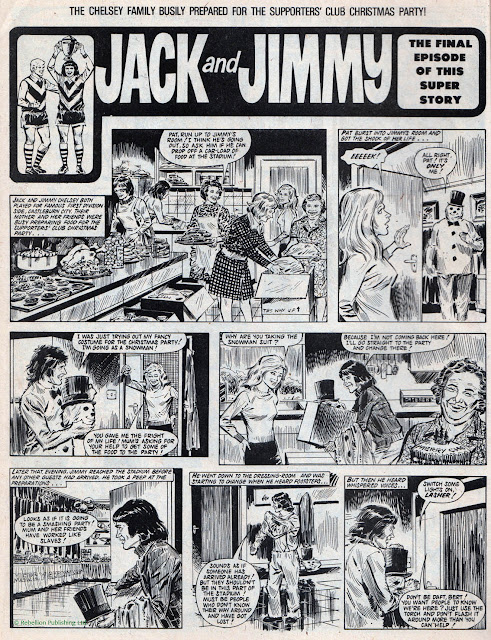 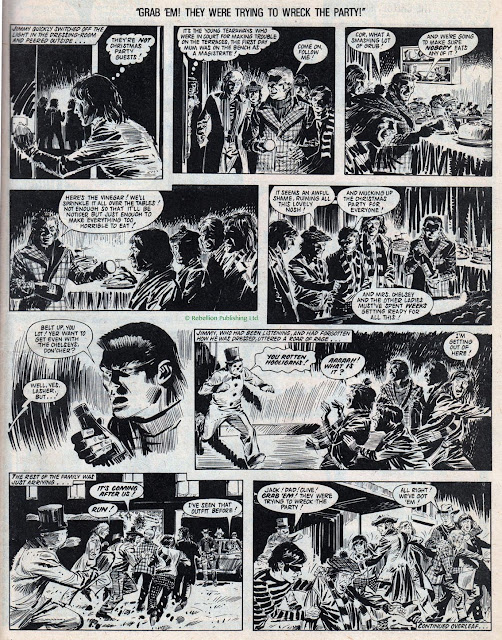 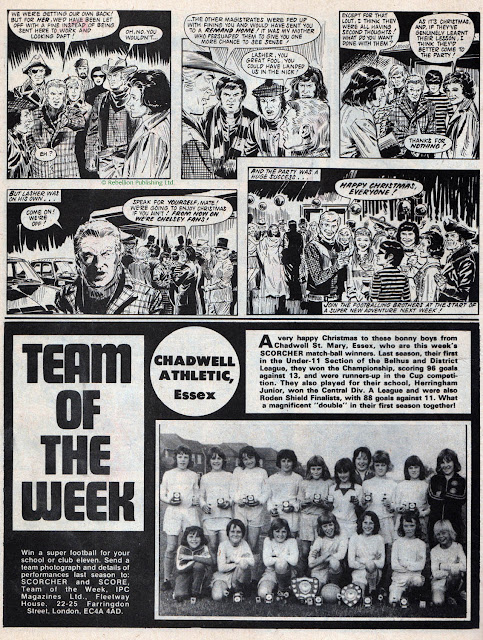 Billy's Boots had been in Scorcher since issue 1 in 1970 (see here) and would continue to be the comic's most successful strip. It later moved to Tiger when the two comics merged. You can read more about the series on this old blog post:
https://lewstringer.blogspot.com/2010/04/final-fate-of-billys-boots.html

Don't forget that a Billy's Boots collection of the earliest stories is coming in February from Rebellion! 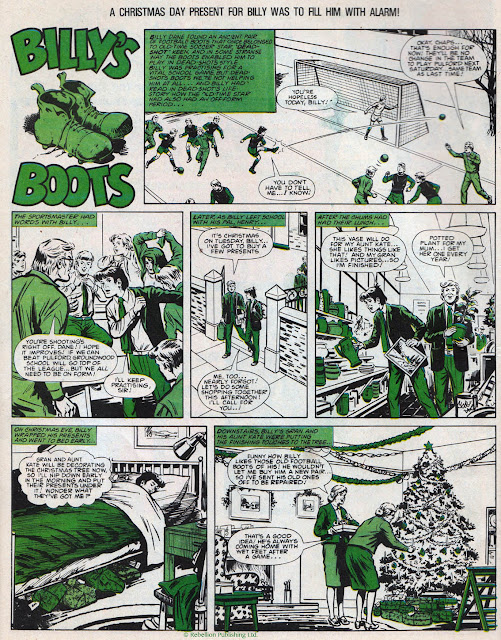 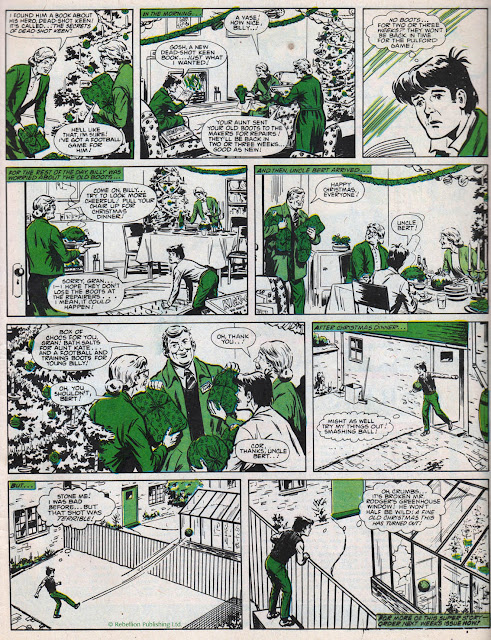 Lags Eleven was another popular strip, but never a favourite of mine I must admit. Art by Douglas Maxted... 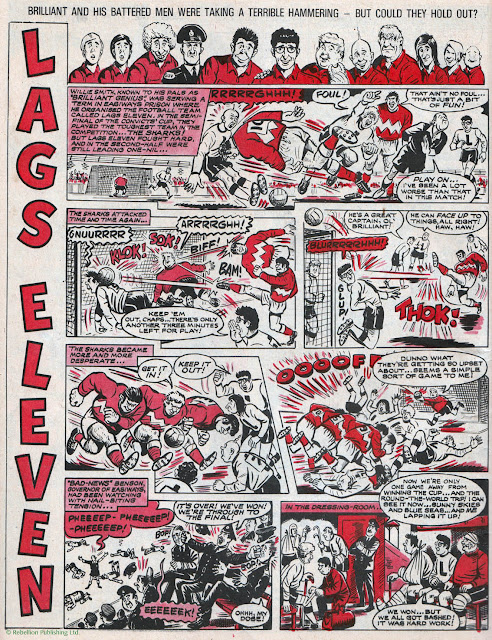 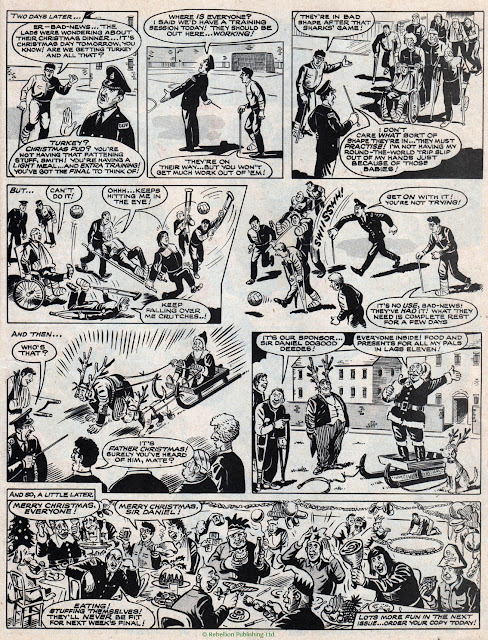 The best thing about Scorcher for me is that it gave work to Ken Reid. Here's Jimmy Jinks which although not in the same league as his strips from the 1950s and 1960s is still of a very high standard. 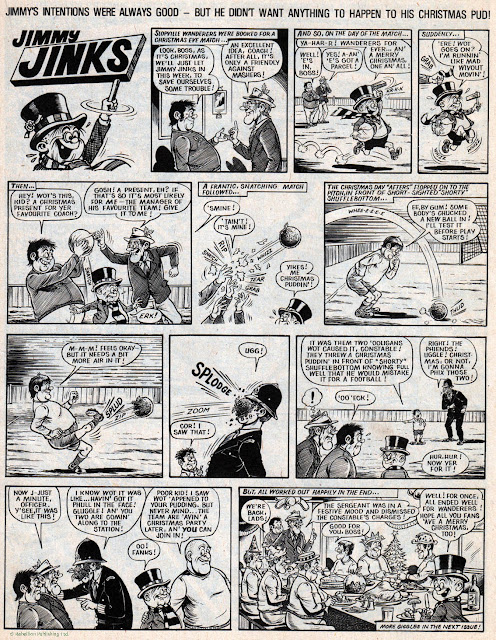 There'll be another Christmas comic from the 1970s soon!

The best football comic ever (imho) I'm always amazed that comics like Scorcher, Sparky etc were still going in 1973 and still looking fresh as I stopped reading 99% of UK comics around 1971/2 and just lost touch with them. Love that cover

Well, they didn't last much longer than that. Scorcher merged with Tiger in 1974 and Sparky merged into Topper in 1977.

You'd be surprised at the number of people I meet at conventions who thought the Beano ended just after they stopped reading it. 😄