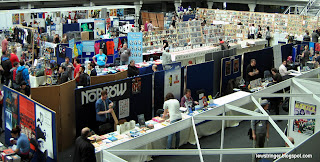 I was unable to attend the Bristol Comic Expo last week so to compensate for missing the camaraderie with my comic pals I bought a ticket to the Kapow! Comic Convention in London - and thoroughly enjoyed it. Here's a bunch of pics from today's show at the Business Design Centre in Islington...

Smaller than I expected, but a good venue. This is the scene just a few minutes after the doors opened before the majority of the fans arrived... 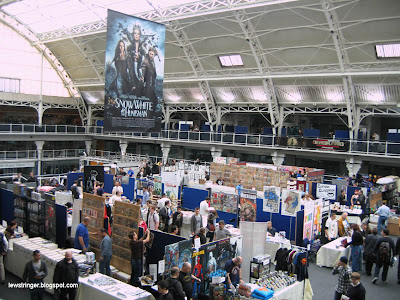 It was good to meet up with my old pals David (Psycho Gran) Leach and Bambos (multi-talented artist/writer/letterer/editor) Georgiou... 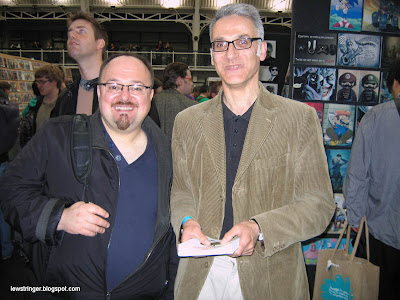 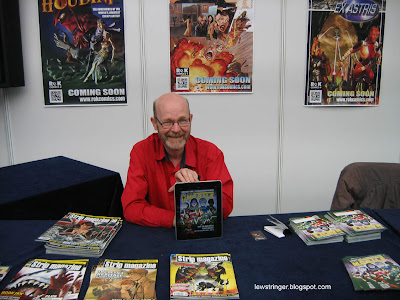 A variety of guests including.... wrestlers? 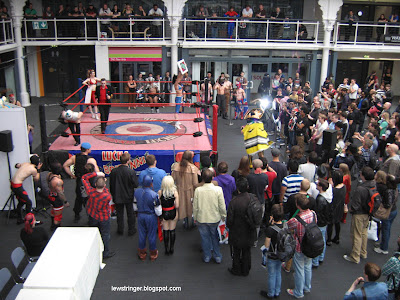 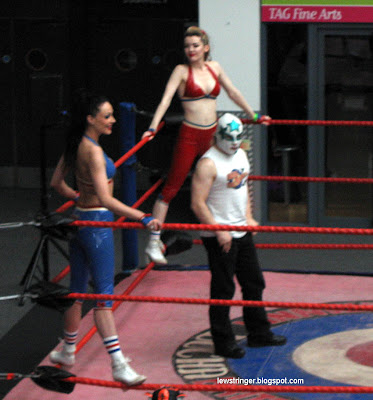 Jonathan Ross turned up and had a fight. See video here.

By mid-day the hall was packed, but still comfortable... 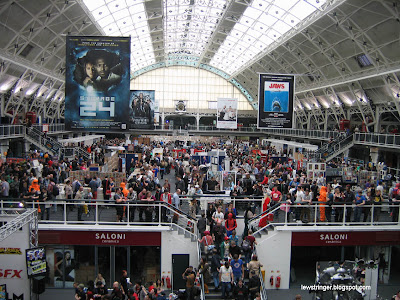 Fiona Stephenson (http://www.fionastephenson.com/) and Dean Ormston (http://comicbookdb.com/creator.php?ID=934) were just two of many artists who were exhibiting there... 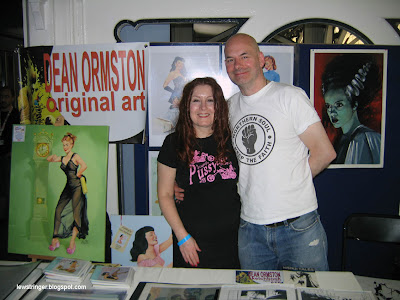 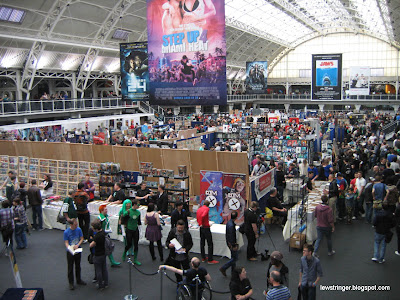 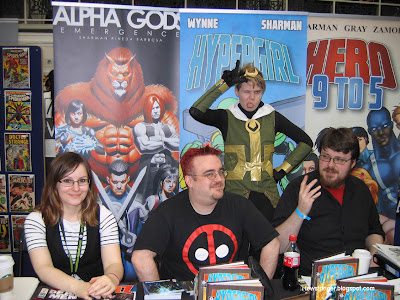 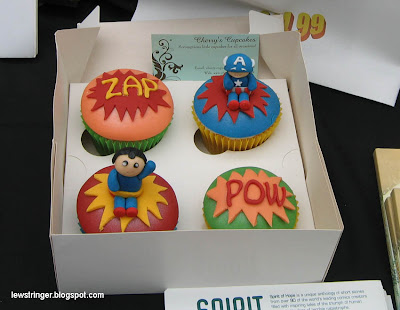 It's Noel Clarke from off the telly and films being interviewed about his career... 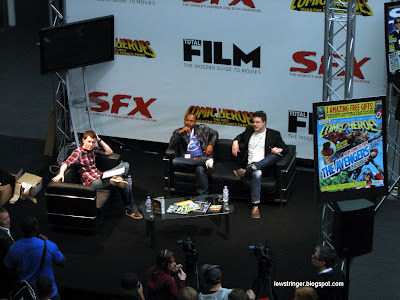 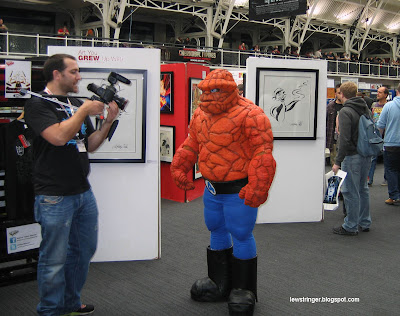 Writer Mark Millar (Kick Ass, The Secret Service, The Ultimates, CLiNT and tons more) being interviewed about his work... 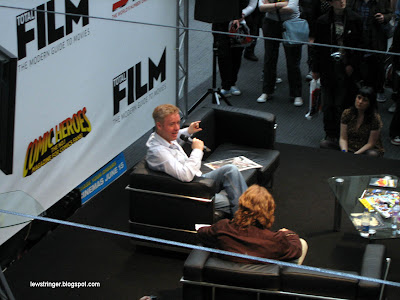 The event continues tomorrow, but I only decided to go for Saturday. (Tickets only folks, so don't turn up to pay on the door.) I haven't been to a London convention for years and although Kapow! has a different vibe to the old, much missed UKCAC events it was well worth attending. Great to meet up with Ian Edginton, Mike and Cassandra Conroy, Steve and Suzanne Tanner, Yel Zamor, G.M. Jordan, Tim Pilcher, Shane Chebsey, Emma Viecelli, Brady Webb, Ed Hammond, David Lloyd, Martin Averne and others again. Always good to see Dave Gibbons (albeit briefly this year), whose infectious enthusiasm for comics is always appreciated, and I was pleased to meet Kieron Gillan, Mark Millar and his wife Lucy Unwin, again too briefly.

Well done to Lucy and Sarah Unwin for putting on a smashing event. Unlike some comic shows these days which downplay comics in favour of being autograph events for actors, Kapow! has the right ratio of comics and related media. Comics are definitely to the fore, but there's a small inclusion of media guests as well which adds more variety to the lineup without it overshadowing comics. Hopefully there'll be another Kapow! in 2013 so roll on next year!
Posted by Lew Stringer at 22:50

There doesn't appear to be any Dredd film promotion at Kapow! The film is out September 7. Not long to go.

Great pity the film makers/promoters didn't turn up to market it. The film needs some decent promotion. No trailer has been released.

I understand the movie guys are at the Cannes Film Festival at the moment promoting the film. With the greatest respect to Kapow, it makes more sense to give Cannes exclusivity to it at present.

Cheers Lew. I need to get over my con-o-phobia and head to Kapow! some day but your reports are so good it's like being there anyway.

BTW, there are some meet ups in Acocks Green on a monthly basis for horror/comics and media - Dave Holmes and Steve Green usually attend and it'd be an honour if you fancied gracing us with your presence some day. If you're up for it, drop me a comment.