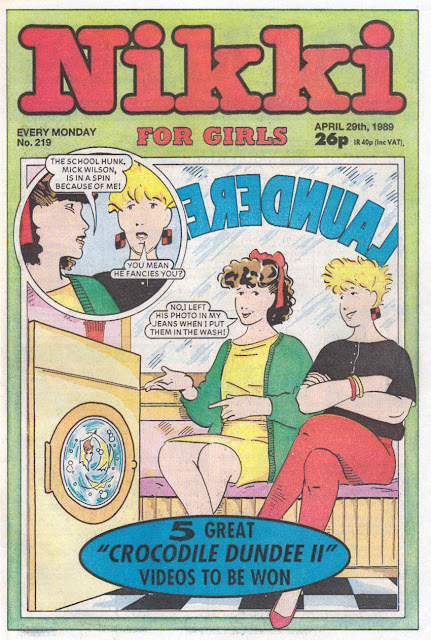 Before Mudman, before Jack Staff and Kane, and around the time of the controversial St.Swithin's Day comic with Grant Morrison, comic artist Paul Grist was illustrating strips for DC Thomson's girls comic Nikki.

He even became the regular cover artist for a while. Here's a few examples from 1989... 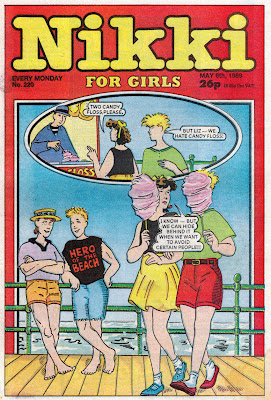 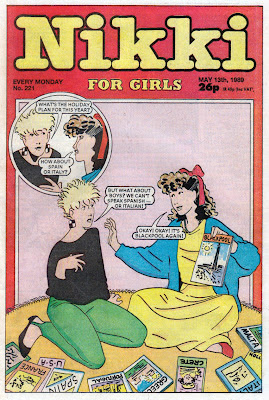 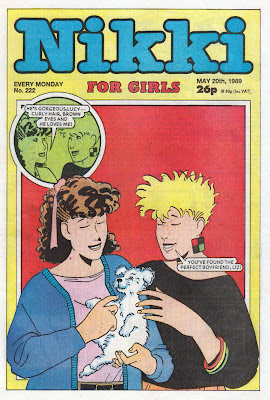 As you can see, Paul's pleasant style and his great sense of composition and balance of black and white was evident even then. He also drew a semi-regular strip called I Love Dave about an infatuated teenager. Here are three of those strips... 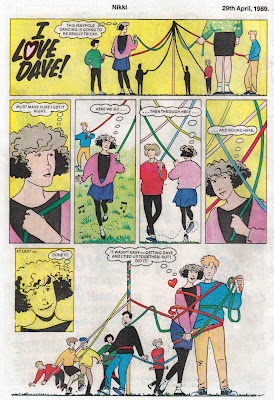 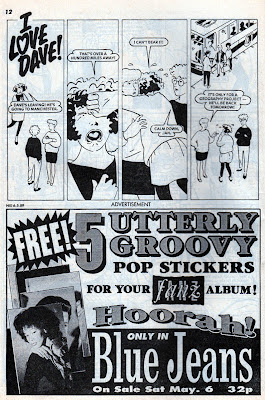 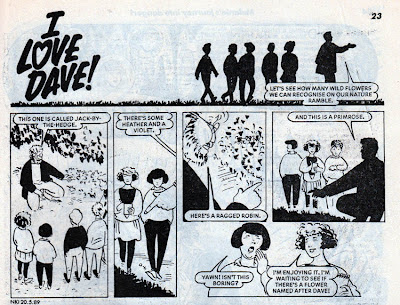 There's a good interview with Paul about his career on the FPI website here.

I used to love Paul's work in Nikki. I was drawing for that and Judy and other DC Thomson comics back then too, and it was great to see something so modern in there. Paul's latest comic, Mudman, is great fun too.

Interesting stuff, Sean. My knowledge of girls comics is very minimal although I have bought a few issues of Diana, Tammy, and some others recently.

Were you in those particular issues of Nikki? I didn't recognize your style although I imagine it's evolved quite a bit since then.

Haha, is "Hero of the Beach" a reference to the old Charles Atlas ads from 50's American comics? (I don't think that specific one was used in British comics, though the one about the lumberjack was on the back of the Sexton Blake Library regularly).

Those ads also appeared in the back of some 1960s/70s UK comics that reprinted US material I think, and in other magazines, so they were fairly well known in Britain. Not sure if many girls in 1989 would get the connection though!

Thanks for posting those, Lew. Beautiful.

Thanks also for linking to my interview with Paul at the FPI blog.

Your blog is ace.

Keep up the good work!

Thanks Lew! 1989, and I see I'm still using the same jokes (issue 7 of Mudman has the same Hero of the Beach slogan). Should I mention issue 5 will be on sale this week?

Good comics are always worth a mention Paul.

Buy MUDMAN No.5 this week folks! On sale in comic shops from Thursday (due to Bank Holiday).

Lew, don't have the original issues to hand and don't recognize any of those covers. My work appeared in Nikki from 1987 onwards for a few years. Stories included "I'll `Stand By You" and "The School Trip" and assorted shorts. I didn't always buy the actual issues and never knew when my stories would see print. I worked up to a couple of years in advance...

Thanks Sean. The issues shown are the only ones I have so it doesn't look like you're in those unfortunately. All interesting stuff though, so thanks for the info.

For the few of you out there who might not know, Sean Phillips is one of the best comic artists in the business. Check out his work on 'Criminal', 'Incognito', and 'Fatale' to name but a few of his triumphs. All available from bookshops and online at Amazon:

I came late to Paul’s work, through MudMan but I’m enjoying catching up with all the work he’s done up to this point. Great stuff and plus, free Crocodile Dundee II videos? Fantastic!! :O)

Got a stack of old Nikki comics last week. I'm in that issue 222, Lew. A three pager called "Too Shy" that I don't even remember drawing. My last serial for Nikki started in the next issue, an eight parter called "We Both Love Ben!" about twin sisters who both fancied the same boy.

Thanks for the extra info, Sean!