The comics that were always Top Sellers 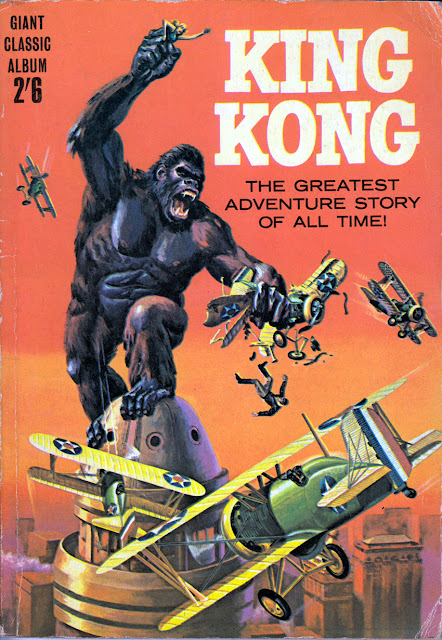 Back in the late 1960s to the late 1970s there was a company that unleashed numerous different titles into British newsagents. I'm not talking about DC Thomson, or IPC, but another outfit called Top Sellers. 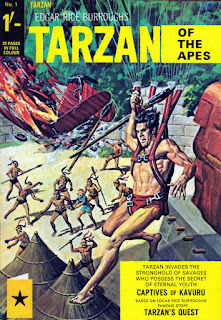 In fact it appears that Top Sellers was only one name the company traded under, as some comics were published by Williams, and I think World Distributors were also part of the set up, along with Thorpe & Porter, who distributed DC Comics to the UK back then. (More info on Dez Skinn's website: http://dezskinn.com/warner-williams/)

The comics they produced in the sixties and seventies were an attempt to cash in on the growing interest in American comics. Top Sellers had gained the licence to publish some of the Dell and Gold Key comics in editions for the UK and Europe, so we saw an explosion of comics in the American size, with 32 interior full colour pages. Titles included Bonanza, Rin Tin Tin, Gunsmoke, The Lone Ranger, and, the most popular, Tarzan, all priced 1/- (5p) each.

One comic that stood out for me though was a giant sized 64 page one-off for King Kong, as seen at the top of this article. I bought this much-treasured item in 1970 for 2/6d (12 and a half pence) and found the artwork by Alberto Giolitti completely absorbing. Bear in mind that in 1970 there were no videos, this was the next best thing to owning a visualisation of the classic movie. Here are some pages from the book: 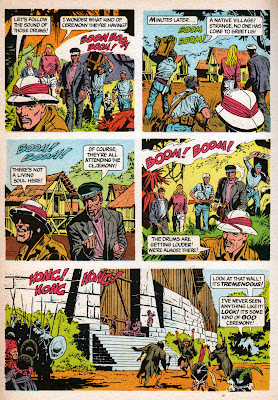 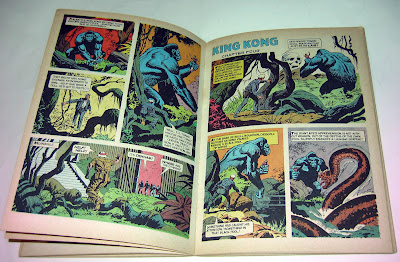 Top Sellers also had a range of humour comics, including the Larry Harmon version of Laurel and Hardy (which was really nowhere near as funny or clever as the movies)... 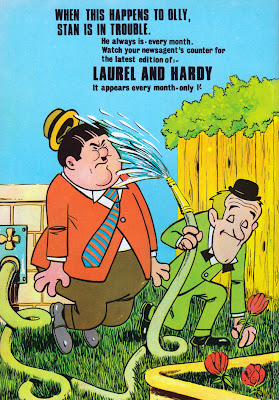 ...and my personal favourite, Fox and Crow... 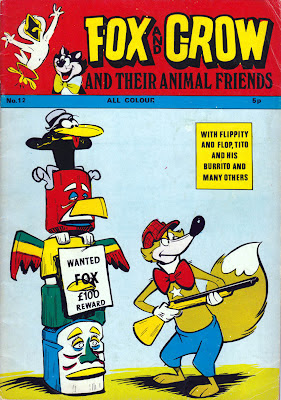 I didn't know back then that Fox and Crow was a reprint of a 1950s DC Comics series. The strips hadn't dated and were still funny 20 years later. 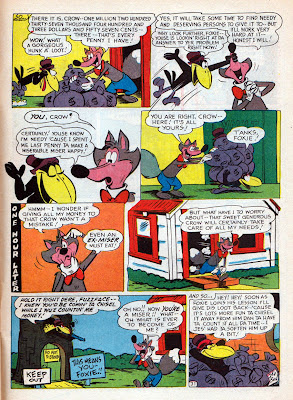 As I mentioned earlier, Top Sellers/Williams also produced foreign editions, which I think must explain why, in 1972, issue 17 of Fox and Crow mistakenly carried the title banner Flax. Presumably the logo wasn't changed before printing the UK editions. 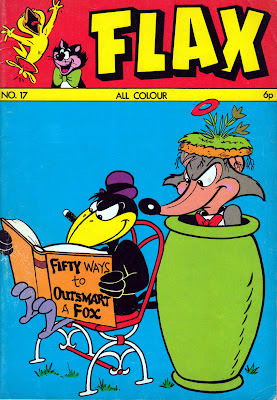 The earliest edition of these comics that I have is one which I think may well have been the very first comic I was bought, a large format comic album called Huckleberry Hound Chuckleberry Time under the World Distributors imprint who also produced lots of annuals such as Huckleberry Hound, Superman, Flash Gordon, and many more. Here's the Chuckleberry comic, a little worse for wear now considering I had it when I was three or four years old... 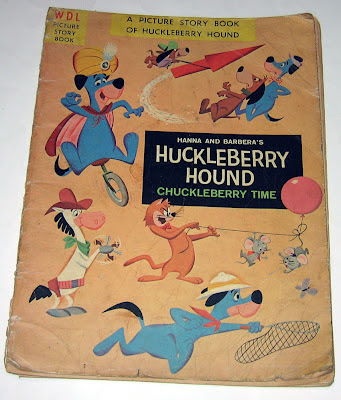 The comic was a UK edition of a Gold Key title from 1961 although it must have been around 1963 or 1964 when I had my copy. The strips include Huckleberry Hound of course... 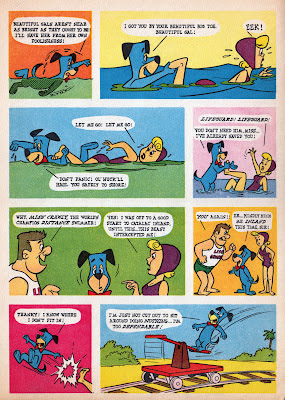 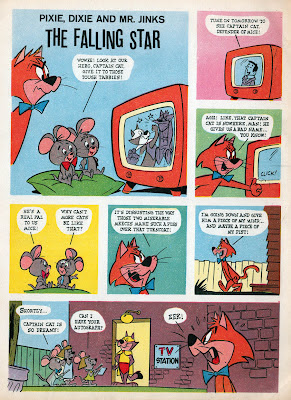 By 1970 Top Sellers were featuring Hanna-Barbera's Motormouse and Autocat in Fun-In comic, and were also producing comics for younger children such as Benjy and Pellephant. (Being a near-teenager by then I never bought those comics so I've no idea whether they were Euro-reprint or new material.) 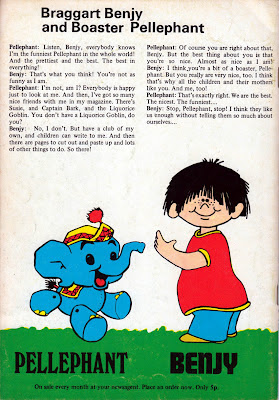 It was Tarzan though that proved to be the most popular, (thanks to a new Tarzan TV series featuring Ron Ely) and the comic soon moved from monthly to fortnightly frequency, reprinting stories by Jesse Marsh, Russ Manning, and others... 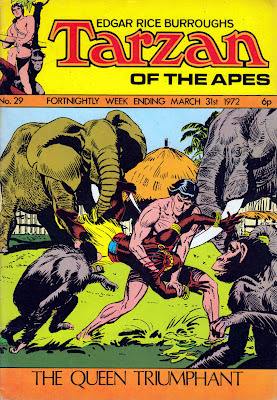 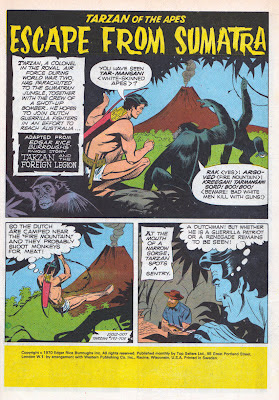 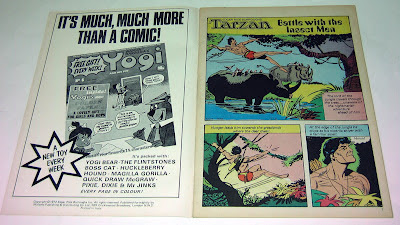 The company was also behind Super DC, which I covered here five years ago. Here's the ad for the comic from the inside front cover of Tarzan No.1 in 1970... 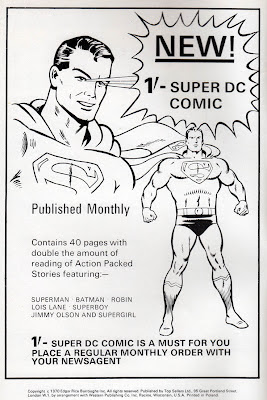 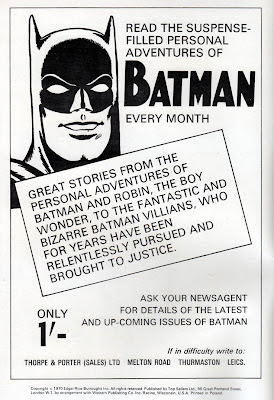 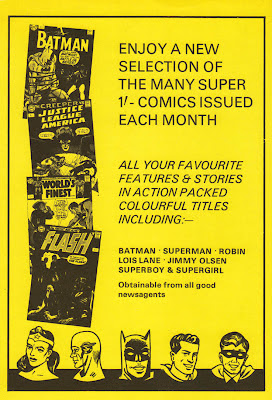 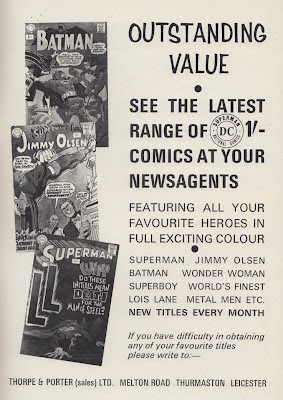 This post is really only the tip of the iceberg regarding Top Sellers/Williams/Warners/World Distributors. They were enjoyable comics but, for me, they were the sort of thing you'd buy if there weren't any real American comics you wanted. Subsequently I gave away or threw out most of the ones I had back then. They were second best to my young eyes, and I cleared space for Marvel and DC titles. However, in retrospect they featured some good, clearly told tales that were perfect for children. The paper stock was nice too, with thicker covers and pulpy paper coincidentally similar to that now used by Dark Horse for their Gold Key reprints.

At a time when comics were plentiful in shops, the Top Sellers titles were another range to add to the wide choice we had back then. Happy days!
Posted by Lew Stringer at 00:00

lew,
i remember seeing these comics in the newsagents in the mid 70's, especially the tarzan and laurel & hardy comics. i never bought a copy, but i used to look inside them because i remember the colours on the interior pages were very bright and strong compared to american comics and you could not see the ink dots, they also smelt different to any other comic. i never knew they were usa reprints, i just assumed they were european comics. i wouldhave liked to have bought some, but i dont think i was as rich as you in those days as i only had 50p pocket money each week for sweets and comics.

Ha, I certainly wasn't rich. 50p a week would still pay for quite a few monthly shilling comics from the corner shop on our old council estate and you'd still have change for a bar of chocolate. (I was never partial to sweets.) Yes, the smell of those Top Sellers comics was nice. They had a good texture to the paper too. Print quality was uneven though on some copies.

I have what must be alter version of that King Kong adaptation, probably reissued to tie in with 1976 King Kong.

I loved those Tarzan comics, and still have quite a few. They seemed to feature lots of reformatted newspaper strip material by Russ Manning, John Celardo and probably others (I think Bob Lubbers was in there somewhere)

Though I always looked down on those titles (as I previously did with Charlton and Dell comics) seeing them as poor relations to DC and Marvel, the funny thing is that the very sight of them is enough to stir up waves of nostalgia in me today. It's not so much that I miss the comics themselves, but that I miss the time they remind me of - and the lovely spinner racks they occupied...!

Spinner racks were great, stuffed full of comics, with those lurid "men's adventure magazines" at the top with cover paintings of hellcats and their tempting cleavages. Unfortunately by the time I was old enough to buy those mags they'd all been canceled. :)

Lew, what about an article on Gold Token comics? I think they were by 'Young World Distributors' which I assume has a connection with this article. I must still have The Moonspinners, Scamp, and maybe an odd other one, somewhere!Looking on the Net it looks as if no-one has written anything, that a cursory glance can find

I'm afraid I've never heard of them Norman, but I'm sure someone will blog about them one day.

Does anyone of the readers here, got Information about the Company History of Thorpe&Porter & Top Sellers

These comics are worth rediscovering. I think the last 30 issues of the Tarzan comic did feature material that never been published in U.S.A. It looked like Spanish or South American artists. Some very good work but the stories were not up to same standard.
I don't know whether the artwork was prepared abroad or commissioned for the U.K. You can see a copy of the Italian edition of the tarzan comic on a newsstand in Venice ( or Rome can't remember) in an episode of The Protectors so I reckon it was part of a trans European publishing effort. Would love to know the whole story behind Top Sellers and Thorpe and a porter some time.

Pellephant (originally Pellefant) was a Swedish children's comic by Rune Andreasson. This was definitely a trans-European publishing effort. Some of those comics that weren't already being published by French licensees were published in France in the early 1970s under the Williams imprint. They even published a Superman/Batman annual that was probably a British annual, even though éditions SAGE had the Superman license in France. I bought the King Kong adaptation's French version probably in 1972 or 73.

Thank you for the extra information Jean-Paul. Much appreciated.