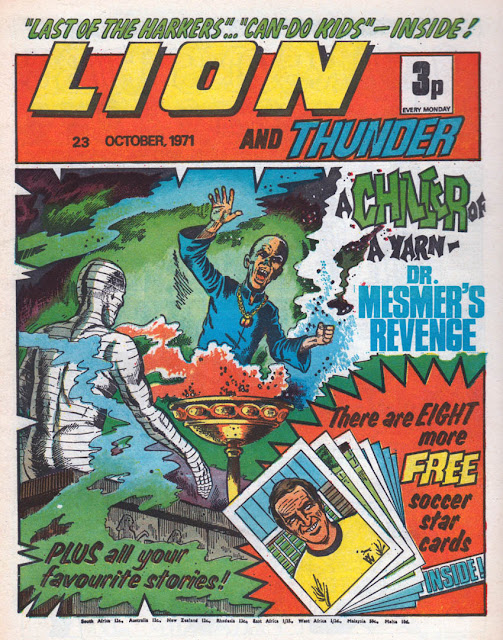 By the time this issue of Lion and Thunder was published, exactly 41 years ago today, the two comics had been combined for seven months, and the joint title would remain right up until the final issue in 1974.

As a solo title I thought Thunder was a bit weak. Presumably most other readers did too, as it only ran for 22 weeks before merging into Lion. However, the combined comic was pretty solid, with a good line up of stories.

This particular issue was the second week of a mini revamp for Lion and Thunder, with a few new stories added and the second batch of collectible football cards. (A mini album to keep them in had been given away the week before.) This free gift scheme ran across several IPC comics and you can see a picture of the gifts in an earlier blog post by clicking here and scrolling down.) 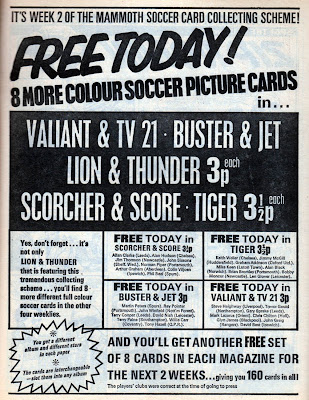 One of the new strips, Dr. Mesmer's Revenge, was highlighted on the cover and inside the chilling second episode, illustrated by Carlos Cruz, saw Mesmer summon a 5,000 year old mummy to life. All dark and atmospheric stuff, although it looks as though the artwork on pages 2 and 3 was drawn to a shorter height, as some panels have been extended with extra art in places. 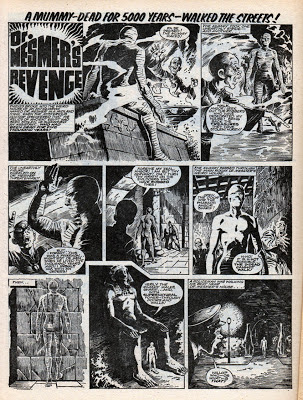 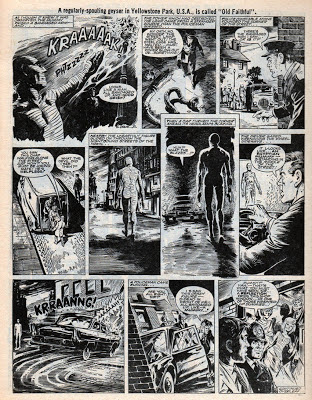 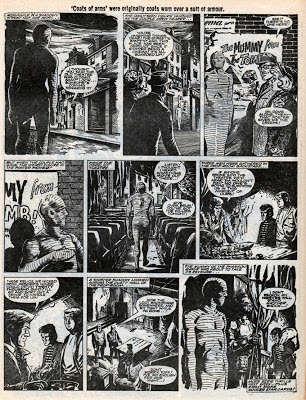 Another strip dealing with the supernatural was The Spellbinder, drawn by Geoff Campion, one of IPC's top artists. It really looks like Campion enjoyed indulging in a bit of horror here drawing the demon. 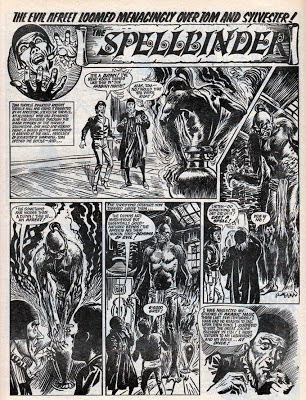 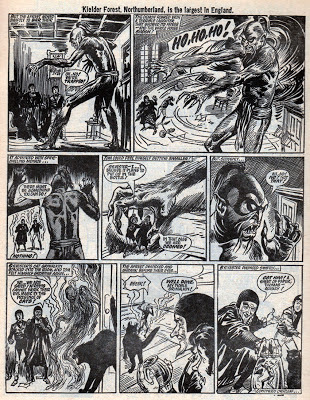 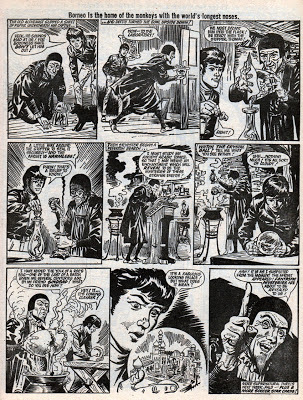 In fact there was quite a supernatural element running through several strips in Lion during this period. It seems the editor knew that horror was a popular theme in cinema, books and magazines and was tapping into that. The core readers of Lion may have been too young to get into the cinema to see The House that Dripped Blood or Scars of Dracula but their thirst for the weird and uncanny could be sated somewhat by the horror-lite stories in comics.

The exploits of Black Max for example featured a giant bat... 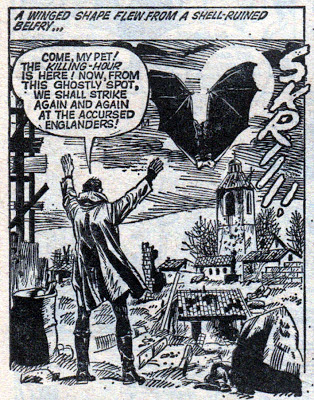 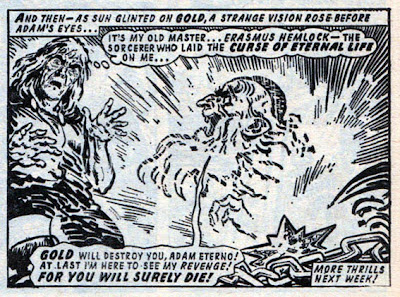 ...and although The Last of the Harkers was much more lightweight fare, it regularly featured a ghost. 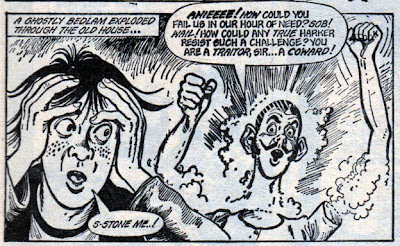 Even one of the two humour strips, The Spooks of St.Luke's, was comic horror... 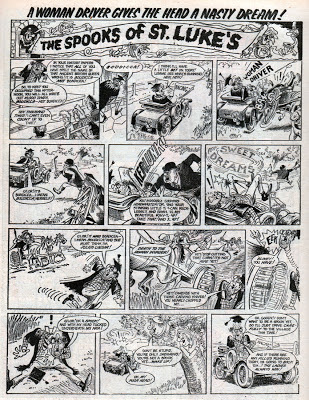 The comic also contained several non-supernatural strips (Carson's Cubs, Steel Commando and Zip Nolan for example) but there was definitely a good dollop of the weird and fantastic in Lion at this time.

Finally, on the back page, Reg Parlett's ever-popular Mowser rounded off the comic for light relief, with not a walking corpse or demon in sight. 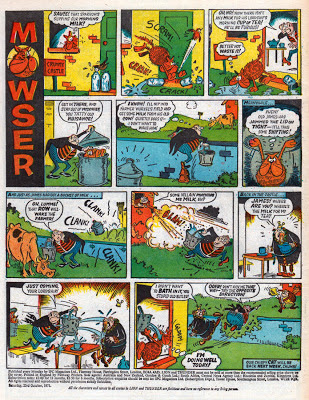 You also forgot to mention that the footballer card on the front also looks really ghoulish.
-Eddie

Great Blog!
Can you tell me who drew Black Max?
I loved that strip when I was younger, it was the most bizarre war strip ever, and that's saying something for British comics.

Lovely art and great spooky themes. I didnt realise Lion strayed into this area. I'll have to keep my eyes peeled for copies.

David, I think Black Max was drawn by Alfonso Font.

Andy, It's surprising how many UK strips wandered into mild horror territory, and of course with artists of such quality their styles suited it well.

I think there was a artist called Ray Bradbury who used to draw for 'Smash' a character called heronimous Doom?. This was a supernatural themed strip.

The spellbinder character was years ahead of it's time and I wondered how the story ended after the Valiant jined up with battle to become a war paper.

Jamie, you're thinking of Cursitor Doom, drawn by Eric Bradbury. The strip never made it to Smash's merger with Valiant. It ended quite a while before then.

Hi Lew , great blogg. LION and THUNDER , was my comic of choice. Started reading Thunder first. Here comes the question, could you please tell me was Judge Jeffreys gauntlet in that comic ?The premise was a gauntlet that once belonged to aforementioned that when found and worn brought justice good or bad to the wearer . Cant find any reference on the web. And my mates are clueless cheers Rob

The gauntlet of fate was in issue 1 of Thunder. More info here: http://www.internationalhero.co.uk/g/gauntlet.htm

Thanks Alex! For some reason I forgot to reply to Robert's question. I must have been distracted by something at the time.