Next week's 2000AD leads with a Mike McMahon cover 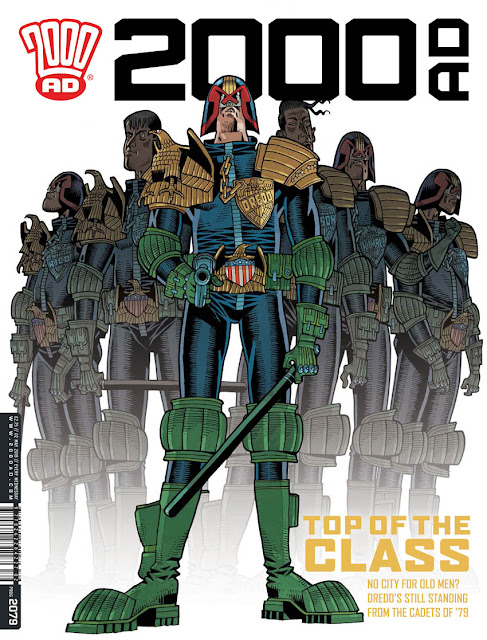 Here's a preview of what's coming up in 2000AD, including a stunning cover by one of Judge Dredd's original artists, Mick McMahon. 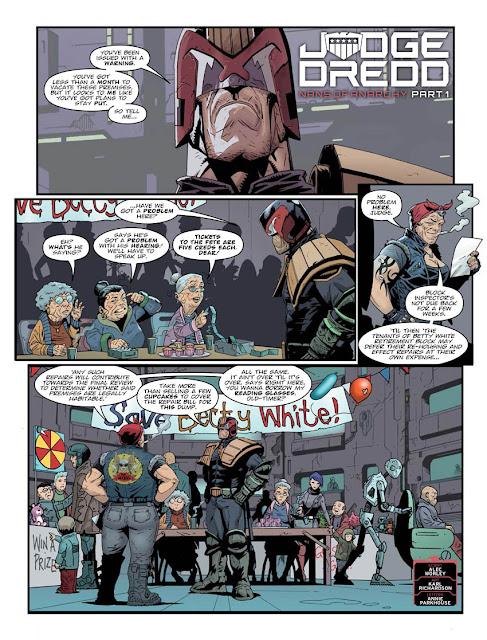 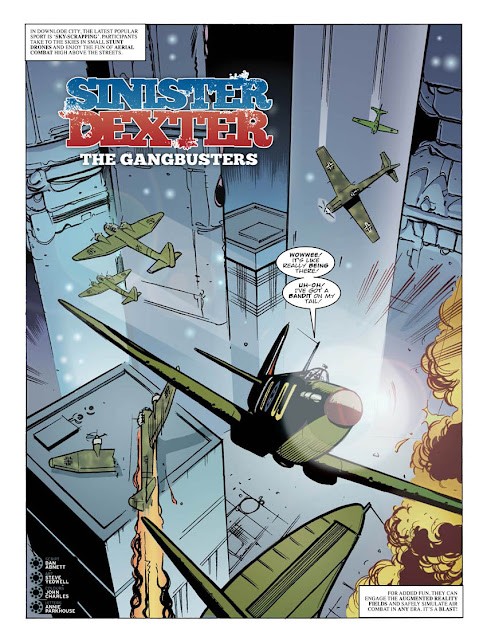 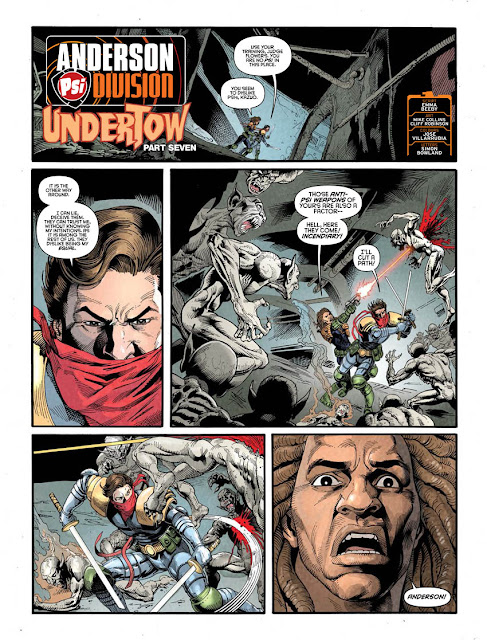 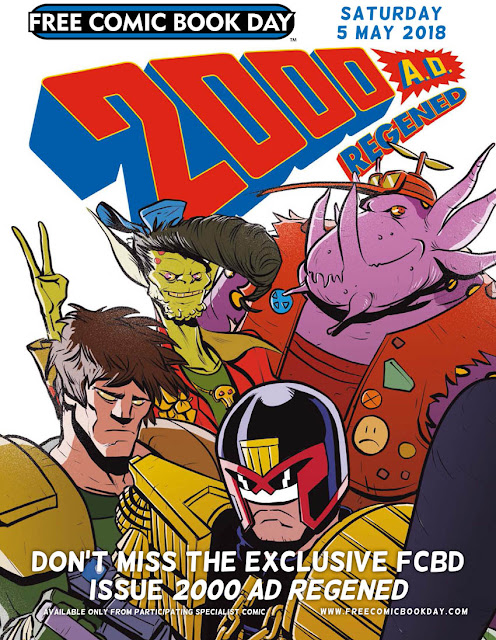 I don't think any of the characters on the FCBD poster belong in an "all ages" comic... in fact I can't think of anything I've read in "2000 AD" that does. Except for that guy in Mega-City One who once obtained the recipe for school meals and produced it for the rest of the population. Or something like that... Judge Dredd closed him down - then launched a range of Justice Department Dinners.

I dunno... 2000AD started out as an all-ages comic, so cutting back on the profanity, sexual references, and over-complex plots could still work for the FCBD special. It's just a shame there's no regular equivalent for kids to read if they enjoy the special, unless 2000AD are expecting them to buy the reprints of classic strips.