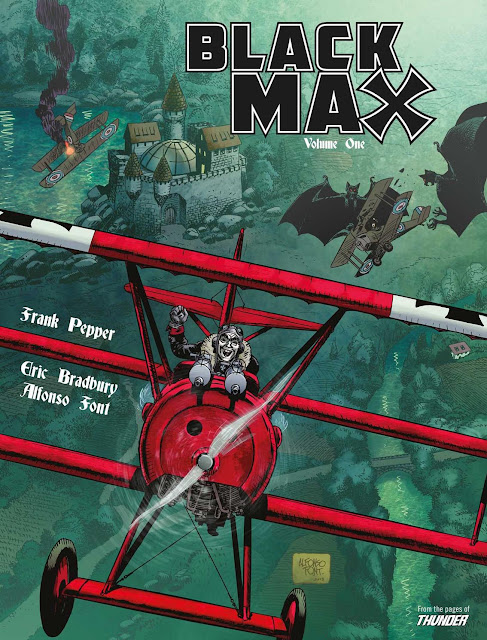 The covers have been revealed on Amazon of five upcoming books in The Treasury of British Comics line. The list of books was released back in January but this is the first time the covers of these five have been shown. Bear in mind that the covers may be tweaked before publication, as sometimes dummy covers are released to the book trade for pre-order purposes, - but all of these look pretty tidy to me so I'm presuming they will be the published versions.

The exciting thing about the Black Max book is that it features a new cover illustrated by Alfonso Font, the artist who drew the majority of the series for Thunder way back in 1970! (You can see his website here:
http://www.alfonsofont.com/en/)

I think Black Max is the book I'm looking forward to the most out of this selection, although Ken Reid's Creepy Creations will be a must-buy as well. I can thoroughly recommend El Mestizo too. An unusual strip for Battle Picture Weekly as it was set in the American Civil War with a touch of a Spaghetti Western tone about it. Alan Hebden and Carlos Ezquerra did a fine job on this 1977 series. Definitely worth reading! 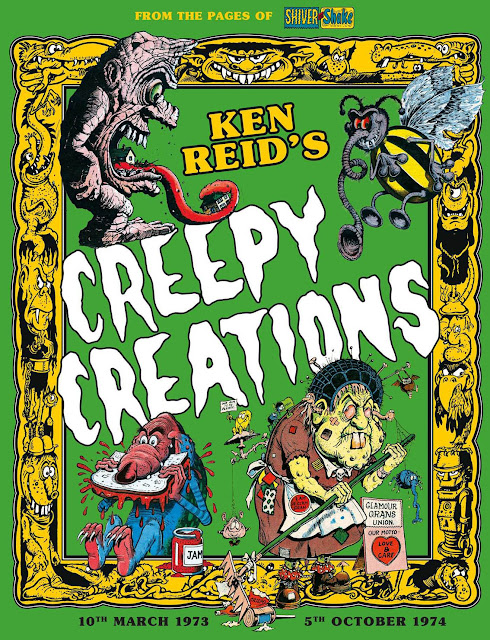 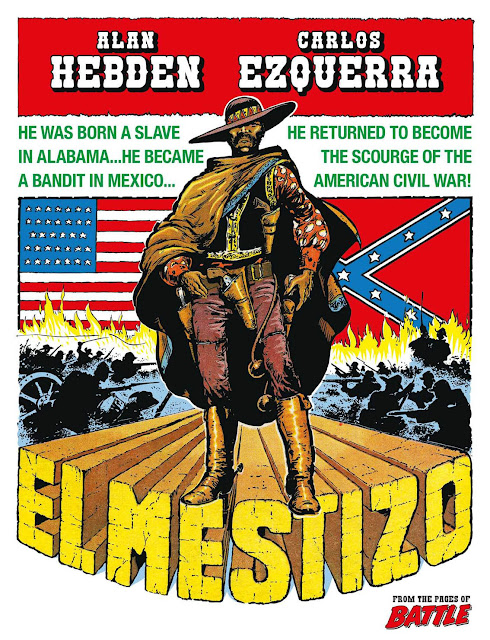 A third Misty volume is welcome to see, as it presumably means the first two books did well. Great to see these 1970s stories reprinted for modern readers. Same goes for The Thirteenth Floor, reprinting material from Scream! Tales of spooky retribution that are well worth buying. 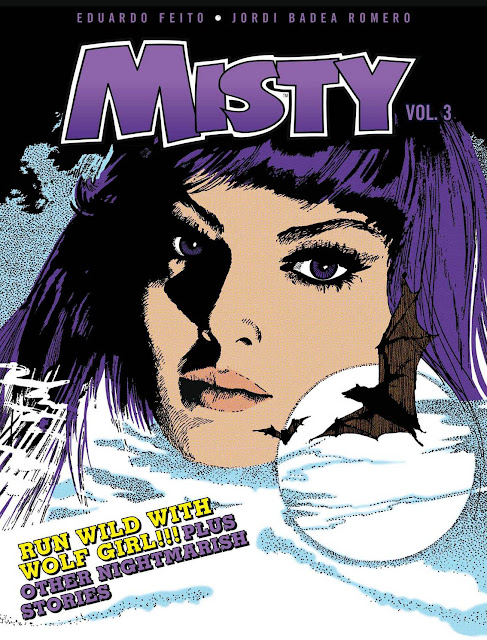 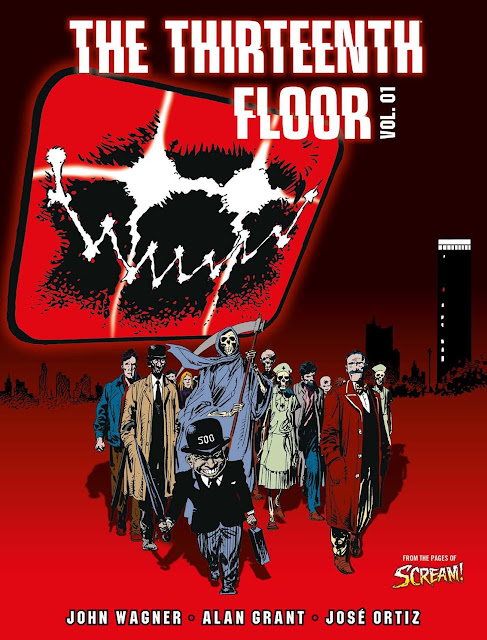 You can pre-order the books from Amazon right now to ensure your copies:

The books will also be available directly from the publisher's website at a later date:
https://treasuryofbritishcomics.com


The books in this line are shaping up nicely and Rebellion are doing a great job. Another welcome publication, coming on 15th August, will be The Vigilant, an all-new one-shot 48 page comic written by Simon Furman with art by Simon Coleby and others. As Furman revealed on Twitter "The Leopard From Lime Street, Adam Eterno, The Steel Commando, Dr. Sin, Pete's Pocket Army and Blake Edmonds (Deathwish) team up to face Von Hoffman and Dr. Mesmer. The Rebellion-verse begins here!"

I am enjoying Ken Reid's faceache book at the moment. Are creepy creations stories or just one off drawings.I really enjoyed the leopard of lime street book and wish they would print a second volume.

Creepy Creations was a series of full page character drawings that appeared on the back page of Shiver and Shake. Readers were invited to send in their ideas and Ken would illustrate his version of them. It's some of his best grotesque work of the 1970s, better than Faceache in my opinion.

Just great to hear news for new books...Pete's pocket army..Adam E... will be on my buy list... not sure about Steel commandos..?

Those three aren't books yet, Peter. They'll be characters in The Vigilant. It's a team-up comic.