Review: The Prisoner: The Uncertainty Machine No.1 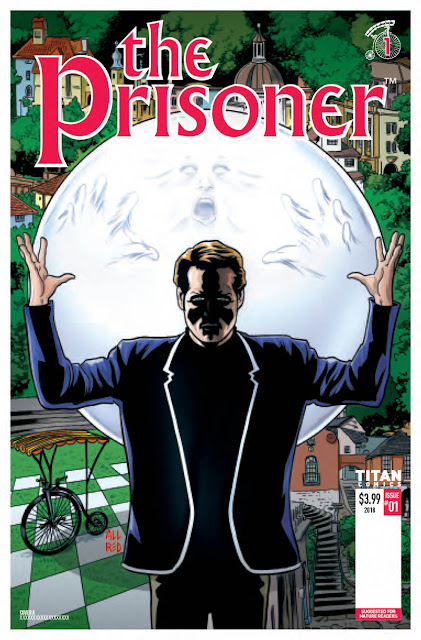 Even 50 years on, The Prisoner TV series remains one of the most remarkable and unique programmes in television history. Although only 17 episodes were produced, its combination of spy thriller, satire, and social allegory has never been equalled and is still very relevant. A powerful, screen-dominating performance by its co-creator and lead actor, Patrick McGoohan, added to its appeal. All in all, the mixture won over a legion of fans who remain fascinated by its appeal even today.

There was never a comics adaptation of The Prisoner back in the 1960s. Perhaps it was considered too esoteric, or perhaps because of its short run it wasn't considered worthwhile. Marvel Comics did intend to publish a Prisoner comic in the 1970s, but the project was abandoned before completion. (The pages will soon be published in a collection from Titan Books. See here for more information.) DC Comics published Shattered Visage, a four-issue Prisoner sequel in 1988, but the concept hasn't returned to comics... until now.

London based Titan Comics are launching The Prisoner: The Uncertainty Machine on April 25th, the first issue of an all-new monthly series. It is written by Peter Milligan (from a plot by David Leach, who is also the editor) and illustrated by Colin Lorimer (with colours by Joana Lafluente). My first impression was that I was pleased that this professional comic hasn't followed the route that so many "fan fiction" Prisoner stories have, of presenting "untold" tales of Number Six. Titan have wisely chosen to present us with a new lead character, with a setting that's firmly in the present day. An excellent move because now we have no idea what to expect. There is a hint though that it is connected to the original series. 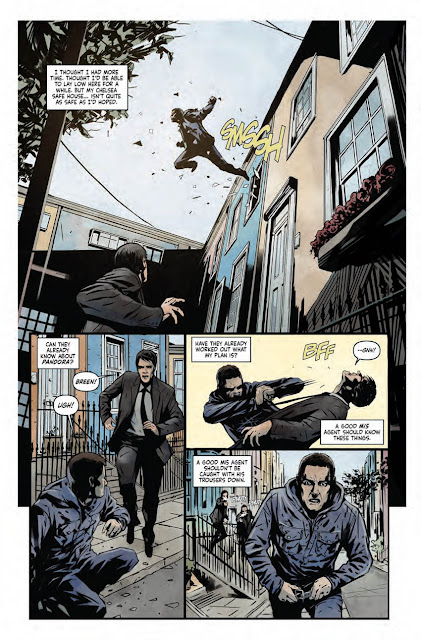 While the TV series never really clarified what Number Six's profession was, (because he was intended to be an everyman), our new hero is most definitely a spy, and we're given quite a bit of backstory on him. The TV series had a fast paced opening that got the protagonist into the Village within a few minutes. This new comic takes the whole issue to get there, but the pacing is still fast and intriguing, and sets up plot elements that will no doubt be relevant to the whole series. 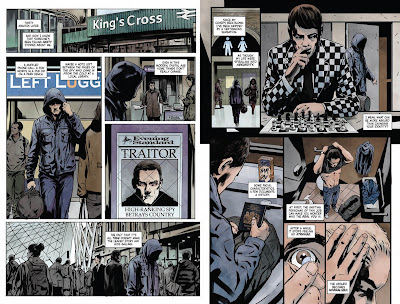 Some of the most distinctive aspects of The Prisoner TV show were its satire and humour. That's not really evident in this dramatic and intense first issue, but I hope we'll see glimpses of it in future issues once our hero explores his new surroundings.

If this first issue is anything to go by, The Prisoner: The Uncertainty Machine should appeal to fans of the series as well as to new readers unfamiliar with the franchise. Superbly written and drawn, it's a strong debut issue that has certainly hooked me, and I'm eager to see where the story takes us next. We want information...

Issue No.1 will be available from comics speciality shops on April 25th, with a range of variant covers. 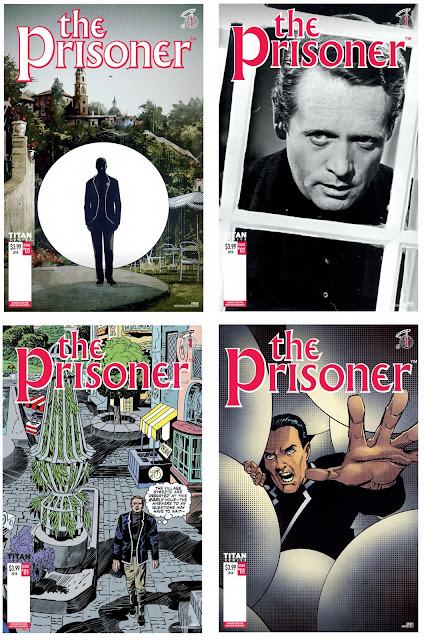 Funnily enough, I would have much preferred it if the comic had taken what you call the 'fan fiction' route of telling untold stories of Number Six. If I am buying a Prisoner comic then I want to read about Patrick McGoohan's Prisoner, not someone else's creation/character. In this regard, several of the variant covers featuring McGoohan are quite misleading, and I suspect some people are going to be very disappointed.

Well, the original Number Six appears in one panel so he might turn up again. I don't know. I found it refreshing that there's a new Prisoner because so much fan fiction has been written about the McGoohan one.

Shame this won't be released at W.H Smiths by the sounds of it as that makes it difficult for me to get hold of. I'm a big fan of the Prisoner so will take a look if I can.

It won't be in newsagents. Only comic shops, but eBay sellers will have it.