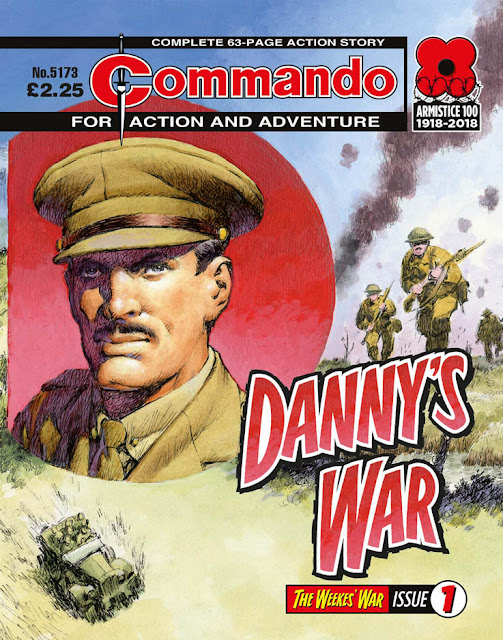 D.C. Thomson's long-running Commando comic commemorates the 100th anniversary of the end of WW1 this November with The Weekes' War, - five related issues with an all-new story in each. Here's the PR from the editor with all the info...

Commando presents ‘The Weekes’ War’, a special five-part series depicting the end of the First World War as you’ve never seen it before!

Never has a Commando series tackled the shared experiences of one family with five different interwoven narratives. In this one of a kind, one-off series, Commando brings together a collaboration of eight different artists and writers, working as one to show you the final days before the Armistice of 11 November 1918 from five different perspectives.

Follow the story of the five Weekes siblings’ survival on the front line, behind enemy lines, aboard a battleship, in the skies above the trenches, and right down in the mud. Five issues about five siblings struggling to survive the conflict. But will they all make it back home?

“We put some of our best creators on this unique project to commemorate 100 years since Armistice.

On the Commando Team, we feel it’s important to honour the men and women involved in the First World War by telling their stories.

The creators and editorial team have crafted an innovative Commando Comics experience. We hope that the readers will enjoy each self-contained story and the series as a whole.” – Gordon Tait, Commando Editor.

Not only is this brand new exciting series coming your way, for the entirety of November Commando is publishing never before reprinted World War One issues to tell a holistic story of the Great War.

The eldest of the siblings, Captain Danny Weekes is right in the thick of it, down in the trenches. Desperate to find a solution that will end this messy war once and for all, he is sent on a suicide mission behind enemy lines. His cause is just, but his methods are maverick – Danny is going to force the enemy generals to surrender – no matter what the cost. 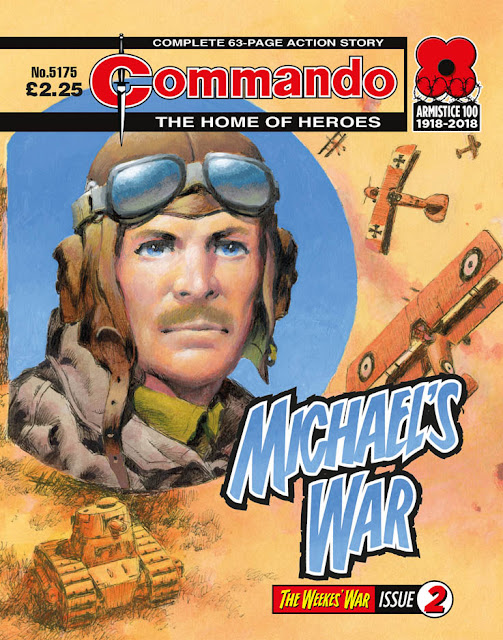 The only Weekes the take to the sky, Michael had seen his friends fly away and never return. Then, when his Armstrong Whitworth F.K.8 went down over no man’s land, he found himself out of his depth with a gang of German communist rebels. 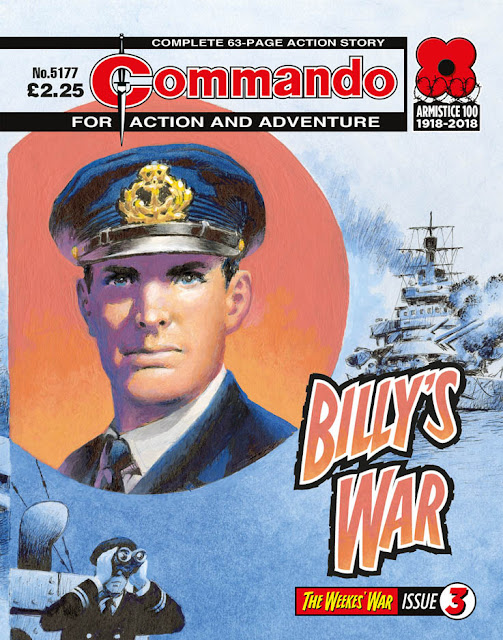 Youngest of the Weekes, Billy has a lot on his shoulders. Forever looked upon as the baby of the family, Billy felt he had more to prove than the others in order to truly get his seat at the table. When the German Navy retreated, Billy thought he’d never get his chance. That was until a U-boat ignored the return to port order – and Billy’s Royal Navy Destroyer was tasked with taking them down! 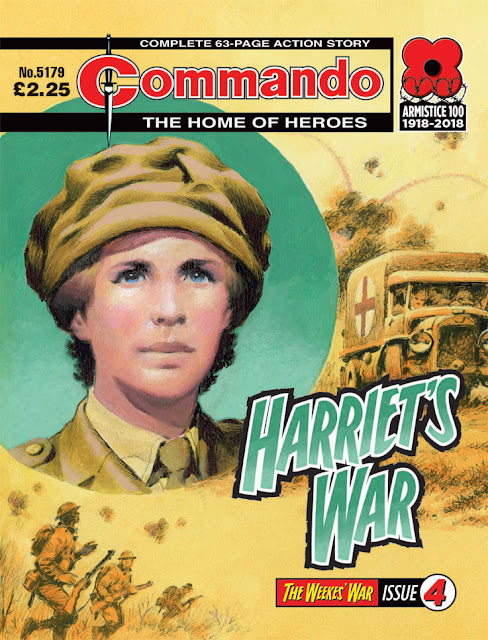 Being the only female Weekes sibling wasn’t going to hold Harriet back! As soon as her brothers signed up – she did too, immediately entering the First Aid Nursing Yeomanry to do her bit on the front lines. She took risks and drove like a bat out of hell to rescue men who needed her. Nothing and nowhere was too dangerous for a Weekes! 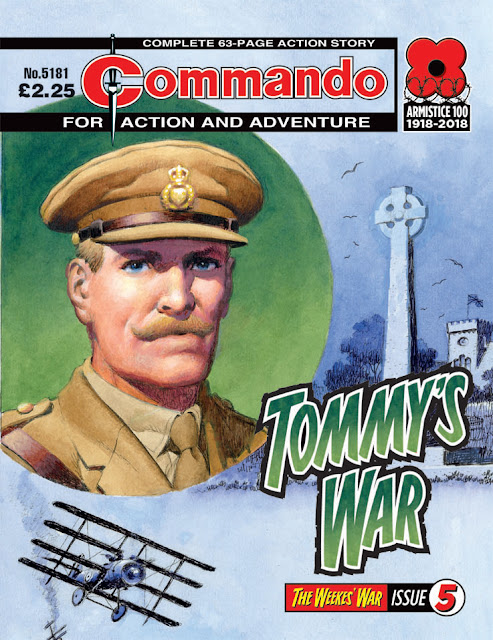 The last Weekes is missing! The Armistice had been signed and Tommy was nowhere to be seen. But the Weekes weren’t a family who left their people behind – ever! And they were going to find Tommy and bring him home.

okay.. trying not to be nickpicking here.. I really like the idea of Commando doing this like this. I think it'll work well.. But, as the covers say, it's 100 years of the armistice. The Officially ending of WW1 was with the signing of the treaty of Versailles on the 28th June, 1919. That officially ended the war. If I was being nickpicking, I would quote the French Marshall Ferdinand Foch who stated roughtly "This isn't peace. This is an Armistice for 20 years." as the relations and so called 'cold' side of the war carried on directly into WW2 (showing his prediction was only off by about 2 months).. I feel it does a lot of injustice to celebrate Armistice as the ending, to all the people that worked hard and died bringing about the official end in 1919. More then 22 million casualties and 11,000 deaths or badly wounded on the day between the announcement of armistice and the official ceasefire...

The 11th hour of the 11th day of the 11th month has been commemorated for decades though Ryan. I think you're being a little pedantic. If they'd waited until next year readers would be asking why they weren't doing anything for the centenary of Armistice Day.

maybe, but the events I've been too is normally for the celebration of the Armistice, not the end of the war.. but fair enough.. and personally, I would have done something for both ^_^ but fair enough.

The Armistice was the stopping of fighting, which was the main thing for most people.

Exactly. My grandad always recognised 11/11/18 as the end of the war and he lived through those times so that's good enough for me.