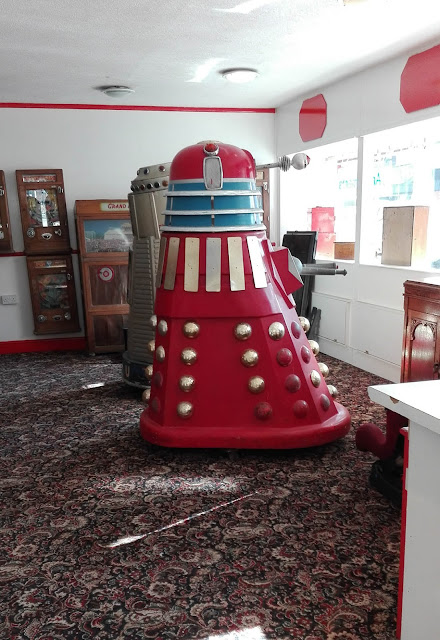 One of the attractions of Blackpool in the mid-1960s was a Dalek ride that was situated (as I recall) in an amusement arcade on the central part of the Promenade. It was a full-size red Dalek, albeit somewhat off-model, that had an opening in its left side and a little seat inside. For the price of 6d (or was it a shilling? I forget.) you could sit inside operating the Dalek's appendages as it turned from right to left on its base. I think it spoke a few Dalek phrases too.

Believe me, that was a highlight of a holiday when you're seven!

The Dalek was removed decades ago, replaced by flashier attractions, but on a recent trip to Blackpool I spotted it again! I don't know if this is the actual one that was in the resort 50 years ago, as there were others at other seaside resorts, but the model design is the same. Presumably a collector has cleaned it up and possibly given it a lick of paint. It's not functional any more but it makes an impressive display.

It's part of a display of vintage amusements at The Ice Cream Shop / amusement arcade in Blackpool's Waterloo Road. The display was roped off, so I couldn't venture closer, and there was no staff member available to ask about it, so I just had time to take the photos you see here. The Dalek can be seen through the window, but not very well, so I've highlighted it a little here. You can just about see the opening in the left hand side of the Dalek and the little seat inside... 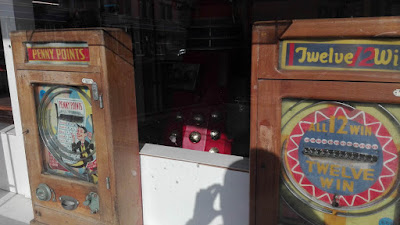 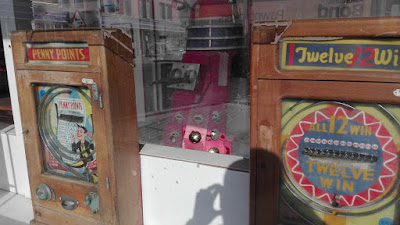 It was very pleasing to see that vintage Dalek again after so many decades, along with the other classic amusements on display. Happy days! 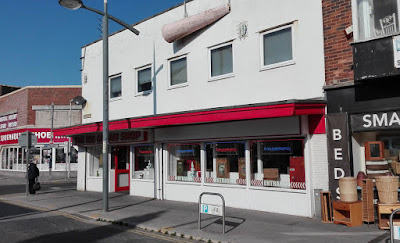 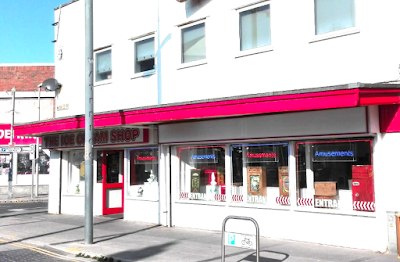 Email ThisBlogThis!Share to TwitterShare to FacebookShare to Pinterest
Labels: Daleks

Keep an ear out for mysterious disappearances - for instance, if Blackpool disappears.

They said we wouldn't see any Daleks this year, so this is one the Doctor doesn't know about!

I remember making use of the dalek in question in the early to mid 1970s. There was also another one, in the Pleasure Beach, in an indoor arcade somewhere near where the giant figure of Gulliver stood. Needless to say, I also made use of that one as well.

I've since heard that it was still in Blackpool in the 1980s, Steve, so they had a long run. It must have been off my radar as soon as I was too big to go on it.

Had one of these on Southsea sea front too.... South Parade Pier amusement arcade.

There used to be a Dalek in Cleveleys-outside the amusement arcade across the road from the prom.

Good to know the Dalek Invasion of Seaside Resorts was so widespread!

I have fairly distinct recollection of seeing a Dalek there in 1971, although I am unsure of its colour.