New Doctor Who special out now 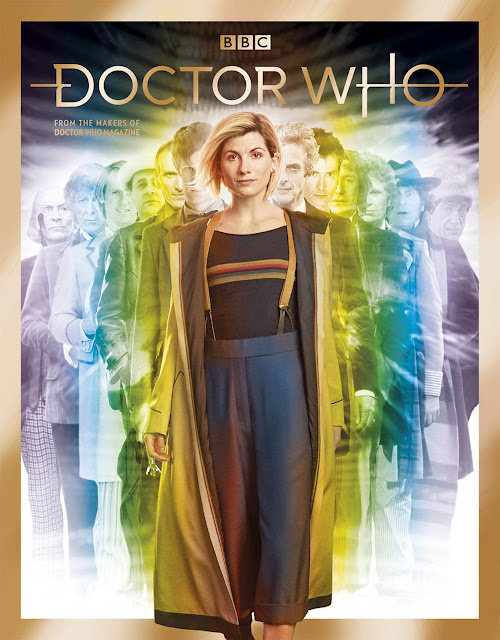 Jodie Whittaker IS The Doctor. Deal with it! And many of us are open-minded enough to accept that a shape-shifting alien can shift another few chromosomes to turn into a woman. The long-awaited new series of Doctor Who starts on BBC One this Sunday at 6.45pm and will no doubt attract a lot of new viewers, as well as seasoned fans.

Panini UK have just published the ideal magazine for new viewers who want to find out more about the Doctor's history. The Story of Doctor Who is a 116 page bookazine for £9.99 that should be available now from branches of WH Smith (sadly, not in mine yet) and all good newsagents. There's the cover above. Look out for it!

Email ThisBlogThis!Share to TwitterShare to FacebookShare to Pinterest
Labels: Doctor Who

Cannot resist: Interesting that there is no War Doctor on the cover.

The TV series has shown Time Lords changing genders and ethnicities during regenerations, most recently in "Hell Bent", so why not?

I understand that John Hurt's War Doctor is inside, Sid. As his appearance was basically one episode (not including audio adventures) they chose to leave him off the cover. (And the image balances better with 13 Doctors.)

"That's not the War Doctor, that's the Whooaarr! Doctor."
You're welcome.