New Adventures for the Doctor 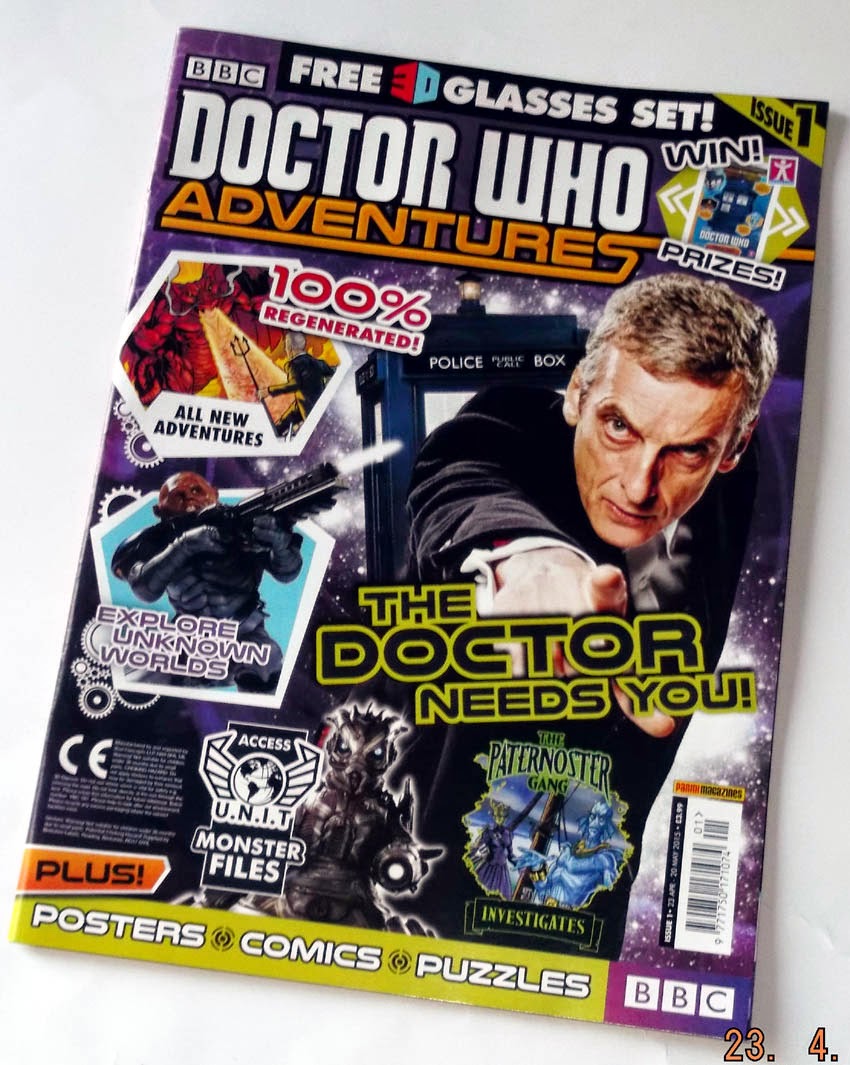 As reported here a few weeks ago, Panini UK now have the licence to publish Doctor Who Adventures, a magazine previously published by Immediate Media Ltd. Panini's new version launched today with a new first issue.

Doctor Who Adventures is pitched at a younger target reader than Panini's long-running Doctor Who Magazine. The contents of DWA had previously been very lightweight, mostly featuring puzzle pages and pin-ups, and, frankly, quite a breezy read. Panini's revamp, edited by Jason Quinn, retains a few puzzle pages and pin-ups but offers the readers better value for money with more story pages and interesting features. 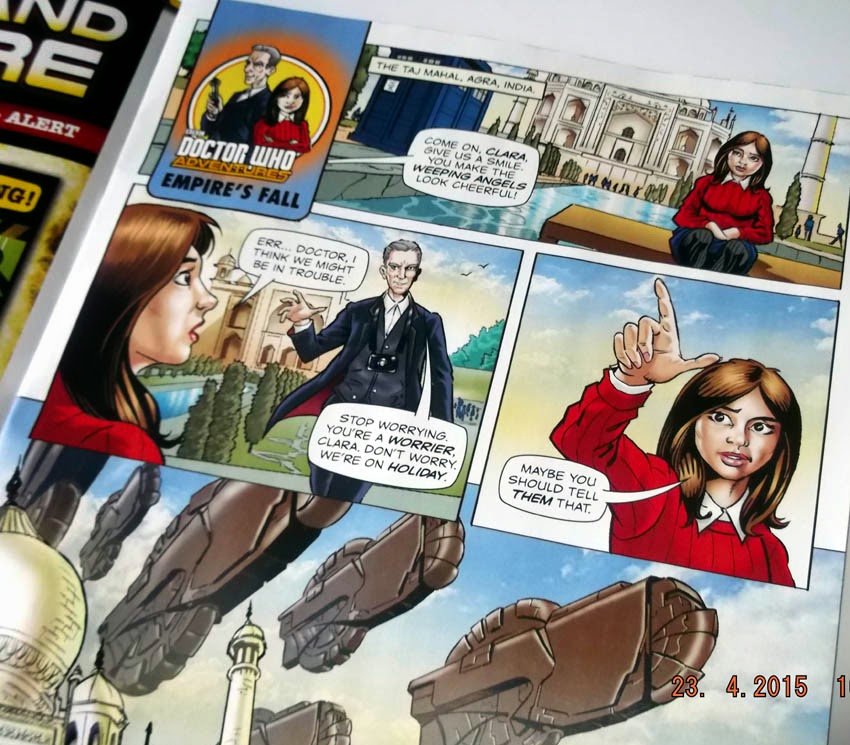 Previously, DWA had just featured a 4 page Doctor Who strip. The revamp increases it to a 9 page strip plus a three page text story. For a kids magazine to include 12 pages of fiction these days is quite impressive. The articles also offer a bit more to read than before, and there's a good science feature on how to make a battery out of lemons and coins. Don't get me wrong; DWA is still not as sophisticated as Countdown was, but it's a welcome step in the right direction away from magazines that dumb down (or 'young up' as one editor called it). 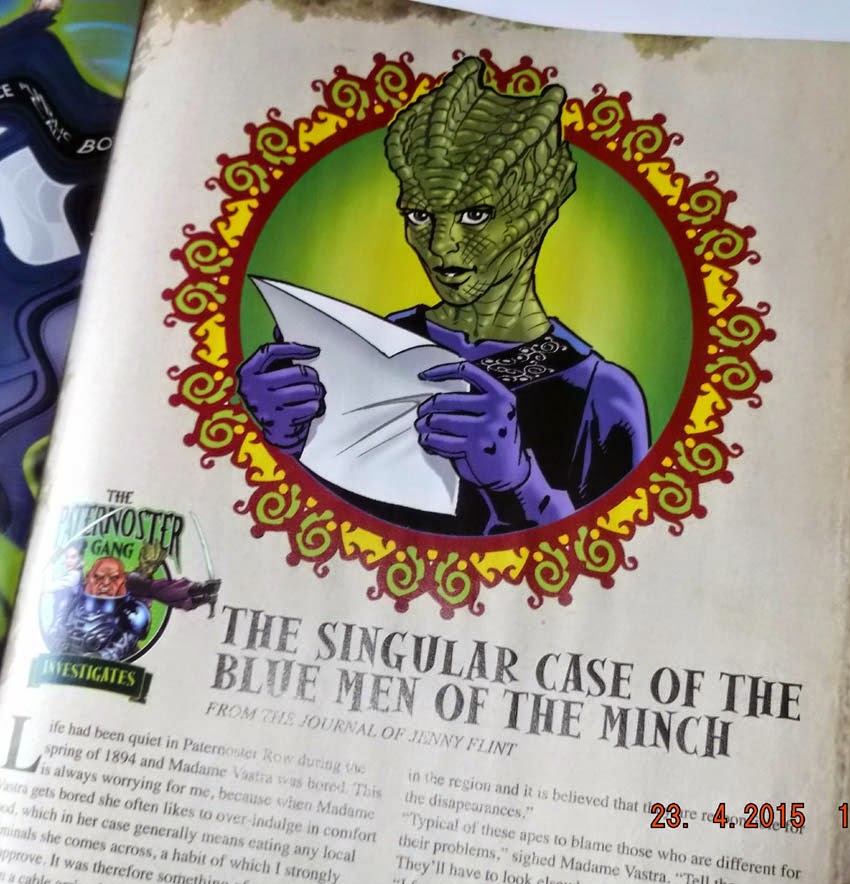 A few days ago, John Freeman's Down the Tubes website featured an interview with DWA editor/writer Jason Quinn and you can read that here:
http://downthetubes.net/?p=21447

Also from Panini UK today, The Incredible Hulks No.14 is a good 'jumping on point' with the start of a new Hulk saga and the return of the She-Hulk in a new series. 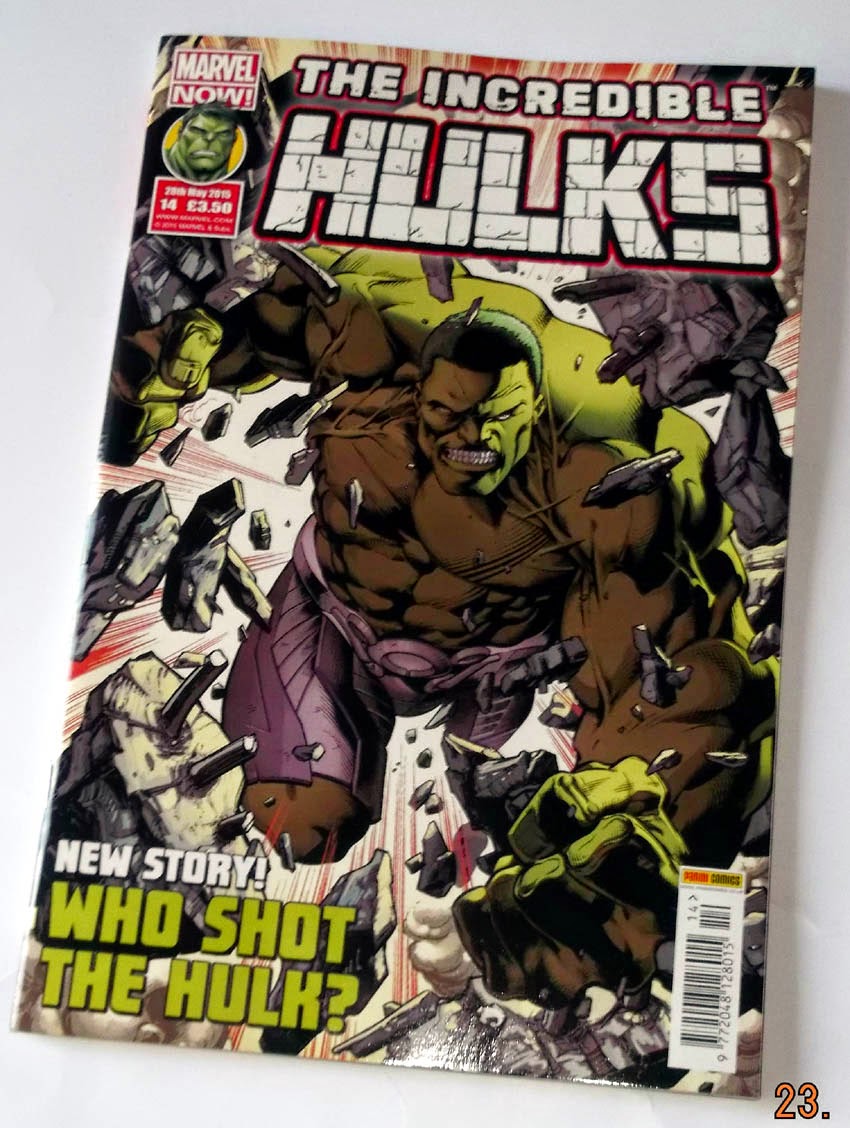 And what may interest long-time readers is that the back up strip is a reprint of X-Men No.66 from 1970. The story will be serialized across three issues in seven page episodes, just like Fantastic used to do back in 1968. Good to see some classic material again. 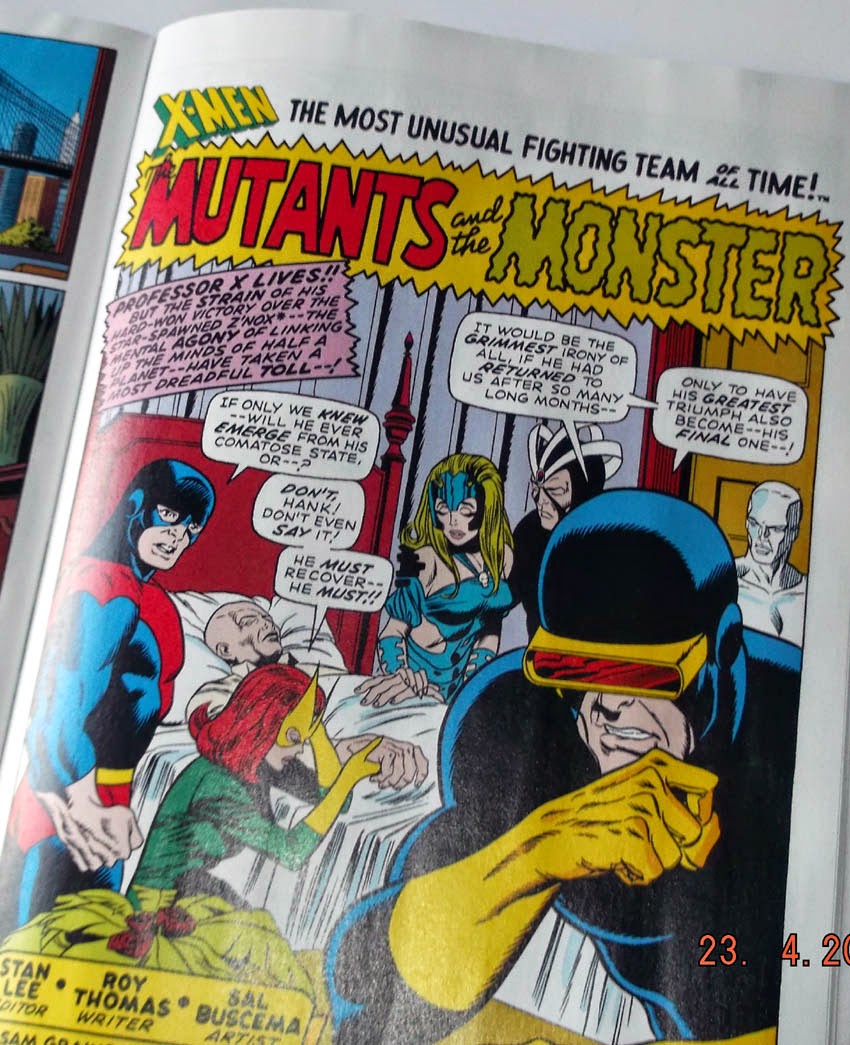 (Yes, it's not a typo. The comic is indeed using the plural Hulks, - because it features more than one Hulk. Yeah, irritating I know, as it's the character's name. It's as daft as if they had a comic called Thors. Well, I'm afraid Marvel in America are doing just that with Thors No.1 out soon! With more than one Cap around now can Captain Americas be far behind?)
Posted by Lew Stringer at 21:41

Email ThisBlogThis!Share to TwitterShare to FacebookShare to Pinterest
Labels: Doctor Who Adventures, Hulk

You've sold me on the Hulks with that back-up strip! Some nice items for us oldies out this Spring!

When they've completed running that issue of X-Men 66 they're reprinting the recent sequel to it by Alan Davis.

Oh that looks great Lew I'll be picking it up for the Sal Buscema reprint in the morning (although some of the new Hulk stories are quite good also) I hope they reprint a few other classics again - Hope your feeling better after your recent illness.

My 2 boys, now 9 and 6 thought it a marked improvement on its staid predecessor.

Even the 'plastic tat' was liked!

Although my older boy much prefers the IDW efforts, along with the 12 pager in DWM..... he is a Phoenix pioneer right enough but maybe publishers should take note???

It sounds like your older boy would like Titan's Doctor Who Comic. Has he tried that? It's sold in Smiths.

Good to hear that the younger ones approve of the new DWM. I think Panini have made the right decision. I've never understood the reasoning that if a comic is aimed at 5 to 10 year olds that it should preference the 5 year olds. That only makes anyone over 5 think it's 'babyish'. Better to pitch it at the older end and let the younger ones catch up. Panini's version seems to have the right balance.

Paul, better than I was, thanks, but still not right.

Yes Lew, sorry, I meant the new Titan DW, I started ordering the US size copies so it would be hard (although much cheaper) to wait a few months for the UK A4 to catch up. I may still subscribe purely for the t-shirt!

All I can say is that DW fans are in for a treat, our favourite just now are the Eleventh Doctor stories, it's a really good "arc" *wink, wink*.

Excellent scripting and art from some familiar 2000ad droids as well.

I did get some cheap digital IDW stuff from a "Humble Bundle" last year, just not got round to reading them yet.

Asda sell Doctor Who Comic as well, I bought issue 3 from there yesterday.

Glad to see you back, Lew.I hope you are feeling a little better.I can't say that i have kept up with all things Marvel since the 1960's and early 1970's, so I'm sure that i'd be very confused now what with multiple Hulks and Thors. My heart is still in the Kirby /Ditko era.

Same here. I buy them regularly to keep up with developments but rarely keep them. 1973 to 75 is about my cut off point for keeping Marvel comics, with a few exceptions.

As for DC, the ones I've kept barely fill a comics longbox.

This Hulk issue sees the start of an enjoyable 12 part story though, but I think it's going to be interrupted in a few months so they can reprint some stories that tie in with the Original Sin crossover.