Cover preview: DOCTOR WHO MAGAZINE No.519 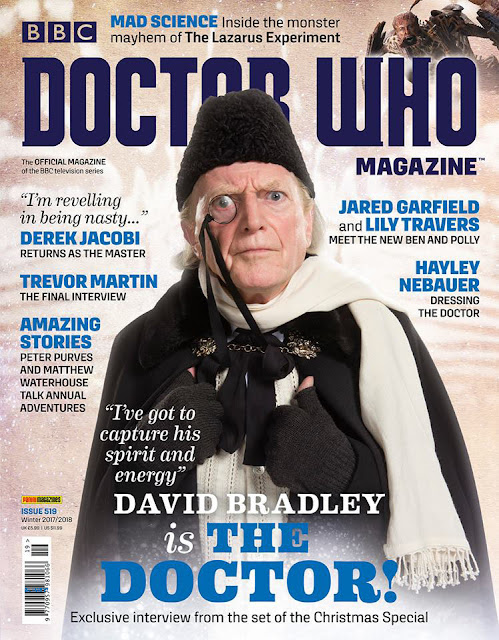 There's a new issue of Doctor Who Magazine out this Thursday, and Panini UK have just released the cover image, showing David Bradley as the first Doctor. (If you didn't already know, Bradley plays the part of the first Doctor in the upcoming Christmas special, which also stars Peter Capaldi bowing out as the 12th Doctor, and the debut of Jodie Whittaker as the 13th Doctor.)

There's a nice wintery look to the cover, but this isn't the Christmas issue yet. That one will be out in December. This issue will contain the usual well-informed mixture of news, exclusive interviews, reviews, previews and articles, and there's another Daft Dimension strip from me, which this time features the Time Lords... 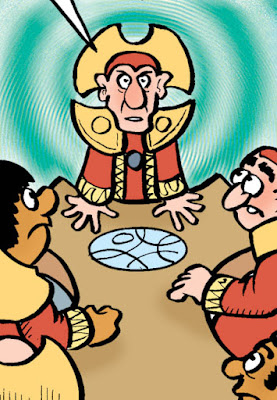 Not bought this yet - getting it over the weekend - but I've seen posts on Gallifrey Base moaning that they reduced the number of pages in the main comics strip. :(

Yes, I heard they're working with a reduced budget unfortunately. Main strip has gone from 12 to 8 pages. No fault of the editors and staff.