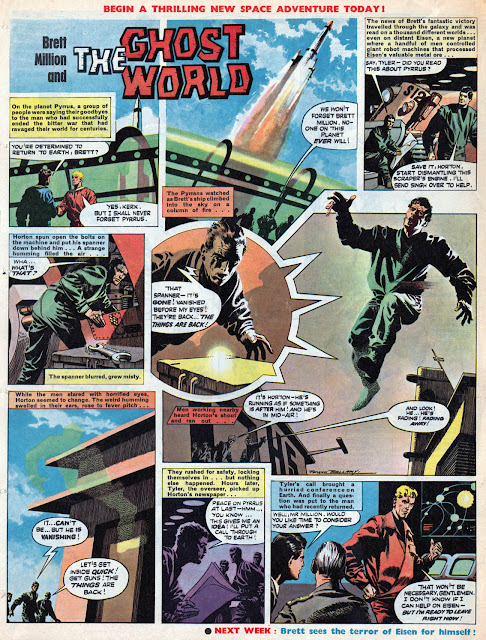 I recently bought a near-complete run of Odhams' Boys' World, which was a fine comic/magazine that deserved to run longer than the 89 issues it managed over 1963 to 1964. Some of Britain's top comics creators worked on the title, including Frank Bellamy. 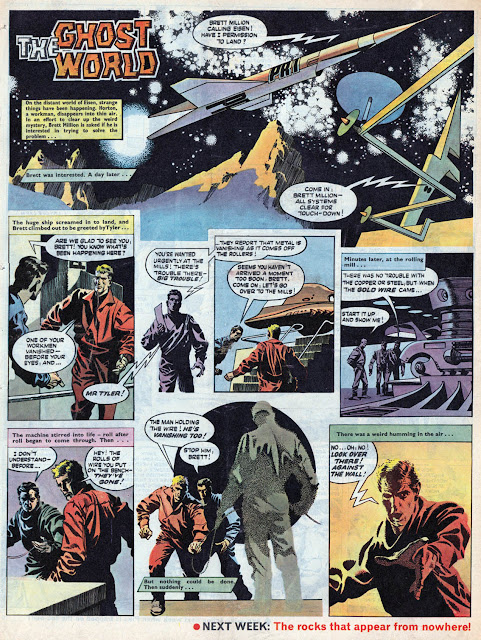 I know some of you are big fans of Bellamy so today I thought I'd show the first three episodes of Ghost World, a strip that ran on the back page of Boys' World from Vol.1 No.46 (7th December 1963) to Vol.2 No.17 (25th April 1964). Ghost World was a sequel to The Angry Planet that had run in the comic previously by another artist. (I'll show some of those at a later date.) 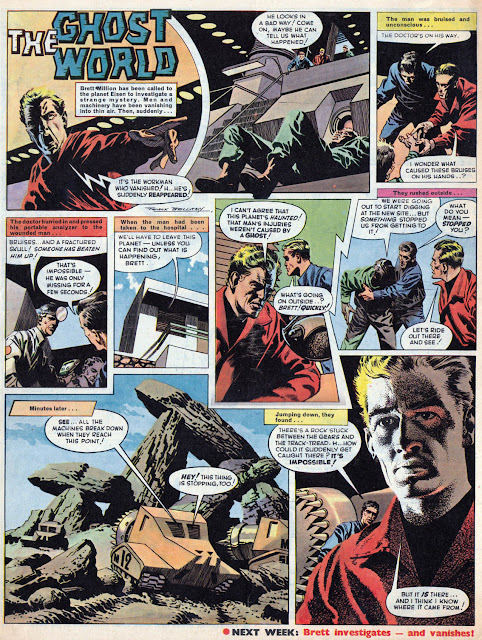 It must be said that from Mickey Mouse Weekly and Modern Wonder in the 1930s to Boys' World, Wham!, Smash!, etc in the 1960s, Odhams produced some great comics/magazines. Admittedly they turned the original Eagle into a shadow of its former self, but even then it still featured some top artists. I'll show some more strips from Boys' World in the future.

Actually Lew I thought Odhams/Longacre made some pretty impressive improvements to Eagle when they originally took it over in 1960 - particularly by introducing the double-page centrespreads like Heros the Spartan and Montgomery of Alamein. As with Wham! etc. I think the real decline came a bit later as a result of growing interference by executives from Fleetway/IPC. It really was a shame how so many major British publishers with their own unique approaches became gradually rolled up into one big company during the course of the 1960s.

Yes, good points, Phil. I have some of those early sixties Eagles and they're pretty good. Not so much by the late sixties, but, as you said, that was due to other factors.

Be good to see some Wrath of the Gods if you're going to show some more Lew.

I'll get around to it at some point.