Dracula of the newsagents 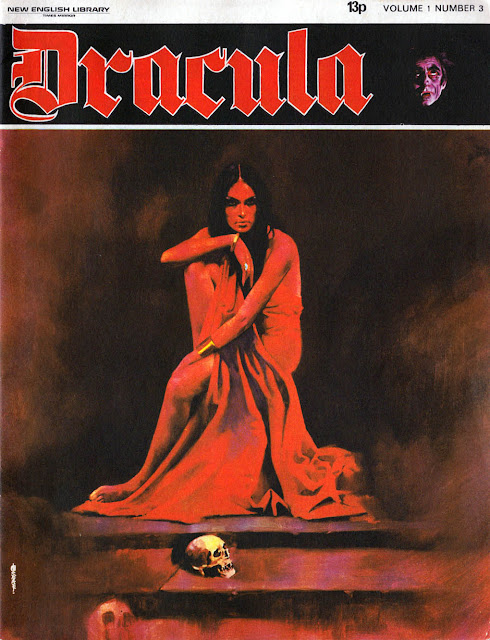 In 1972 the publishers New English Library, who brought us Target magazine the same year, launched Dracula comic in UK newsagents. With just 24 pages for 13p it was considerably more expensive than other comics. (Most IPC comics were 3p for 32 pages back then, whilst Mighty World of Marvel was 40 pages for 5p.)

However, this was no ordinary comic. Its contents featured Spanish strips translated into English, it was full colour throughout (at a time when most British comics were mainly black and white) and was printed on quality paper stock. Dracula was closer in format to the partwork magazines that were increasing in number around that time, and, like a partwork, page numbers continued from issue to issue. (eg: No.3 featured pages 41 to 60.) The comic was printed in Spain, so I'm guessing there may have been a Spanish edition over there. 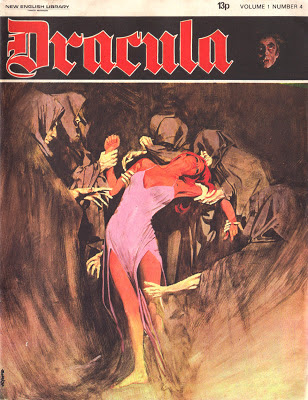 It should be mentioned that Dracula... didn't feature Dracula. I suppose the name was considered familiar enough to convey horror, so was appropriate for a horror comic. The contents featured an anthology of short stories. The lead strip was Wolff, a barbarian warrior type pitted against sorcery and illustrated by Estaban Maroto... 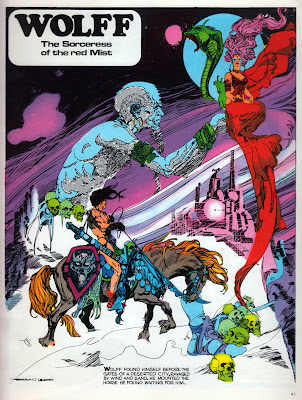 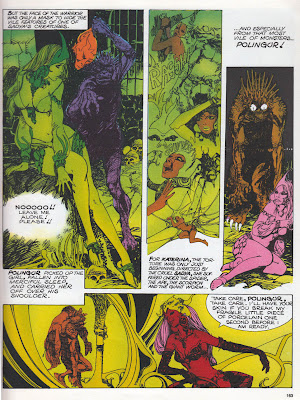 Sir Leo, a Victorian investigator of the strange and unknown was a regular in later issues. Drawn by Jose Bea, the artwork was striking and eerie. A great artist for horror, he also draw one-off strips for the comic. Here's a selection of his pages... 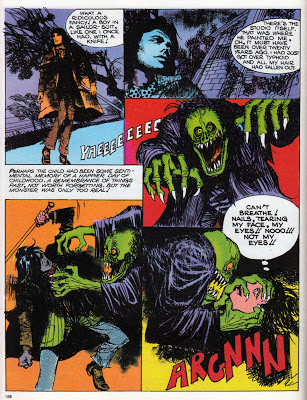 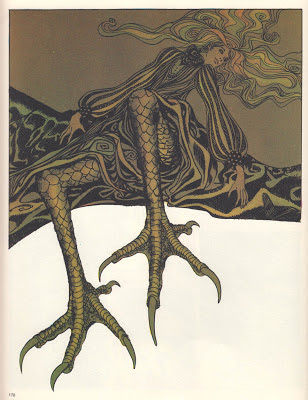 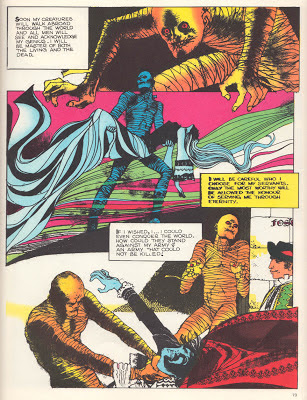 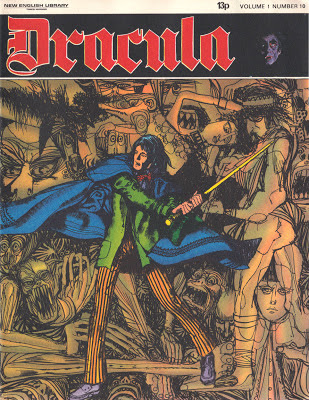 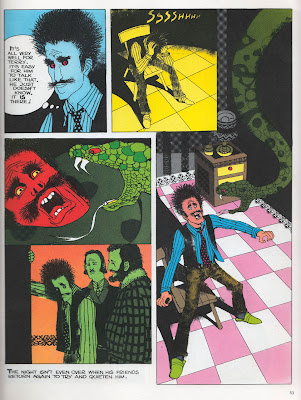 Agar-Agar had a more science fiction feel, and a definite psychedelic aspect to the artwork by Alberto Solsona... 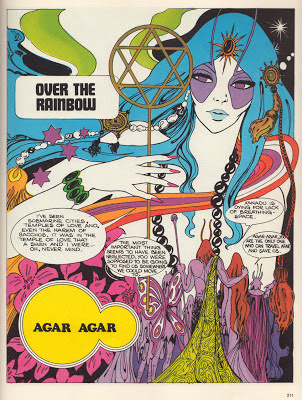 The comic always concluded with a complete horror story illustrated by Enric Sio... 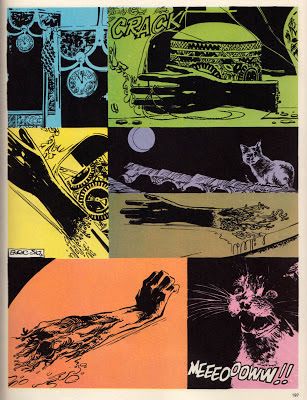 I was 13 when Dracula was launched and simply too young to appreciate the sophistication of the stories and artwork at the time. After the first issue I rejected it in favour of Marvel comics and Lion, but now I respect the comic far more. To those of us used to traditional comics, the colour scheme of the strips in Dracula may seem garish but they're actually very effective. This was definitely a product of its time although perhaps it never found its audience as it only ran for 12 issues.

One has to give New English Library credit for trying though. Dracula was a beautifully produced horror/fantasy comic with stunning artwork and copies are well worth seeking out on eBay. I understand NEL also published a bound collection of all 12 issues. 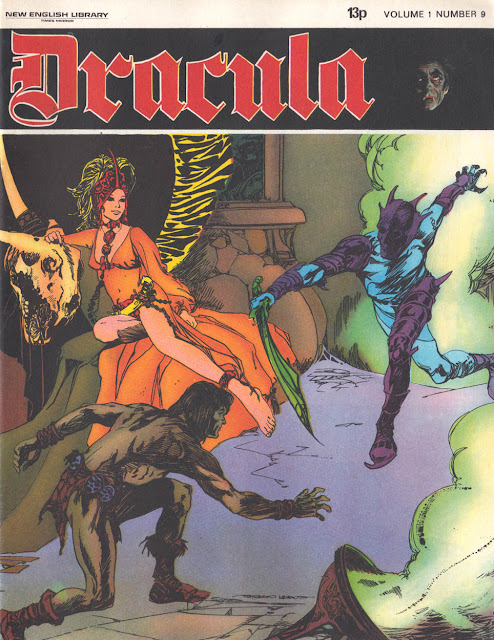 NEL rebound your copies if you had a complete set, like most partworks publishers did.

There was a trade paperback from America's Warren Publishing (Creepy/Eerie/Vampirella, etc) reprinting the first six issues.
A planned second volume never appeared, so the US audience never saw the remaining material, unless they managed to get imported copies from England.
Warren had also started doing color inserts in their b/w mags and used Dracula stories for some of them, but abandoned the concept within six months.

Thanks for the info. I'd heard that Warren reprinted some of the strips.

If we consider Dracula a partwork it's actually quite cheap for the period, but I guess most of us saw it as a very expensive comic.

Nice blogs you have by the way!

At the time I was hugely impressed (if sometimes a bit baffled) by Dracula - particularly the work of Bea and Sio. Frustratingly the Spanish edition continued to be published long after the British version came to an end. You should be able to see the covers here:

You're spot on as regards the hardbound compilation. I bought it myself at the time from an Aberdeen branch of John Menzies (which is still there, albeit rebranded as WH Smith, for the princely sum of 99p. i still have it, somewhere.

eee I wouldn't mind tracking down this magazine or the hardcover, I'm a big fan of Maroto and the other spanish illustrators of that era.

You might (or might not) be interested to know that Spanish publisher Glenat seems to be reprinting many of Maroto's early works. In the last few months I've gotten 3 large hardcover books of his work including one called Espadas y Brujas aka Swords & Witches. This book includes the story Wolff that you mentioned in your article plus some other fantasy and barbarian stories. The art is presented in black and white rather than colour but this just shows how amazing his lines and use of space is.

I've just been researching a little bit (Frank Bellamy liked Maroto and Enric Sio in the 'Dracula' comic) and found that there is a copy of the Warren book for all to read in the Internet Archive.

I swapped some comics for the hardcover edition with a mate in the 70s. And swapped that for summat else later (as the Dracula book gave me the creeps). After a 40 year search trying to track down another copy, within the same week, I found hardback (called the Dracula Annual) on ebay - and the complete set of paper editions (including number 1 with a poster) in Comicana on Shaftesbury Avenue...

Great find! Well done. I only have the few ones shown here but I remember that hardback collection.

I remember finding that hardcover copy on some thrift or charity store.

I haven't gotten around to really 'read' it yet, but it's fascinating with a book where you could nearly open up some pages at random, and find some spread that would work as a psychedelic poster.

Very true! Good point. A pity they didn't release some as posters.