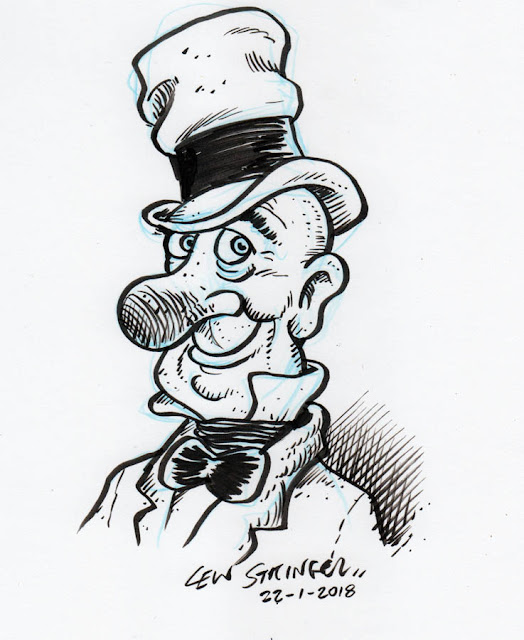 It's the anniversary of Ally Sloper, Britain first ongoing comics character, who made his debut this week in 1867. Thanks to John Freeman for discovering the following website that's full of Sloperness and has a scan of that very first story...

Earlier this year I had a go at drawing the esteemed Mr.Sloper myself, which you can see at the top of this post.

Circa 1979, Denis Gifford was about to launch his Association of Comics Enthusiasts, after the 4-issue demise of his Ally Sloper magazine. Helping DG on a clerical basis, I also submitted some stuff to Alan Clark's excellent 'Golden Fun' zine, and was surprised when Den referred to this as a 'rival'. At that time, Alan said he didn't 'know anyone who liked [the character] Ally Sloper :)

Denis had some odd ways, to put it mildly.