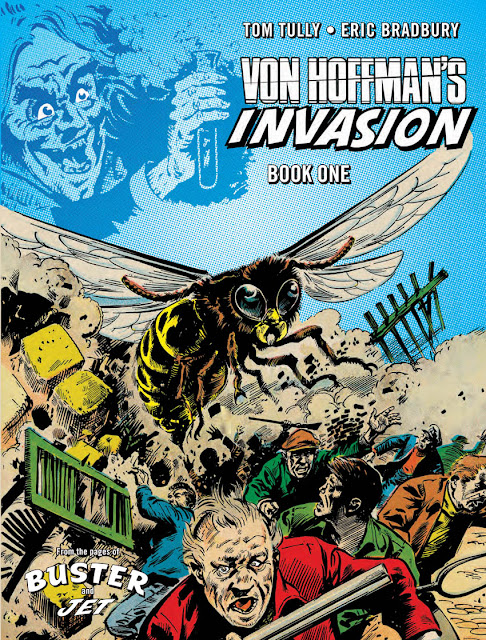 In comics of the past, scientists were either kindly old gentlemen or stark raving madmen. Von Hoffman is most definitely the latter, and a Nazi too, so that makes him especially evil. Von Hoffman's Invasion Book One is the latest tome collected by Rebellion, and reprints all of the strip from Jet comic (and the earliest ones when it moved over to Buster).

Jet wasn't a great comic, and was pretty much one of IPC's failures as it only lasted for 22 weeks, but Von Hoffman's Invasion was the comic's highlight. Written by Tom Tully and illustrated by Eric Bradbury, it tells the story of a barmy inventor who creates a way to enlarge animals, birds, insects, and even sea life to do his bidding. His bidding tends to involve destruction and terror. (Told you he was evil.)

The script has the usual slick professionalism we came to expect of Tom Tully; straightforward plots, dialogue that sticks to the point (none of the meandering banter seen in many modern comics), and gripping cliffhangers to each episode. Eric Bradbury's art has a dark, claustrophobic energy to it that's perfect for this kind of monster-horror story. Both creators were amongst Fleetway's finest and it's easy to see why.

The book is fairly basic. No background info or bonus sketches etc. It lets the story speak for itself. There is a bonus in the form of an episode of Black Max at the back, to promote the forthcoming Black Max collection, so that's a nice addition.

Von Hoffman's Invasion is published on August 23rd as another in Rebellion's growing line of The Treasury of British Comics series. Treat yourselves to this mad romp! Available to pre-order now from the publisher:
https://shop.2000ad.com/catalogue/RCA-B0028 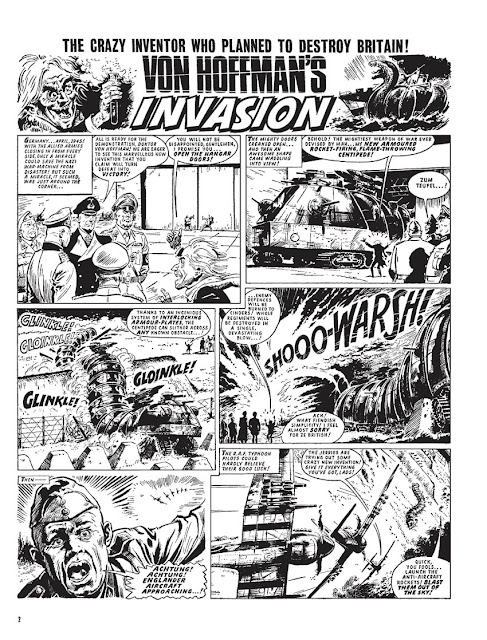 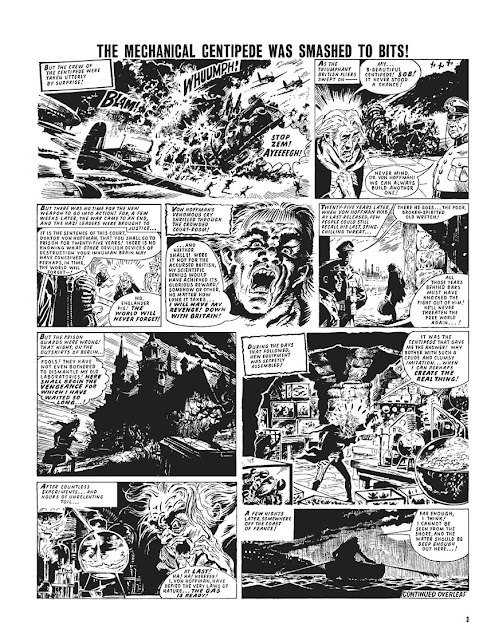 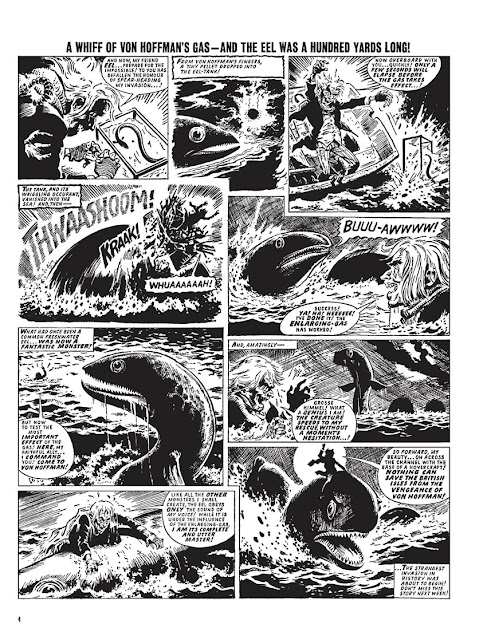 After spending twenty-five years in prison following World War II the evil Nazi genius, Dr Von Hoffman, has sworn revenge against Britain. Having perfected a gas that allows him to enlarge and control all manner of creatures, Von Hoffman has embarked on his one-man invasion. Now every church fete, army camp and national monument is in dire threat! The only thing that stands in his way are the plucky young brothers Barry and Joey Drake…

Available in print from: book stores, Amazon, and comic book stores via Diamond 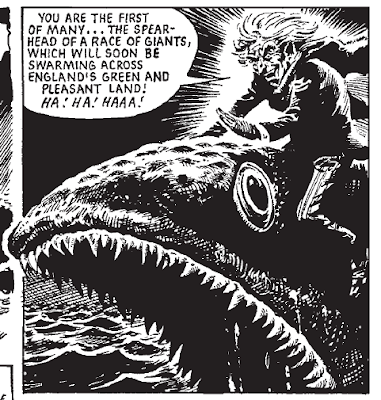 I've mostly* come to terms with the paucity of Rebellion's humour output by anyone not called Ken Reid, but - if there are pages going spare in the back of the book - would it have killed them to have scanned a couple of humour strips from the same comics they were already scanning and bunged 'em in?

Would throw humour fans a bone and potentially serve as a gauge for interest in such content.

*Clearly, this is a lie.

I think that's a very good idea, Kal. It would have been nice to have seen a couple of pages of Leo Baxendale's Clever Dick from Buster into the back there.

That would be brill. I'd go for a Badtime Bedtime Book, purely because they're almost universally beloved.

In this case specifically, given that they've gone through every issue of Jet to scan Von Hoffman and Faceache, they could have also done a Bertie Bumpkin and The Kids of Stalag 41 while they were at it. Three pages of funnies in the back of the book. Missed opportunity, IMO.

Is there that much interest in Bertie Bumpkin or the Stalag kids? I couldn't stand them personally back when I was 12, but maybe there is....

Ha! Doubt it, somehow. The suggestion was more about ease than desirability.

Still, the basic idea is sound.