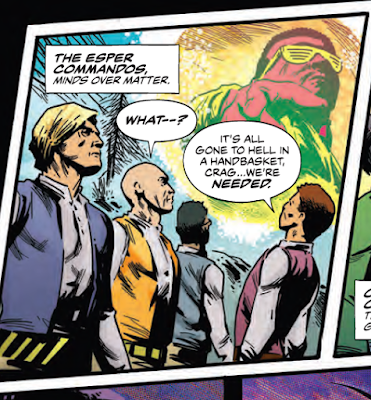 Rebellion's The Vigilant comic brings back many old characters from the 1970s but the most obscure revival must be The Esper Commandos who make a brief cameo appearance halfway through the story. (See above.)

The Esper Commandos have only ever appeared once before, in Pow! Annual 1971, published in Autumn 1970. This 9 page story drawn by Enric Badia Romero introduced us to a team with super powers. The strip appeared alongside several other British superhero stories in the annual, - but none were ever seen again. 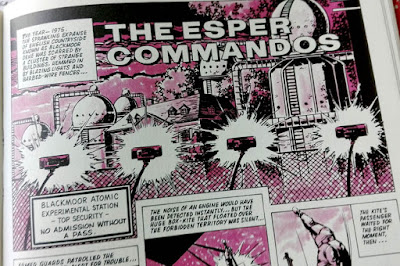 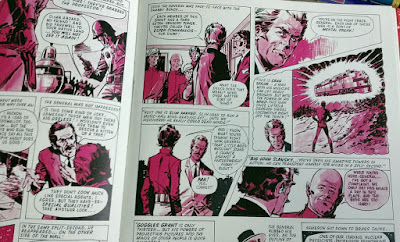 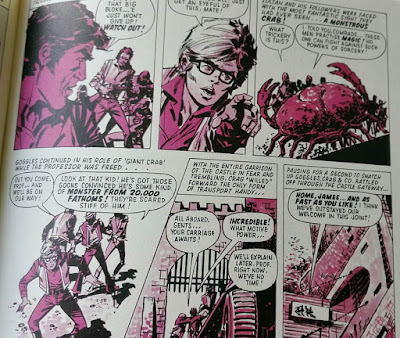 Rebellion don't own anything from the weekly Pow! comic which ended in 1968, but as the characters in this annual first appeared after January 1970 it appears that they do own the strips from that book. A very interesting development! Does this mean we could soon see the return of Magno, Marksman, and even Norstad, Ruler of the Deep? (It would also be nice to see a reprint of this entire annual for those who don't have it, although I'm guessing it'd have to be renamed as the Pow! title isn't Rebellion's.) 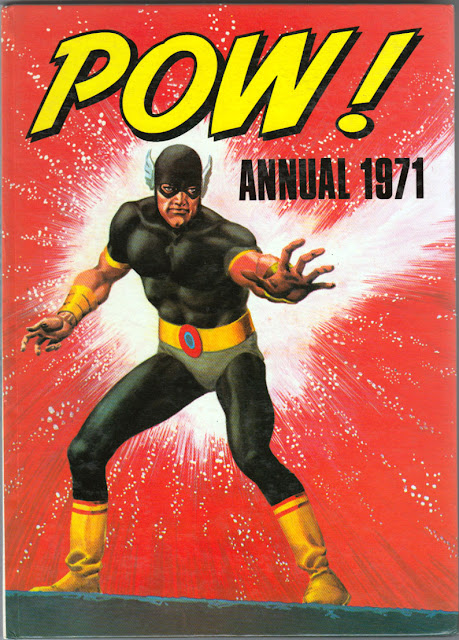 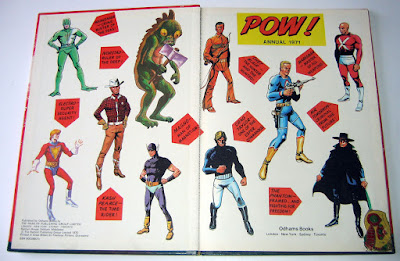 Check out The Vigilant No.1, on sale in newsagents and comic shops right now!

Have just managed to grab a copy of POW!. It may not be a perfect copy, but it's for reading.

Looking forward to reading it, oddly it doesn't ring any bells with me...

It all looks like someone was reading too many Marvel strips, including the guy in the X-Men suit with Captain America hat on the cover; who would that be? Though the X-Men didn't have a teleporter like the Espers until 1975, I think (Nightcrawler). But they had met the villainous Vanisher, rather unbelievably named Telford Porter. They also met The Mimic, a mutant with the surprisingly common power of having the same powers as somebody else, as his actual power. Maybe that's him and he's the publisher.

The Champions and Joe 90 also might want to have a word.

And I don't remember if there actually are secret science installations in places like Dartmoor - obviously "Blackmoor" is like Dartmoor - in all the comics, or if Captain Britain's origin experience on "Darkmoor" can be linked back to "Pow!"