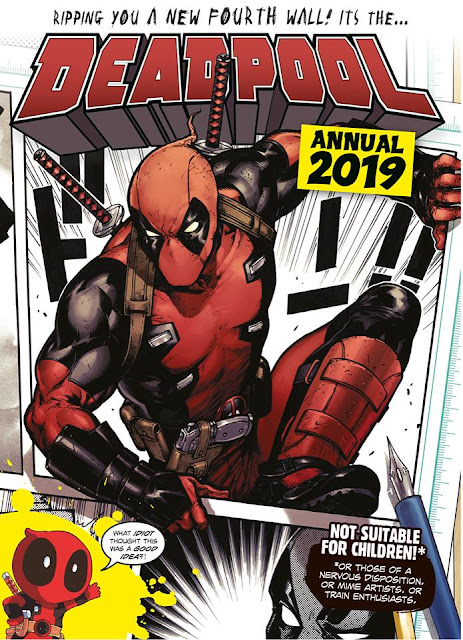 Here are the covers to the Marvel annuals from Panini UK this year. As you can see, there's a Deadpool Annual this time, - and it's aimed at adults. That book has 96 pages, whilst the Marvel Heroes and Spider-Man annuals each have 64 pages. All are hardbacks.

They should be in stores next week, but you can pre-order them from online sellers right now. 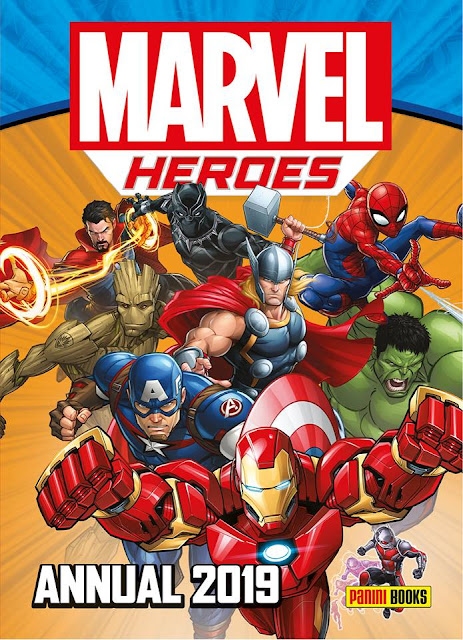 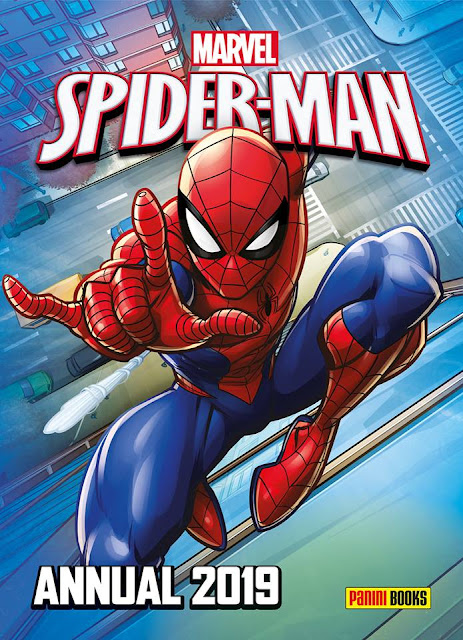 Number of women on the Marvel Heroes cover: zero. Just no. (Also, those are some skinny annuals.)

It would have been good if the Black Widow had been featured but I guess they have to go with what Disney supply these days.

64 pages was the normal size of annuals for Marvel etc., Craig, it was only the humour ones which had more pages.

Black Widow was dead this year but she got better. This probably isn't in the junior comics. Technically it isn't in the British comics - yet.

The Invisible Woman is dead-ish as well - she and Reed Richards didn't come back from "Secret Wars". They didn't exactly die though.

And Hulk's also dead, Iron Man is not at all well, Thor gave up the hammer and also the name Thor. All of them are now back in the American comics so it doesn't really matter.

None of that is part of the continuity of these Marvel Heroes and Spider-Man annuals, which are based on the movie and cartoon continuities.

Reed and Sue were never killed off. Ben just thought they were dead.

I'm saying how do we know The Invisible Woman isn't on the cover? Think about it.