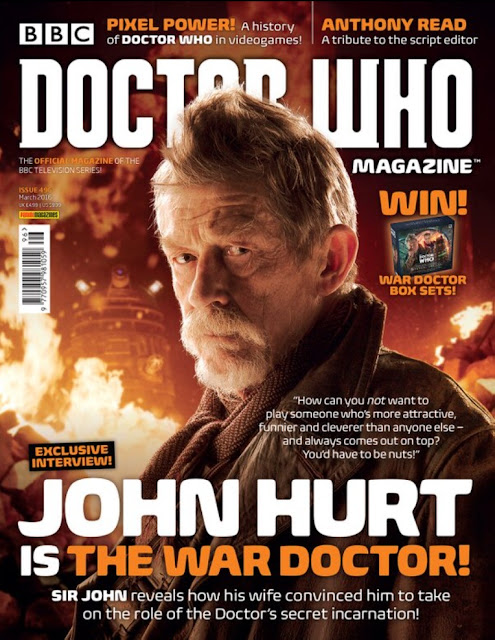 Here's an advance preview of the cover to next week's issue of Doctor Who Magazine. Contents include an interview with Sir John Hurt on his role as the Doctor who fought the Time War. There'll also be a new 12 page Doctor Who strip, features, reviews, news, and another Daft Dimension strip by me. 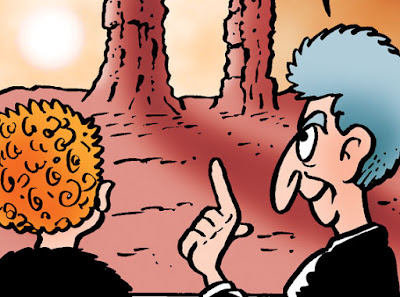 By the way, if you're understandably mortified that there won't be a new episode of Doctor Who on TV until Christmas Day, remember that the magazines and comics continue every month, as do the Doctor Who novels, and the brand new audio adventures such as the ongoing War Doctor series of full cast dramas from Big Finish! There's still plenty out there for your Doctor Who fix throughout 2016!
https://www.bigfinish.com/releases/v/the-war-doctor-volume-01-only-the-monstrous-1380 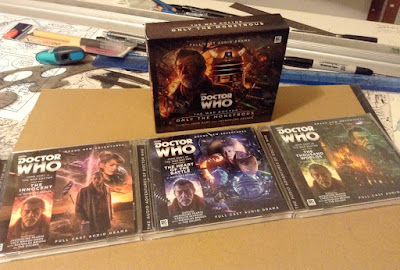 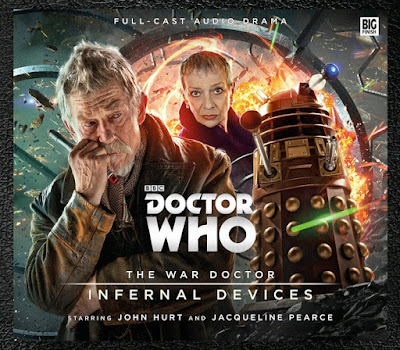 I love the comics and the mag and I am sure loads of people love the Big Finish output but....

It was inevitable I think. The last series was scheduled so badly by the BBC, not starting until after 8 on a Saturday night, affecting its viewing figures. When it comes back in Spring 2017 at least it won't be following Strictly, so hopefully will be on earlier.

Yeah, it was on too late, thanks to Strictly, and it got hammered in the ratings by X Factor and the Rugby World Cup. 7pm in March or April should be much better. Especially if they promote it properly - no trailers saying "same old, same old, just the Doctor in the TARDIS" this time please, BBC!

Absence makes the heart grow fonder so a long break might be what Doctor Who needs to generate interest again - if that doesn't work they'll have to consider a new Doctor :D