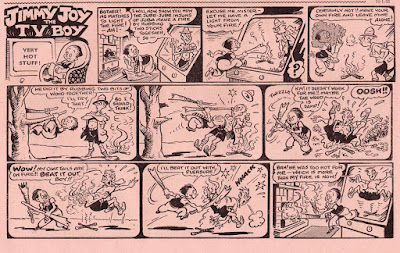 Those of you around my age may remember a sixties strip called Charlie's Choice in Smash!, that featured a boy's magic TV set that enabled characters to enter our world. Well, there was a precedent of sorts in the 1950s with Jimmy Joy, the TV Boy, that ran in Chips from 1952 to the final issue in 1953.

The difference was that Jimmy's set worked the other way; allowing Jimmy to enter through the screen into the TV programmes. The artwork was by Albert Pease, a long standing and excellent cartoonist for the Amalgamated Press comics. Here are a couple of examples from 1953. (Yes, Chips was printed on pink paper.) 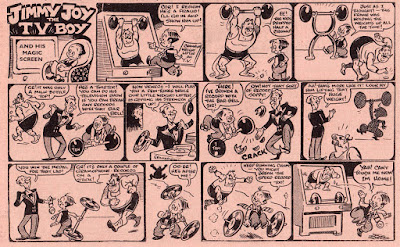 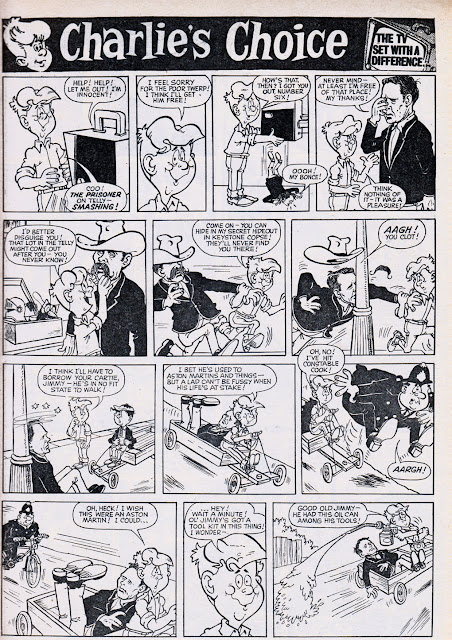 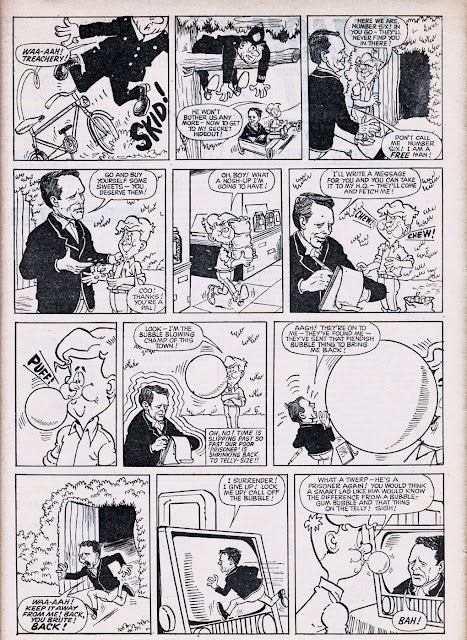 Love it! The Prisoner. I wonder if there were many other spoofs on 'Number 6' in the comics.

I have no recollection of this at all although I bought smash regularly. Thanks lew

Really? Charlie's Choice was in practically every issue for the first few years. Surprising what we forget.

Was it a theme for Charlie to parody particular programmes? I suppose in 1953 - even with the Queen's coronation as the sales offer - fewer people actually had a TV to know what was on. And you couldn't do -her-. Not then. Mind you, I wonder how many comics readers then were fans of "The Prisoner". I'm guessing: not as many as now.

Oh I dunno. I think most of us were pretty savvy about TV shows back then. I watched The Prisoner because, like most kids my age, I'd watched Danger Man. Back in the sixties, kids watched TV as a family, so an evening's viewing would take in anything from sitcoms, World In Action, Coronation Street, and the ever-popular ITC adventure shows.