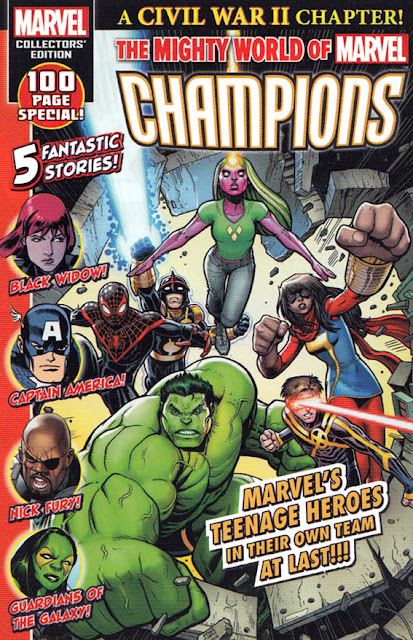 Next month, The Champions takes over as the headline strip in The Mighty World of Marvel, the British reprint anthology. The last few issues have seen Guardians of the Galaxy on the masthead, but the arrival of the Champions team of teen heroes will herald a change to the comic.

The Black Widow also returns in her own series that issue too. Personally I'd have thought that having her as the headline strip would have attracted more attention (with Natasha being one of Marvel's movie stars) but hopefully the Champions will bring in new readers too.

The Mighty World of Marvel No.14 (featuring The Champions) goes on sale on 19th October.

Incidentally, September 30th will be the 45th anniversary of the launch of the first series of Mighty World of Marvel, back in 1972! Here's an article I wrote about that issue for its 40th anniversary five years ago:
https://lewstringer.blogspot.co.uk/2012/09/40-year-flashback-mighty-world-of.html

Curiously, the cover of the next issue (shown above) does have some similarities to that very first cover, with today's versions of a Hulk, Spider-Man, and a stretchable superhero (Ms.Marvel)! 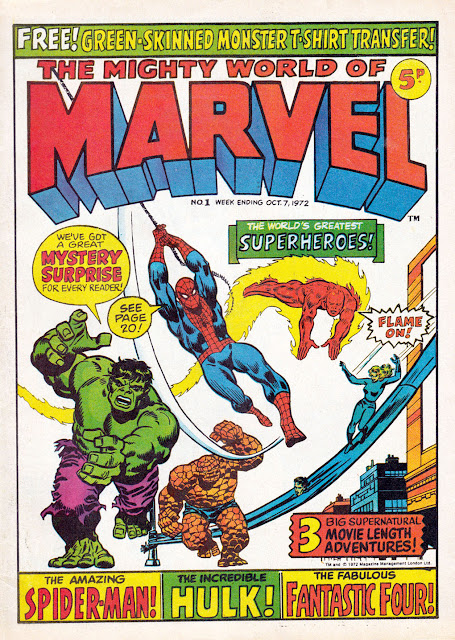 Meanwhile, this month's issue has only just been published, along with the latest issues of Essential X-Men and Deadpool Unleashed. You'll find them in WH Smith and selected newsagents. Here's the info... 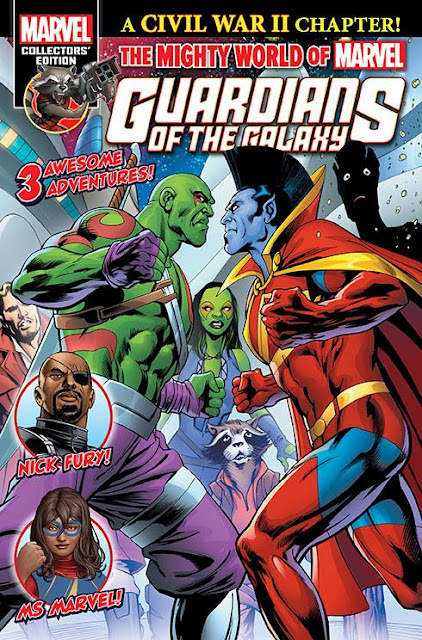 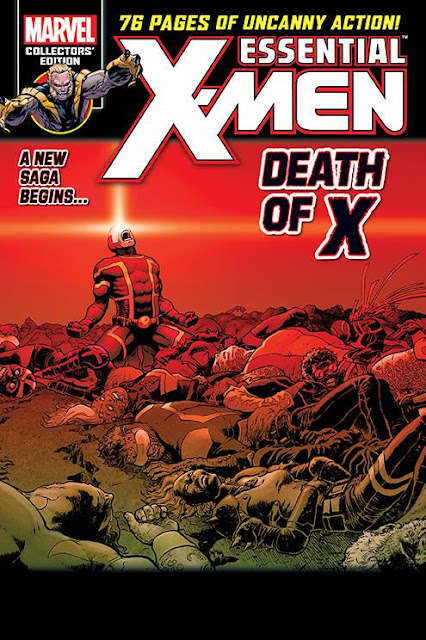 ESSENTIAL X-MEN #15. On sale 21st September!
76 pages of Mutant Mayhem! Three uncanny tales! £3.99!
At last the dark truth can be revealed: what happened between Cyclops and the Inhumans that led to disaster for the X-Men? Find out in ‘Death of X’ By Jeff Lemire, Charles Soule and Aaron Kuder!
Magneto discovers the power behind the new breed of weaponized mutants! By Cullen Bunn and Greg Land!
The Original X-Men battle demons in Miami! By Dennis Hopeless and Mark Bagley!
Featuring material first printed in Death of X #1, Uncanny X-Men #13-14 and All-New X-Men #16 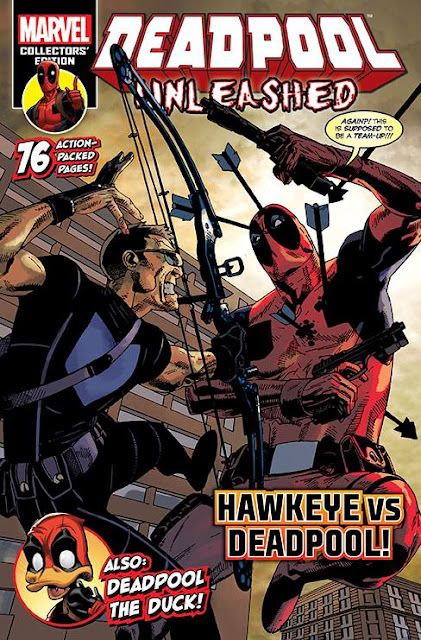 As a kid, I enjoyed the Champions (Hercules, Ghost Rider, Black Widow, Iceman and Angel). But for better or worse, the perception was that they were third-rate, akin to a substitute of a substitute football team if we must use a sports analogy. I remember one person saying something like, "Oh, so the Champions consists of characters not even strong enough to make the Defenders - and certainly not popular enough to make the Avengers."

Not saying that was correct, but some have said perception is EVERYTHING. And it can be. It was. I remember some even seeing the Defenders as second-rate (even though they weren't). The Avengers cast a big shadow - and a lot of other teams were seen as inferior. Perceptions, eh?

The original The Champions ran for 17 issues. I'm told they weren't allowed to use major villains so that was a barrier. Some of the tales were fun. I'd have liked a longer run.

So, I look forward to seeing MWOM feature the modern Champions. There have probably been many more super-teams since the Champions debuted in 1975. Hopefully, the modern incarnation will prove popular - and negative perceptions won't be a factor.

I'll be interested to see it. I've purposely avoided the US mag because I knew reprints were going to appear in MWOM. I'm not too keen on all the teen versions of Marvel heroes (much prefer the original Hulk) but they might work better as a team. I still don't know why 1960s Scott Summers looks like he's 12 now he's in the present day though.

Seems pretty obvious to me why they're promoting Champions instead of Natasha - Black Widow ended months ago, whereas Champions is still going, solicited up to issue 15. Also, they've been promoting Champions ever since the last issue of Incredible Hulks. Best to make it clear that it's finally arrived.

Black Widow is back in the next issue though, and the public know the character. They don't know the Champions from Adam. Panini tend to headline characters related to the movies, so I'm surprised they're cover featuring a team that WH Smiths customers will not have heard of.

Different Hulk, different Spidey, to the ones the public know, so new readers might feel cheated. Anyway, I hope it works, for the sake of the comic.

That "kiddie Cyclops" is supposed to be 18 or 19. It's a failing of the modern artists that they draw him as practically a child. Yet another glitch in Marvel continuity.

On the subject of CEs, I'd like to see a supervillain CE.

I know, I know, the market could not possibly sustain another CE. It's a pipe dream. But a villain-centric CE would be for me (I'd buy every issue!). In recent months, the likes of Kingpin and Bullseye have had their own titles; and others have had them. And then there's classic stuff, e.g. first appearance of Dr. Doom, the Galactus Trilogy, etc.

I meant Black Widow ended months ago in America. They're promoting the series that they'll probably still be featuring a year from now (assuming readers' letters don't tell them it's unpopular), whereas Natasha's destined to get swapped out for some other character (I'd guess the remainder of the Silver Surfer run, which has one issue left in the US) a few months from now.

That villain CE is definitely a pipedream. Considering that they don't even have enough villain books in the US to use right now. Thanos and Venom are the only ones that come to mind that aren't already cancelled. Well, Deadpool too I guess (his US comics are about to be renamed "Despicable Deadpool") but he already has a CE of his own.

I doubt Champions will be the cover feature in 12 months time. With Black Panther coming up as a movie I'm expecting him to star in MWOM early next year. We'll see. (Readers letters aren't necessarily a good indication of popularity, especially as they often don't have enough to fill a letters page.)