Bog-Man! A new hero for our times 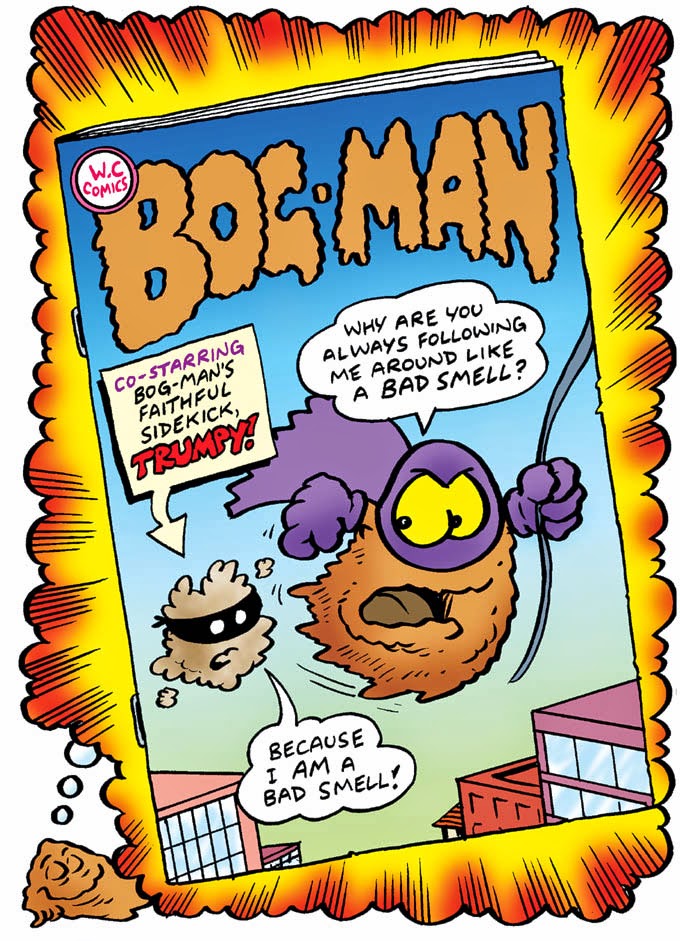 The latest issue of Egmont's Toxic, out now, features something a bit different from me; a story within a story. In the Team Toxic strip Stinky Hero, Bog is knocked out and dreams of being a superhero, - Bog-Man!

Superheroes are very popular with kids these days thanks to blockbuster movies and games (and comics of course) so I thought I'd reflect that with this Batman parody. As this is Toxic you can expect lavatorial humour of course, particularly with Bog-Man and his sidekick Trumpy riding their Bog-Mobile! (Some of you may notice a certain old character of mine making a cameo appearance here too. Yes, it was inevitable that Tom Thug would become a white van man!) 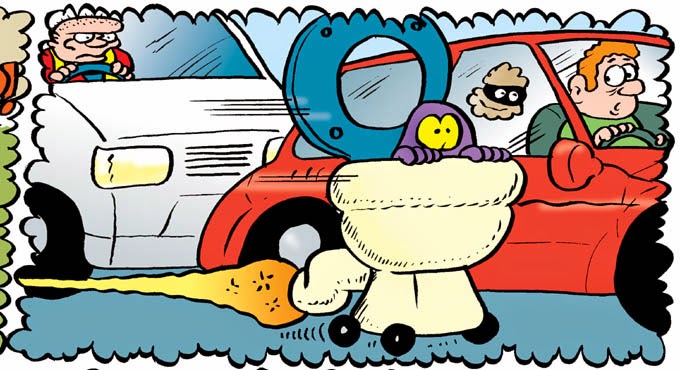 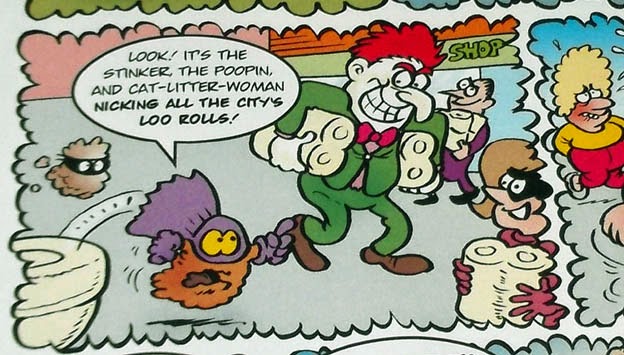 The two page strip appears in Toxic No.251, out today, which also includes various features for kids on superhero movies and games plus Russ Carvell's Captain Gross strip. All bagged up with a bunch of gifts for just £2.99.
http://www.toxicmag.co.uk/ 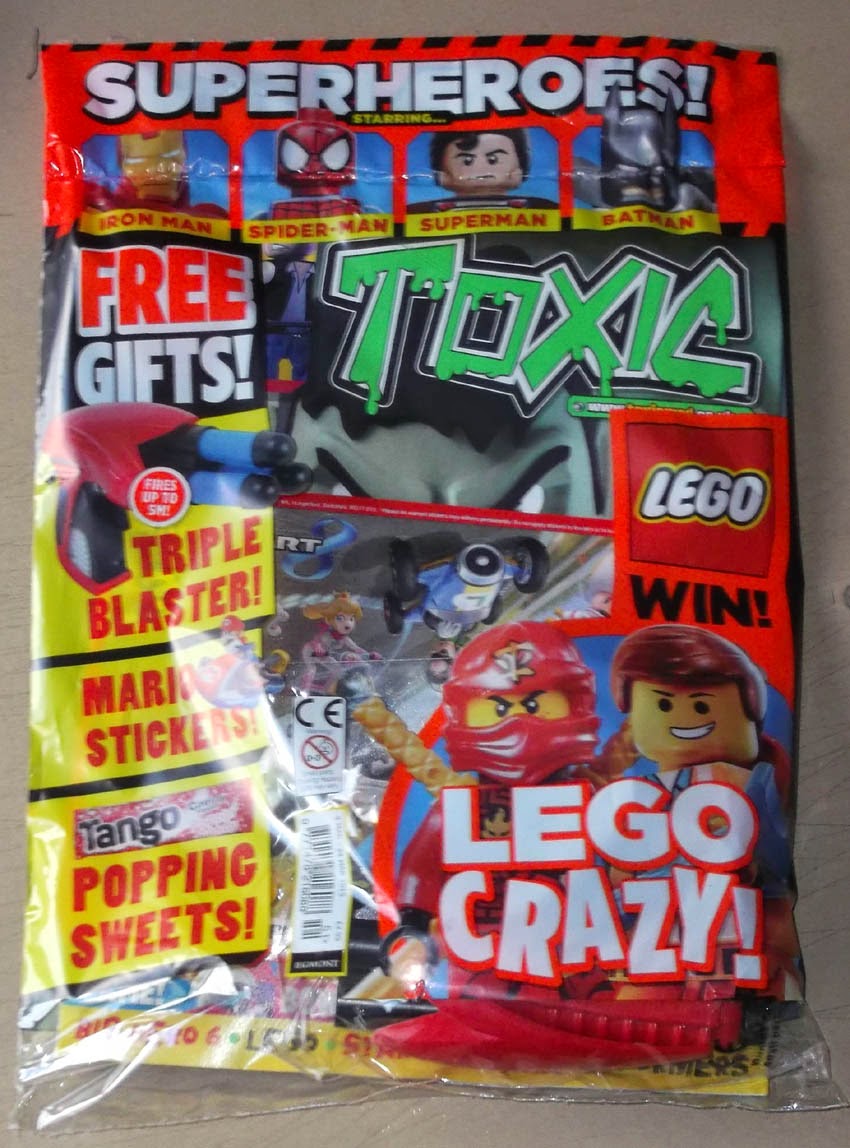 Yep, if publishers want toilet humour I just go with the (over) flow. :)

I'm not a fan of toilet humour now as an adult but as a kid (and this is who this is for) I would have loved this especially the Batman parody element. I'm sure it will go down well with its audience and it looks a bit smarter than other similar tales.

Thanks Paul. The remit in Toxic is for 'gross humour' but I always try to make my strips so ludicrous and daft that hopefully the humour is in the silliness more than anything else.

Months ago I was in a discussion about this on a forum. Some were saying that although they thought it was funny if someone farted in public, they didn't like it in comics. My viewpoint is completely the opposite. I find real-life 'gross humour' childish and obnoxious, but in a comic I can exaggerate it to hopefully raise it above the gutter. However, whether I succeed or not depends on the reader of course.

This is not a criticism but there would never have been this kind of toilet humour in the '70s, I'm sure. It just shows how things have changed. I remember being about 10 and I was reading one of the Three Investigators books (of which I was a big fan) and there was a line where one of the characters, Jupiter Jones, "broke wind" - I wouldn't say I was shocked exactly but I was taken aback !!

You're right Colin. Ken Reid used to try and smuggle drawings of dog turds into the backgrounds of his strips but the art bodgers were instructed to white them out. Although in the very last Nervs strip in 1969 Fatty falls into a sewer and half drowns, and there are some suspicious looking objects floating around as he swallows the murky waters.

Kids have always giggled at toilet humour but comic publishers avoided it until other media popularised it. (Garbage Pail Kids, etc.)

This 'Bog Man' story is a bit more focused on it than I'd usually do. Not every Team Toxic strip is that dependent on it.