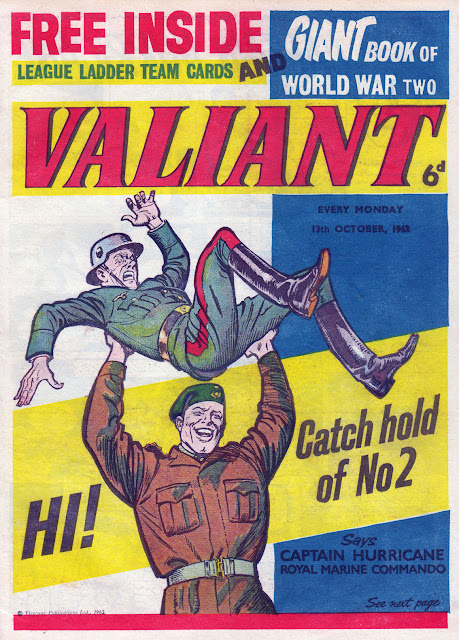 It kicked off with another striking cover by Geoff Campion, with Captain Hurricane about to lob a terrified Nazi. Good for him! Inside, R.Charles Roylance illustrated the three and a half page Captain Hurricane strip. As you can see, this was before Roylance exaggerated Hurricane's physique and "Ragin' Furies" to more cartoonish levels. 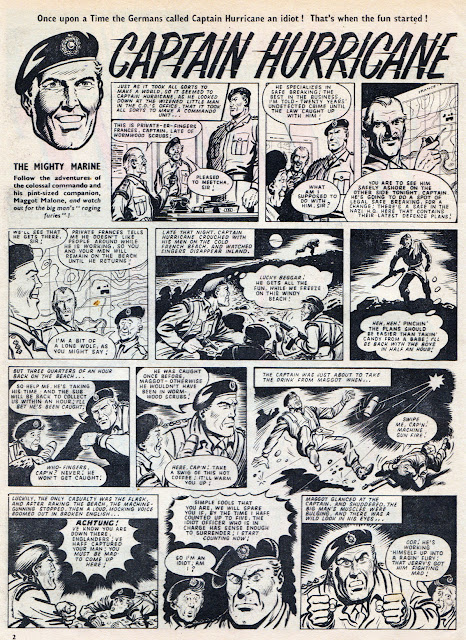 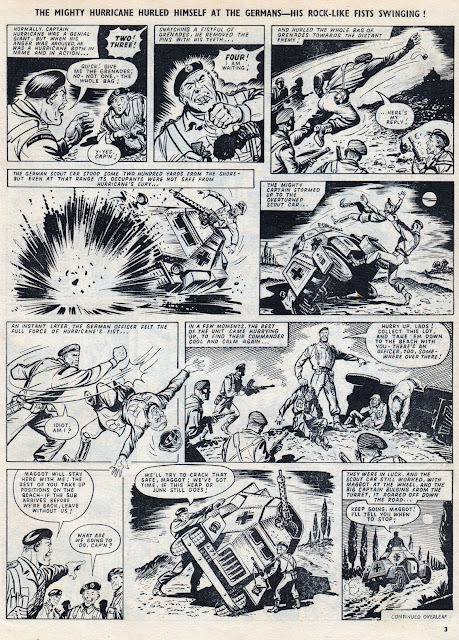 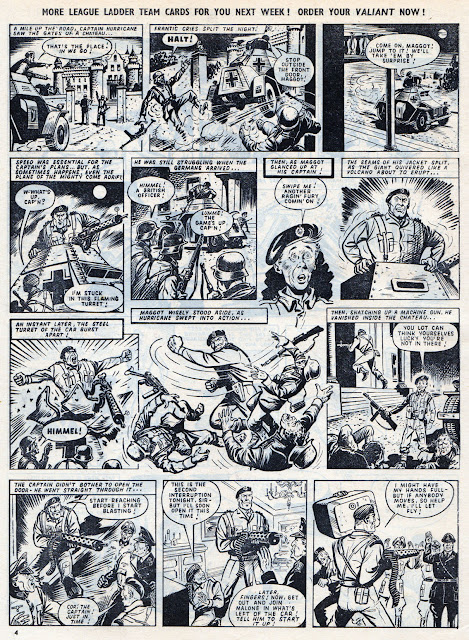 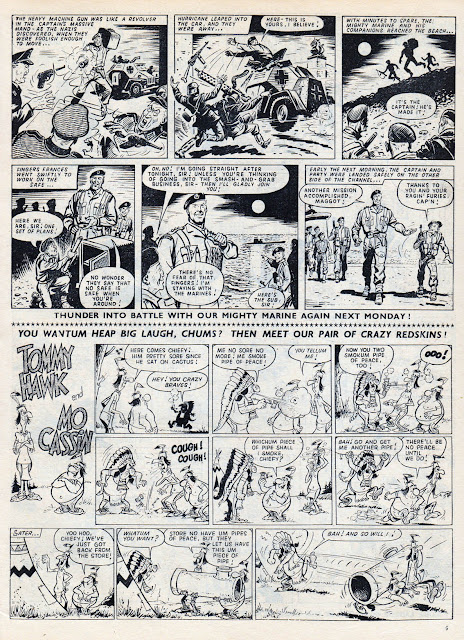 The second episode of The Steel Claw by Ken Bulmer (writer) and Jesus Blasco (artist) saw Louis Crandell embark on his life of crime... 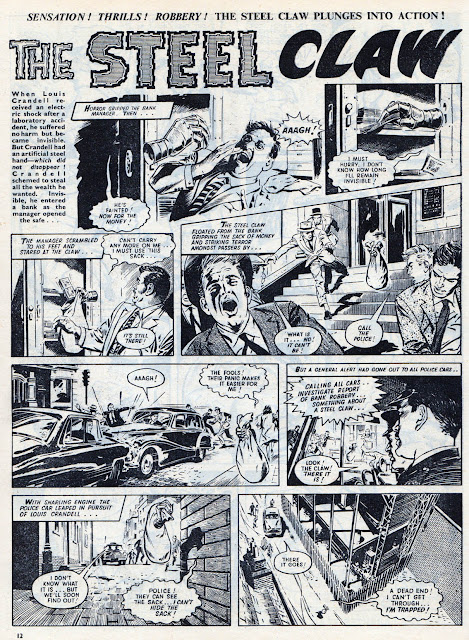 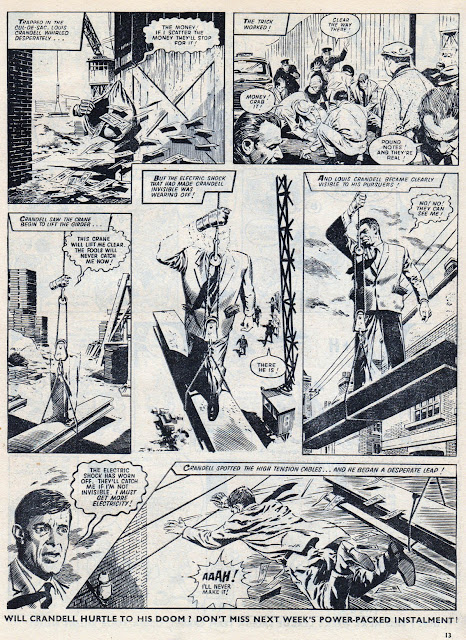 Although it was a new comic, Valiant contained a few reprint pages from the outset. One of which was Paladin the Fearless, a British translation of the French strip Belloy, drawn by Albert Uderzo. (More info:
https://bearalley.blogspot.co.uk/2007/04/paladin-fearless.html ) 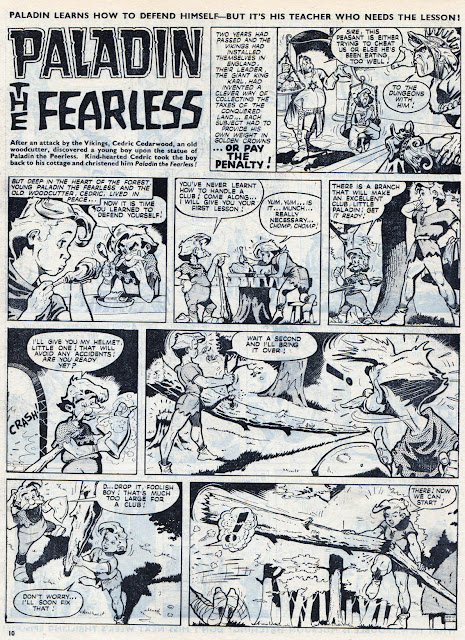 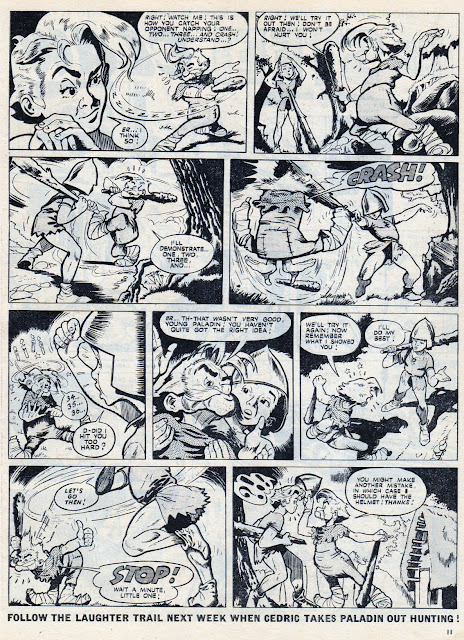 Another reprint was from a source closer to home. Jack O'Justice was a renamed Dick Turpin strip that had appeared in Sun comic in 1953. Art by the very versatile Hugh McNeill.  Valiant would continue to reprint more renamed Dick Turpin strips like this for a while, before commissioning brand new Jack O'Justice strips at a later date. Towards the end of the Sixties, the strip was brought into the present day with the character's descendant, Jack Justice. 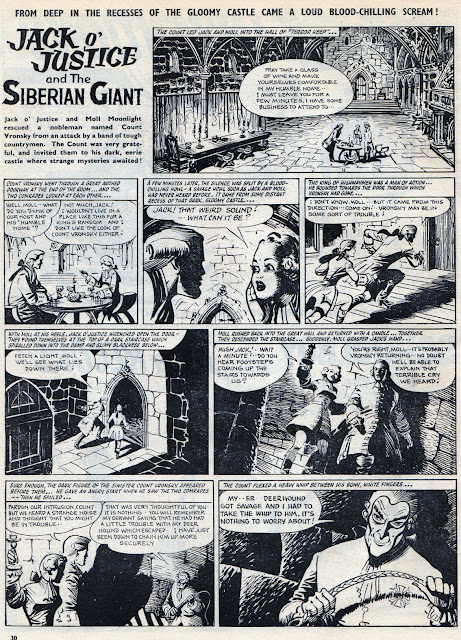 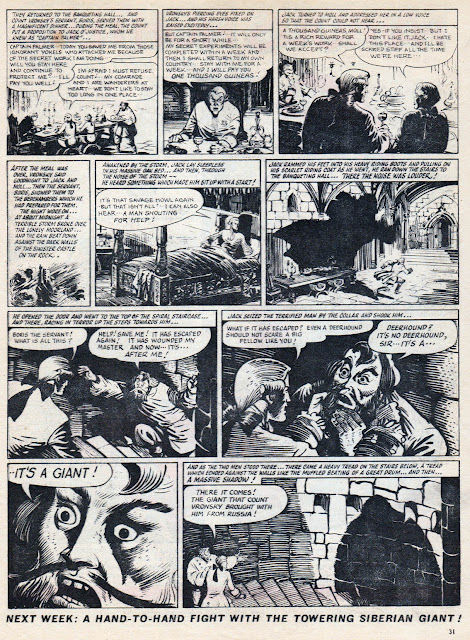 The back page of Valiant No.2 featured another Famous Fighters article illustrated by Geoff Campion. 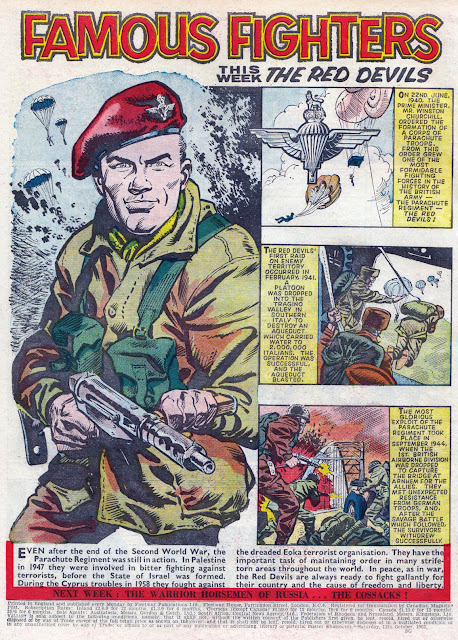 I hope you've enjoyed these brief glimpses at the early issues of one of Fleetway's leading comics.


UPDATE 5/9/17: My thanks to 'matrix' of the Comics UK Forum for these photographs of the free booklet from Valiant No.2.

Thanks for another nice history lesson. I admit these are my favourite pieces as this type of information is hard to come by in Canada. One question, was Tom Tully still writing Luis Crandell's adventures in '73 when the strip was known as The Return of the Claw. Also I presume Roylance is the correct surname name for the artist on Captain Hurricane. Some article I read somewhere gave it as Rylance.

Yes, I believe Tom Tully was the writer on the 'Return' series too. I think he wrote most, if not all, of the weekly strip, although others scripted the pocket-sized Fleetway library editions.

Yes, Roylance is correct. It is an unusual name, and I too thought it should be Rylance at first but all the research points to it being Roylance. Thanks for commenting!

You mentioned Jack O'Justice and its sequel Jack Justice. One thing I liked about the first episode of Jack Justice was that it established that Jack O'Justice and his gal pal Moll Moonlight got married, and were the modern Jack's ancestors. Rare to see that sense of closure in a weekly British comic.
Also rare to see an adventure character have a female sidekick, although Valiant did do that from time to time. Jack Justice had Diana Dauntless, the boxing character Kid Gloves had a steady girlfriend called Velvet Mittens, who managed his career at one point, and Raven On The Wing was often graced by the presence of football manager Baldy Hagan's daughter Jo

Velvet Mittens has to be the best name ever!

My mistake, John! Ken Bulmer was the original writer of the Steel Claw. Tom Tully took over in 1963.

I've corrected the post. My thanks to Rob Hansen for pointing out my error.

Steel Claw is published in Turkey in a children magazine in 80's without any legal agreements. And with a ideological background he was completely turned into a Turkish-Muslim hero.